This year's Six Nations Championship generates a lot of excitement among all rugby union fans, so we prepared some valuable Six Nations 2022 betting tips for you. One of the biggest questions is whether the trophy will leave Great Britain for the first time since 2010. According to bookmakers, there's a big chance for the Six Nations winner to be from continental Europe. The current Six Nations 2022 winner betting odds have France as the main favourite, priced at 2.50 at Bet365.

Of course, Les Blues don't have a big advantage over their British opponents as England (3.50), Ireland (4.00), Wales (9.50), and Scotland (11.00) are all capable of winning enough games to be crowned the Six Nations 2022 champions. As always, only Italy is a true outsider but even they may be able to finally defeat some this year. Read our preview to discover the latest Six Nations 2022 sure tips and Six Nations best rugby odds. You'll also learn where to watch Six Nations matches live.

Six Nations Championship goes back to normal this year. All matches are scheduled to take place between the 5th of February and the 19th of March. Each of the five game weeks features three matches and in the end, every team plays each other once. As chosen by the participants, the hosting cities are London, Paris, Dublin, Rome, Edinburgh, and Cardiff. For the first time since 2019, one of fifteen matches will be played on Friday instead of on Saturday or Sunday.

As usually, apart from the main Six Nations trophy, there are additional titles that can be won during the tournament. The Grand Slam will be awarded to the team that wins all five matches, the Triple Crown will go to one of the four British teams that defeats all of the other three, and the Wooden Spoon will be given to the worst team that presumably is going to be Italy.

He’s a good choice, he’s a leader and obviously one of the first names on the team sheet. He’s a Test match player. He’ll be good for them I think. - Sexton’s comment on Biggar named Wales' captain, Six Nations official website

While Six Nations 2022 rugby union betting odds have already been released, we can see that it's very hard to write off any team other than Italy. Bet365 has France (2.50) as the strongest candidate to become the Six Nations winner. William Hill has a hard time deciding on the other Six Nation 2022 favourites – this is why England (3.50), Ireland (5.50), and Wales (6.50) are so close in the ante-post Six Nations 2022 odds.

Scotland is the last of the teams who can be considered as potential Six Nations champions. Unibet sets them at 11.00, while Italy is available there at huge 501.00. Overall, if you're looking for the bookmakers with best rugby union betting offer, we advise you to stick with these brands. This is because Bet365, William Hill, and Unibet have arguably the best odds for this year's Six Nations Championship and you won't make bigger profits anywhere else.

What are our best Six Nations 2022 rugby union tips? First of all, we want you to look at a different market than the traditional winner offer. Let's focus on the Grand Slam trophy. One of the most secure Six Nations rugby betting tips is for none of the teams winning it. Why? Mainly because this year, the differences between the best teams are very small, which makes it difficult to defeat everyone. You can get juicy a juicy price of 1.73 at both Bet365 and William Hill for such an outcome.

Moving on, we have Six Nations winner tips, too. This time, we want you to rely on what bookmakers say and bet on France to win the whole competition. Les Blues haven't won Six Nations since 2010 and they want to end this bad streak badly. It's not a coincidence that most Six Nations Championship rugby union picks are in favour of them. If you want to follow this Six Nations champion tip, you can get a fair price of 2.50 at each of our recommended bookies.

We conclude our Six Nations 2022 betting picks with the Triple Crown trophy. Here, our Six Nations 2022 betting tip is for England to win it. We expect them to defeat Ireland and Wales quite easily. As for Ireland, we also think it's England who will win, especially since that match will be played in London. Also, they have the most Triple Crown trophies among the British teams, so we're leaning towards bookmakers again who offer around 2.50 for such a result.

Check out the best Six Nations 2022 predictions from our tipsters!

Here's great news – you can get a generous Six Nations 2022 free bet offer from all of our recommended sportsbooks. If you register there as a new player and your very first bet is lost, you can get a refund in free bets worth up to €50 at Bet365, €40 at Unibet, or €30 at William Hill. So, this is a great opportunity to place your first Six Nations 2022 bet at lower risk and if it's not a winning one, you'll still be able to play.

It's very easy to create Six Nations value bets via any of the online bookmakers promoted in our preview. All you have to do is to have an active player account at their websites. You can register at any time using our links and promo codes that entitle you to great welcome bonuses. Then you just have to go to the rugby union section, choose the Six Nations market, and place your 2022 Six Nations Championship sure bets at the highest odds available on the market.

You can also use your betting tips in our free tipster league for real money and use the prizes to bet at your favourite bookmaker.

Rugby union fans in the United Kingdom and Ireland can catch Six Nations 2022 live broadcast on channels such as ITV and BBC. However, if you don't have access to television, there's an alternative way to follow free Six Nations 2022 live streaming. You just have to go to Bet365 or Unibet and check whether they offer Six Nations rugby online stream in your location. However, they may require having at least €1 in funds on your account, so you can always find out more about available rugby live stream options on our website.

This year, the first Six Nations matches are played on the 5th of February and the last games are scheduled for the 19th of March.

Currently, odds released by Bet365 have France (2.50) and England (3.50) as the main contenders to win the Six Nations Championship this year.

5.3 ❓ Where to bet on rugby union Six Nations Championship?

If you want to find the best rugby union odds for Six Nations 2022, we encourage you to register at one of our most recommended bookmakers that are Bet365, William Hill, and Unibet.

If we were to pick only one from our Six Nations 2022 betting tips, we would advise you to bet that none of the teams will win the Six Nations Grand Slam this year.

Bouris90 over 1 year ago
I'm not much into rugby but I always support the weakest teams, in this case - Italy. I hope they will manage to win at least one game...
Show all comments 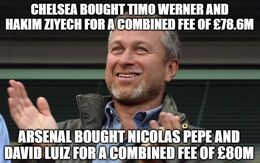