Fresh from their 2-7 defeat to Aston Villa, should we be wagering against the English champions in our Ajax vs Liverpool betting tips?

It’s very early days in the 2020/21 season, but the Reds have lost their air of invincibility and their opponents in the first week of the Champions League, Ajax, are poised to strike. So who will triumph in Amsterdam? Our predictions for Ajax vs Liverpool will aim to find out.

You won’t find Jurgen Klopp and Liverpool panicking just yet, because only four rounds of Premier League matches have been played, but let’s look at the facts: they conceded seven against Aston Villa and three against Leeds United, and so the defensive solidity on which their Premier League and Champions League triumphs were built appears to be under threat.

As for Ajax, you may recall that they were topping the Eredivisie table last season when the campaign was curtailed due to the coronavirus, and so you would think that the Dutch side were feeling pretty positive about their chances.

Everybody knows how good Ajax was two years ago and they will always build a proper new squad and a proper team. Midtjylland is for different reasons...one of the most interesting teams because they have quite a specific way. These are the few pieces of information I have without knowing that we will face them, and Atalanta is obviously a really exciting project since a couple of years. They play pretty good stuff as well so for me it looks like it’s a proper football group. - Jurgen Klopp about the group stage draw, LFC TV

However, Ajax’s reputation as a ‘selling’ club precedes them, and once again this summer they were plundered – Hakim Ziyech, Donny van de Beek, Sergino Dest and Joel Veltman all leaving the Amsterdam outfit for pastures new. They were all key players too, so how will Ajax move forward this season?

It appears as though we have two teams here with more questions than answers, so how will this Group D clash on October 21 pan out? Let’s take a look in our betting tips for Ajax vs Liverpool.

2. Betting Odds for Liverpool vs Ajax

The odds for Ajax vs Liverpool have been released, and the major bookmakers have the English outfit as their comfortable favourites. The Ajax vs Liverpool betting odds have the Reds as a strong favourite, with Ajax priced as a clear outsider. But are those prices correct? And where does the best of the value lie?

Before you bet on Liverpool vs Ajax game, find what our helpful tipsters have to say!

You have to feel a bit sorry for Ajax. They simply cannot offer the money to keep their best players, nor is the Dutch Eredivisie the kind of league where big name stars want to see out their careers.

So every season there is the need to rebuild, and once again the 2020/21 campaign will see Ajax having to find a new way to play without Ziyech, Van de Beek and the like. Their attacking play will be built around Dusan Tadic, Quincey Promes and the likes of David Neres and 37-year-old Klaas Jan Huntelaar. It doesn’t bode well.

At the other end of the pitch, the impressive Andre Onana has hung around and will play in goal while Daley Blind and Nicolas Tagliafico will be as solid as ever in defence.But it’s not a vintage squad by any means, and our Ajax vs Liverpool predictions have to reflect that fact.

As for Liverpool themselves, we expect a significant improvement on the horizon. The likes of Sadio Mane and Thiago Alcantara have been battling COVID-19 – that has hardly helped them settle into the new campaign, while defensively the Reds will be much more solid with the return of Alisson in goal and Joel Matip at the back.

Essentially, it’s a waiting game until Jurgen Klopp’s men are back at full strength and firing on both cylinders, and the bad news for Ajax is that will likely be timed perfectly for this Champions League.

And so our Ajax vs Liverpool betting predictions have to reflect the fact that the Dutch side will have their work cut out here.

4. Betting Tips for Ajax vs Liverpool

When the odds for Ajax vs Liverpool were released, we were pretty astonished to see the English champions and former Champions League winners available as not as big favourite as usual.

In all honesty, if Ajax were a Premier League team, where would they finish in the league table? Probably outside the top six, based upon their current squad, and when Liverpool play mid-table teams they tend to be priced at odds much shorter than for this game.

And so they are the absolute value proposition here. Sometimes, we don’t need to dig any deeper than that. You can look at the goals markets, half time/full time, corners and handicaps, or you could simply bet on Liverpool, sit back and enjoy the match knowing that you have a value bet on your hands. It is worth telling you to read also our Manchester City vs Porto betting tips available in the related article and find some helpful information there.

Depending on where you are in the world, the chances are that you can enjoy a live stream for Ajax vs Liverpool on your TV, phone or tablet.

You might need a subscription package to watch Ajax vs Liverpool live streaming on your TV, but an alternative may be at hand.

Many of the leading bookmakers, including bet365 and Unibet, have live streaming channels via which you can enjoy hundreds of football matches and other sporting events every week. So why not sign up today and make a good use of our Ajax vs Liverpool betting tips!

zamcs12z 9 months ago
Liverpool is far away from their top form, I think Ajax can take a draw or even a win.
Show all comments 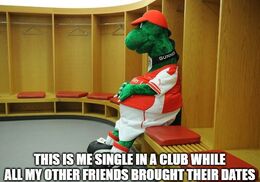 Load more fun
Articles
Play responsibly
Didn't find what you were looking for? Try our lucky clover.
Ajax vs Liverpool