Arsenal qualified from Group D by finishing second behind Borussia Dortmund, winning two of their three home games and drawing the other one. They really should have had a 100% home record but carelessly threw away a 3-0 lead against Anderlect. They also managed to score 9 goals in those three games. Meanwhile, Monaco won Group C, but their away record wasn’t overly impressive as they only managed one win, one draw and one defeat.

Arsenal have also been in good form in the English Premier League recently, suffering just one defeat in both December and January, though did lose away at Tottenham Hotspurs on Saturday.Monaco have also been in great form recently in Ligue 1 in France and remained undefeated throughout the whole of December and January, notching 6 wins from 7 games. More impressively, they didn’t concede a single goal in that time, whilst they also only conceded just one goal in their six Group C games. This match will certainly present a clash of styles and Monaco’s defensive tactics may well frustrate Arsenal, with the French side hoping to score on the counter attack. Arsenal – Monaco betting preview: Arsenal 4/7, Draw 14/5, Monaco 5/1. However, they’ll be delighted with a draw – and that looks the value.

If you’re looking for a bet at bigger odds, the 0-0 full-time score has to be tempting considering Monaco’s probable tactics – and the 9/1 looks especially generous.

However, if you think the match might not end up 0-0, then the first goalscorer market offers a viable alternative.Arsenal have scored 9 Champions League goals at home with Welbeck and Sanchez both notching three, whilst Arteta, Sanogo and Oxlade-Chamberlain have netted once each. Monaco’s only away goal in the Champions League so far was scored by Ocampus.If it doesn’t end 0-0, Arsenal look more likely to score, and it may take a moment of genius from the in-form Sanchez to break the deadlock.

3. Sure betting tips for Arsenal vs Monaco

With Monaco’s mean defence likely to have the biggest impact on the game, the best looking bet of the whole match has to be for there to be under 1.5 goals at a great looking 12/5. If you fancy either team to win the Champion League outright you can back Arsenal at 20/1 or Monaco at 100/1.

Register at bet365 via JohnnyBet

4. Use our bonus code and receive the highest betting bonus at bet365

If you haven’t yet opened a betting account with bet365, then why not add an extra layer of fun to your Arsenal – Monaco online betting, by opening an account via the special JohnnyBet bonus code: JBCODE qualifying you for a £200/$200/€200 bonus. Simply click on the bet365 banner and then open a bet365 account using our bonus code – JBCODE. By doing so, you’ll also qualify for further bonuses for Bet365 Casino, Games, Bingo and Vegas. For more great free Chamions League betting tips go to the JohnnyBet sports section. 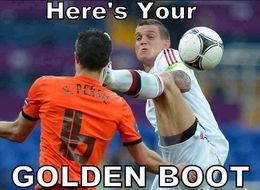