On Saturday the 1st of August we have the traditional final act of the English football calendar, the FA Cup final. Due to the outbreak of COVID-19, the FA Cup was suspended but will reach a conclusion at Wembley Stadium, London. The president of The Football Association, Prince William, has said the 2020 FA Cup Final will be known as the "Heads Up FA Cup Final" to promote good, positive mental health for everyone.

The 2019/20 FA Cup final will be contested by Chelsea and Arsenal. Both teams entered the competition as one of the favourites to go all the way and overcame difficult semi-final opponents to book their place in the final. Let's take a closer look at what could happen in our Chelsea vs Arsenal predictions . We will also bring you the latest FA Cup final 2020 betting odds .

We begin our FA Cup final 2020 predictions by taking a look at the favourites, Chelsea. They started in the third round of the competition at home against Championship team Nottingham Forest and won the match 2-0. The Blues met another Championship side in the fourth round but this time they were forced to play away from home against Hull City. Chelsea won the game 2-1 and were presented with a tougher task in the fifth round at home against Liverpool.However, Liverpool decided to field a weakened team for this game and that played nicely into the hands of Chelsea who won 2-0. Into the quarter-final and this was the first round of FA Cup fixtures to be played following the lockdown. Chelsea had another tough task on their hands as they travelled to Leicester City but came through by winning 1-0. into the semi-final and Chelsea were the underdogs against Manchester United but produced one of their best performances of the season to win the match 3-1.

To win a semi is a great thing but to win a final is the thing. We are progressing, we are getting better. - Frank Lampard for The Guardian

The Chelsea vs Arsenal betting odds have The Blues as the 23/20 favourites with Bet365 and it is easy to see why. Chelsea have seen off three of the top five teams in the Premier League this season. They will be coming into the match full of confidence having booked their place in the Champions League for next season.

Many Chelsea vs Arsenal betting tips are also leaning in the favour of Frank Lampard’s team due to the fact they are undefeated against Arsenal in their last three meetings. Chelsea won two of those three games including the 2018/19 Europa League final, which could give them the psychological advantage going into another major final.

If you have your favourite for the FA Cup Final at Wembley, you can back them up at Bet365!

Arsenal finished 8th in the Premier League and therefore the pressure is on them to win the FA Cup if they want to play in Europe next season. The fact The Gunners finished 10 points behind Chelsea in the Premier League gives an indication why the Arsenal vs Chelsea betting odds have Mikel Arteta’s team as the outsiders, priced at 23/10 with Bet365.

In the FA Cup this season, Arsenal started in the third round with a 1-0 home win against Leeds United, who will be playing in the Premier League next season. They then defeated fellow Premier League club Bournemouth 2-1 away from home in the fourth round before beating League One team Portsmouth 2-0 away from home to book their place in the quarter-final. Arsenal faced a tough match away at Sheffield United but recorded a good 2-1 win thanks to a late goal by Dani Ceballos. Into the semi-final and no one really gave Arsenal a chance against Manchester City but they produced a tremendous performance to win the match 2-0.Arsenal showed what they are capable of on their day in the FA Cup semi-final but there have also been some very disappointing performances, such as the recent defeat against Aston Villa in the Premier League. Given their inconsistency, it should be no surprise to find many Arsenal vs Chelsea predictions going against The Gunners.

Only once in their last five meetings with Chelsea have Arsenal come out on top and our Arsenal vs Chelsea betting tips suggest they could find it difficult at Wembley on the 1st of August.

Each of the last three games between Chelsea and Arsenal have seen both teams score. That is also the case for five of their last six matches and that suggests we could see both teams finding the back of the net in the FA Cup final. The FA Cup final 2020 betting odds offer 3/4 with Bet365 for both teams to score and you can combine that with a Chelsea win at 10/3.

In terms of the FA Cup final 2020 predictions for first goal scorer, many will be looking towards the likes of Pierre-Emerick Aubameyang (15/4), Olivier Giroud (11/2), Alexandre Lacazette (5/1), Christian Pulisic (7/1) and Willian (8/1). However, for those who are looking to find an outsider, Jorginho at 11/1 makes an interesting bet.

The Italian midfielder has been back in favour for Chelsea and scored in both Premier League matches against Arsenal this season. Jorginho is also a good penalty taker and could get the nod if Chelsea win a penalty.

If you are searching for a Chelsea vs Arsenal live stream look no further than the leading online bookmakers. You will find FA Cup final 2020 live streaming at Bet365 and 1XBET so why not create an account today? 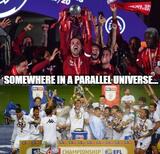 Load more fun
Play responsibly
Didn't find what you were looking for? Try our lucky clover.
Arsenal vs Chelsea