The sport of cricket has a history dating back to the 19th century. The longest test match rivalry has been between England and Australia and it seems there is nothing in test cricket more exciting than an Ashes test match.

Although the two sides only meet in test matches every couple of years, the rivalry is so hot between the two nations that as soon as one series ends, the build-up begins for the next one and there are always betting opportunities available for the Ashes even in these days when T20 cricket is so popular.

1. History of The Ashes

Before you get some Ashes betting tips, here's a history lesson of this cricket tournament. It was in the 19th century when the rivalry between these two cricketing nations began. Initially matches between England and Australia weren’t for the Ashes. In 1882, Australia won in England for the first time and the Sporting Times newspaper reported that English cricket had died, and the body cremated and taken to Australia. The English certainly take their cricket very seriously. In the 1882-83 series held in Australia, a small urn was presented to the England cricket captain Ivo Bligh. It wasn’t until the early 20th century that the series became popularly known as being for ‘The Ashes.’ The urn is kept at the MCC Museum at Lord’s in England.

Over the years there have been many periods of time when one country has dominated. Australia held the Ashes from 1934 to 1953 before England won three series in a row. The Australians regained the Ashes in the 1958-59 season and held them until a home series loss in 1970-71.

There have been a whole series of memorable matches between England and Australia. In the 1930s there was the amazing batting of the Australian Sir Donald Bradman. Then on a tour down under in the 1932-33 season, England employed the Bodyline tactic, with their fast bowlers aiming at the body causing the batsmen to protect themselves. The arguments over the policy even got to diplomatic levels.

The 1970s saw Australia’s fast bowlers get some revenge as Dennis Lillee and Jeff Thomson caused havoc. The following decade saw England stage an amazing comeback to win the 1981 series with Ian Botham in fantastic form.

The victory of Australia in 2017 series was almost absolute with only one, 4th match drawn, at Melbourne Cricket Ground, Melbourne. With no doubt, the most exciting of 2017 series, was the 5th match when England had the last chance to show what they are made of. Unfortunately for them, Australia showed they deserve the championship winning by an innings and 123 runs. The title of player of the match went to Pat Cummins, although everybody expected it to go to Steve Smith, for the third time this series.

There are always plenty of cricket betting odds available regarding any England v Australia Ashes series. There are bets available on who will win the series, each test match, the top batsman and wicket-takers, how many runs will be scored, even who will win the toss. Many bookies will be offering prices, but we recommend William Hill and Bet 365.

Check out or place cricket predictions!

Then attention will turn to the next Ashes series which will take place in England in 2019. What are Ashes betting predictions? Well...England have a good record in home tests against Australia in recent years and haven’t lost a home series to Australia since 2001. By the time that series comes around, there could be many changes in the England squad. That's why to be updated you should follow our Free Cricket Betting Tips Today. Players such as Cook, Anderson, and Broad may well have retired from test cricket. Australia are 2.1 at Bet365 to win the 2019 Ashes series and England are 2.75 at 1xBet the draw is available at 6.50.

Why not sign up at William Hill or Bet365 via our special JohnnyBet links and you will have the opportunity to claim big betting bonuses which will help you on your way when betting on The Ashes. Of course, before doing any real money betting we strongly advise reading our articles about sure betting predictions.

3. Where can you place The Ashes bets?

The Ashes betting odds are available at many of the top bookmaker websites including Bet365, 22Bet, 1xBet and William Hill. Cricket matches are really popular when it comes to betting odds and you can find The Ashes cricket bets here at Johnnybet. If you're hesitating where are the top Ashes odds, here's the list: 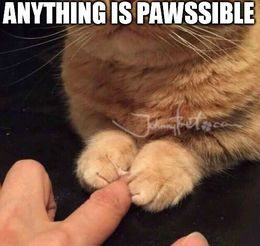