Some fixtures at first glance, seem to be very one-sided and many tipsters will suggest such a match is in prospect with their Australia vs France betting tips, which will very probably indicate an easy victory for the current holders. Bookmakers seem to agree with the French currently firm favourites, with odds of 1.24 the best on offer at William Hill.

However, France don't always start well, so nothing should be taken for granted. Here we cast an eye over some of the alternative markets and briefly preview the tie. Continue reading and learn everything you need to know before you start betting on this game.

Any punter looking for a WC sure bet will probably be drawn straight to the opening Group D fixture between holders France and un-fancied Australia. The French are about to compete in their 16th finals and have a squad littered with world-class individuals; whereas the Aussies have assembled a workmanlike set of players, who will be wholly committed, but shouldn't really be able to live with their illustrious opponents.

At the end of the day, the game is only 90 minutes, but if the players don't go out on the pitch and be prepared to give everything they've got for each other, then you're never going to be successful. - Graham Arnold before the tournament, ABC

The game itself takes place on 22nd November, at the Al Janoub Stadium, kicking off at 10 pm local time. These two actually met at the previous tournament 4 years ago in Russia, and although the French won, it was a tight affair, with the Aussies narrowly falling to a 2-1 defeat. With that in mind, an Australia vs France best prediction is for a close opening 45 minutes, but the strength and quality of champions seeing them home, for a comfortable victory.

Leading bookmakers such as Unibet, Bet365, and William Hill have wasted no time in releasing their Australia vs France winner odds, and it should come as no surprise that all three have the French as overwhelming favourites. Their prices are really competitive, as they always tend to be, given their expertise in such matters. You can see evidence of that in our preview with Germany vs Japan winner odds for the first Group E match during WC 2022.

The best odds at present have France at 1.42, with the Aussies available at a very tasty 15.00, and the draw also a possible tempter at 7.50. If a player wanted to explore some of the other Australia vs France odds, they would find an interesting proposition in the “double chance” market, where for the draw and Australia combined bet, the odds are 4.33, and given that France have sometimes started tournaments slowly in the past, that might not be a bad punt. If you believe that Australia can definitely get a goal or two, then it is 2.75 for both teams to score.

Many “experts” will take one look at this fixture and immediately declare this one of the easiest WC 2022 sure bets of this year's tournament. After all, this is the holders against a team that regularly fails to advance beyond the group stages.

An Australia vs France betting prediction that doesn't favour the French would be a brave shout. However, this tournament is different from others, taking into account the time of year, climate etc., and suddenly it's not quite so cut and dried. The world's media will inevitably have this game won by the French even before kick-off, and those Australia vs France predictions will very probably be correct, but there is just a sneaking suspicion that the Aussies could just spring a shock, or at the very least push France all the way. Additionally, remember to take advantage of our Australia vs Tunisia picks for the last group stage match for at least one of these teams.

Make sure to follow the latest predictions for Australia vs France made by our tipsters!

To ensure maximum profit from any Australia vs France betting picks, you will need some careful selection of a brand at which to undertake your WC 2022 online betting. Leading bookmakers recognise that this competition attracts many potential new customers, such as the worldwide coverage, so they provide enticing incentives, in the form of free bets, hoping that an interested punter will enjoy their site, and stick with them long term.

Standard bonus on Unibet
£40 Money Back as Bonus on your First Bet + £10 Casino Bonus (T&C Apply)
Bet on France or Australia!

Some of the big names in the industry have some fabulous promotions on offer, such as William Hill, who gives away €30 in credits; Unibet takes their bonus up to €40; and Bet365 really push the boat out with an incredible free €50, for players to fully capitalise on their Australia vs France tips. All this just for signing up, it simply has to make sense.

3.2 How to Bet on Australia vs France

Most gamblers will simply want to get their bet placed once they have made their Australia vs France betting prediction, so they will be advised to seek out a trusted brand at which to carry out their WC 2022 online betting, and they need to look no further than one of the major players in William Hill.

Australia vs France | Both Teams To Score - Best odds

Their registration process is straightforward and very quick. There are just a handful of details to provide, after which there is the option to choose a preferred currency, then following verification, that is it, the account is active and a new member can quickly discover all the relevant betting opportunities, to enable any Australia vs France betting tips to be transferred into an actual bet.

This game will kick off at 10 pm local time, on 22nd November, at the Al Janoub Stadium.

There is a lot of confidence in a French win in this fixture with early Australia vs France odds showing the holders at 1.22, and Australia are all the way out at 10.00, and it is 7.50 for the draw.

4.3 ⚽ Have Australia and France ever met before?

Yes, they have actually met 5 times before with Australia claiming a victory back in 2001, but in the most recent meeting in 2018, the French ran out of 2-1 winners.

Many Australia vs France betting tips will be heavily weighted towards the French, and if they do manage to win the game it will help with belief that there is no reason why the holders cannot go all the way again and end up lifting the trophy. 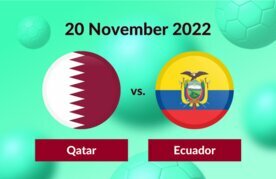 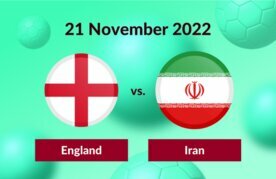 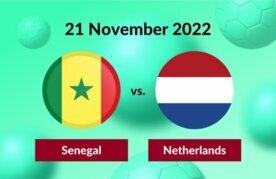 Load more fun
Articles
Play responsibly 18+
We use cookies to give you the best online experience. By using our site, you agree to their usage.
Didn't find what you were looking for? Try our lucky clover.
Australia