Days go by and we're getting closer and closer to the Golden Ball 2021 award ceremony. This year's ceremony will be held on the 29th of November in Paris. Last year was very exciting and full of surprises in football and this is why many fans and experts haven't been sure about who is going to take the Golden Ball award home. Continue below for our Ballon d'Or 2021 betting tips and the Golden Ball 2021 ante-post odds released by the best online bookmakers.

The most recent news and leaks indicate that it's Robert Lewandowski who is the Ballon d'Or 2021 winner. But will Roberto Lewandowski win Golden Ball this year? His performances are at the highest level possible - his many goals help Bayern win more and more trophies and he seems to be unstoppable. Bookmakers seem to agree with the latest news and they place the Polish striker as the main favourite in the Ballon d'Or race. He's also the strongest name in our Bundesliga top goalscorer betting tips for the 2021/2022 season available in the related article.

Moreover, many experts say that he truly deserved to win. Robert Lewandowski winning Ballon d'Or this year wouldn't be a surprise as everyone appreciates his skills and football masterclass. Last year, before the Golden Ball award was cancelled, Robert Lewandowski also was a number one contender. So, if Robert Lewandowski wins Golden Ball 2021, it will be something he's been waiting for at least a year now. And judging by his current form, he's very fueled with the chance to win it. The current odds at Unibet have him at 3.00.

He deserved the Ballon d’Or last year. And in my opinion, he has to win the award too, as he has played more consistently than anyone else over the past three years. - Julian Nagelsmann about Lewandowski and the Golden Ball, Kicker

When discussing the Ballon d'Or 2021 winner favouriteswe have to mention Lionel Messi who is second most probable winner according to betting sites. The Ballon d'Or 2021 outright odds have the Argentine at 1.35 to lift the trophy and his recent success with his country is perhaps the main reason why most Golden Ball 2021 tips and predictions have Messi as the favourite. He seems to be an obvious choice but honestly, with everything he's done in his career, he fully deserved to be among the strongest Ballon d'Or 2021 winner candidates.

The one criticism always aimed at Messi in the debate regarding his position as the greatest footballer of all time was the fact, he had not won a trophy playing for Argentina. That all changed in the summer of 2021 as Argentina defeated Brazil in the final of the Copa America and Messi finally got his hands on an international trophy. Not only did he lead Argentina to the Copa America title but Messi played a starring role in the competition.

In addition to his success with Argentina, Messi enjoyed a tremendous year at the club level from a personal perspective. He won the La Liga Golden Boot with Barcelona at the end of the 2020/21 season, scoring 30 goals in a Barcelona team that did not hit the heights of previous seasons in Spain. Messi also claimed 9 assists and took that form into the Copa America, finishing as joint top scorer and winning the player of the tournament award. Therefore, Messi tops our Golden Ball 2021 ante-post predictions with Unibet. Also, before he joined PSG this summer, he was one of the key players in our Trofeo Pichichi predictions available in the related article. However, his first months in PSG weren't great - injuries and lack of efficiency resulted in rather poor performances.

Register at William Hill and look for the best betting odds for the Ballon d'Or 2021 winner!

In terms of the other Golden Ball 2021 ante-post predictions, it is difficult to make a case for any other player to finish above either Messi or Lewandowski. The Italian central midfielder Jorginho enjoyed an incredible 2020/21 season. Jorginho was a key player in central midfield for both club and country. His biggest achievements during the 2020/2021 season include:

The Golden Ball 2021 ante-post odds have Jorginho on attractive offer with bookmakers. Some of the other 2021 Golden Ball candidates according to the most recent Ballon d'Or odds include N'Golo Kante, Cristiano Ronaldo, Harry Kane, Raheem Sterling, Keven De Bruyne, and Kylian Mbappe.

The Ballon d'Or ceremony is a glamorous occasion and you will not want to miss the Ballon d'Or online transmission as the top players in the world gather to celebrate their talent. Ballon d'Or 2021 live streaming could be available at one or more of our recommended online bookmakers, including Bet365, William Hill, Unibet, and 1XBET. Not only can you take advantage of the best Ballon d'Or 2021 winner odds but also claim a bonus thanks to our exclusive selection of promo codes.

Go to Unibet and check their live streaming offer for the 2021 Golden Ball ceremony!

The Golden Ball 2021 ceremony is scheduled for the 29th of November. It will be held at the Théâtre du Châtelet in Paris, France.

According to the most recent news and odds released by online bookmakers, it's Robert Lewandowski who is the strongest candidate to win the Golden Ball award this year.

If you don't have access to transmission on TV, we advise you to check whether sportsbooks such as Unibet, Bet365, and 1XBET have Golden Ball live streaming offer available on their online platforms.

The choice of online bookmakers is very big, but we recommend you stick to the best brands such as Bet365, 1XBET, Unibet, and William Hill as they have the best Golden Ball 2021 betting offer and you can place your bets at the best Ballon d'Or 2021 winner odds.

Do jedzenia 6 days ago
Who won Euro? Italy! Who won Champions League? Chelsea! The choice is obvious and it's... Emerson!!!! 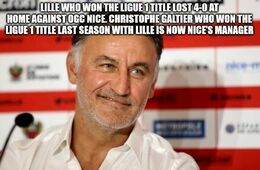