Originally a game for your PC, Bejeweled became a massive success, and has since been converted to an exciting slots style game that is featured at William Hill. The basic idea of Bejeweled is that players need to line up three or more identical symbols, which then disappear, leaving spaces for the symbols above to drop down into.

Like many of the best ideas, it's a very simple game, but very satisfying when you line up the symbols, especially if they create a further win or two.

The no download Bejeweled slot machine has repeated this huge success, and when you register at William Hill using the exclusive bonus code BETEXVIP, you get to play this and many other games using their best bonuses including free spins and deposit match offers.

Bejeweled, and its' sequel Bejeweled 2, look great and have great gameplay, with lots of extra features to add excitement to every spin. The main game takes place across 5 reels with 20 paylines, where the symbols are made up of Red, Green, Blue and Yellow jewels, plus the classic 10, J, Q, K and A icons, all in similar bright colours.

When you place a wager on a line and click to spin, if three or more of the same symbol land across that line on adjacent reels a prize is paid out. To make sure you don't miss out on any potential wins, you can place a bet on all 20 lines, which guarantees the maximum number of payouts.

There are other symbols that help you to win further prizes, with the Wild completing winning lines as it substitutes for others if needed, doubling the value of the resulting win as it does so. There are also several Scatter symbols, which trigger bonus games when three of the same type land anywhere on the reels after a spin.

The Free Spins Scatter rewards you with 15, 25 or 50 free games, when you get 3, 4 or 5 of them on the reels at once. Before they start, you will be shown a Multiplier Wheel, that you click on to stop, which will give you a multiplier amount of between 2x and 7x for each win during the round.

The Wheel of Riches symbol starts a round where a spinning wheel will reveal a multiplier win that can be a huge 500x your bet amount, but the highlight for fans of the original game is sure to be the Cascading Reactions round which takes players to a grid of jewels when three or more Bejeweled Bonuses appear at once.

Whenever three of the same jewels line up, they vanish and more drop down, creating payouts as they do so. But to give you as many wins as possible, there are Hypercubes that remove all gems of one colour, and the Red Powergem which doubles win values, and causes any symbols around it to disappear.

Bejeweled slot machine download for PC isn't necessary before playing it, and you can even enjoy it using the bonuses that William Hill Games hand out to new users who use the promotional code BETEXVIP.

The fun starts with free spins at William Hill Casino, and then continues with a first deposit bonus the doubles the amount paid in up to £300/€400/CA$500. Also William Hill Games section welcomes new players with bonus of £20.

You can use these funds to play any of their games, without a Bejeweled slot machine download free required beforehand. All the slots, table, card and arcade games at William Hill Games can be played directly online without having to install any software on a PC. This means that all the action of Bejeweled is there to play in just a few clicks when using the special code BETEXVIP. 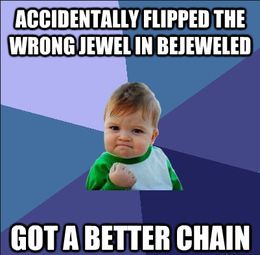