One of the classic slots from IGT, Bejeweled slot is based on the computer game where players line up 3 identical jewel icons which disappear to allow others to fall into their places. It's a very simple concept but as anyone who has downloaded the game to a PC or mobile will know, it can be played for ages without getting boring.

The online Bejeweled slot machine game is equally as appealing, but unlike the regular one, you can now win substantial sums of money on it, and with the introduction of Bejeweled 2 players now have even more chances of getting a big win.

Bejeweld is definitely one of the most popular slot machines on the market. Is simply on the same level as games like Book of Ra which are most enjoyable and popular online casino slots.

The original game is a 5 reel slot where the 10 paylines are arranged along the top, bottom and sides of the play area. Fans of Bejeweled will be familiar with the appearance of the slot, with various colorful gems representing Rubies, Diamonds, Emeralds and so on. The way the paylines are set up means that matching symbols can be lined up horizontally or vertically in a line to create a win. The size of the win depends on how many fall in a line, with 3 enough to get a prize, and should you get 5 in a row, the value of the prize increases substantially.

The Bejeweled logo is the Wild symbol, which replaces any of the other gems to make up winning lines of symbols, and should you get 5 Wilds on the tenth payline, you win a 'Super Jackpot' of 20,000 coins.

There are no traditional reels in the Bejeweled slot game, instead, when you click 'Play' jewels drop down from above to fill the screen and any rows or columns of 3 or more identical ones will disappear, with several possible at once. This leave empty spaces that the jewels above will tumble down to fill, often making up further wins, with no extra wager needed.

Free online Bejeweled slot machine game has been a hit for a number of years, but now there is Bejeweled 2 which carries over the best features and adds a few extras of its own.

With improved graphics and additional symbols, the Bejeweled 2 online slot game is proving to be just as successful as the original one. The base game is now a more traditional 5 reel slot, but the Scatter symbol starts a bonus round which works in the same way as the original. However, during this round, a red Powergem doubles the value of any win and causes surrounding symbols to disappear allowing more to drop from above, while the Hypercube symbol causes all gems of a single color to vanish, plus it awards a mystery win whenever it appears.

But that's not all as there is now a free spins bonus with 15, 25 or 50 games awarded, during which all prizes are multiplied in value. The amount is determined by a Multiplier Wheel which spins before the games start.

Last but not least is the Wheel of Riches game, triggered by 3 Wheel symbols. This quick round spins the wheel which comes to rest on a multiplier amount of up to 500x your bet amount which is then added to your winnings.

Both of the Bejeweled online slots are action-packed and both can be found at our most recommended casinos. Many of them offers playing slots for free, just fill in their registration form or enter the exclusive code like the one at Bitstarz. This qualifies you for huge welcome packages, bonuses, promotions and free spins. 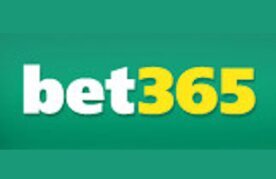 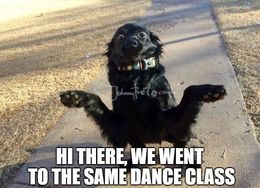