It is the best time to give you the best Belgium vs Russia predictions. With group games being played in Saint Petersburg and Copenhagen, The Russian team knew they had at least two home matches to look forward to in this group, one of which is the game against Belgium.

This match will take place on the 12th of June at the Krestovsky Stadium. It will be the second match in the group to be played following the game between Denmark and Finland earlier in the day. Therefore, both teams will know what they need to do in order to move to the top of the group. With the possibility of three teams qualifying from the group, just a single win can make all the difference and winning the first match can take the pressure off for the victorious team.

Can Russia take advantage of playing at home or will it be Belgium who make the perfect start? Read on to find out more in our Belgium vs Russia betting tips and for the latest Russia vs Belgium betting odds.

Belgium entered the 2020 European Championship as one of the favourites to win the tournament. They made no mistake during their qualifying campaign and finished top of the group having won all 10 of their matches. Only Italy managed to match Belgium's record during qualifying but even they had a lower goal difference come the end of the campaign.

The European championship is almost a home tournament for us. The bar is raised high enough, we do not want to go lower. We had a fairly high-quality qualifying cycle, and we will try to act in the same way. We want the attitude that has been in the national team recently to become stable. - Stanislav Cherchesov before the tournament, Show Sport

During qualifying, Belgium played Russia twice as they were in the same group and won both games. The first meeting came in the opening round of fixtures and Belgium won the match 3-1 at home. The second meeting between the teams was in Russia in the penultimate round of fixtures and again it was Belgium who came away with the win, defeating Russia 4-1.

Register at Unibet and find the best odds for the Belgium vs Russia match!

Therefore, it should come as little surprise to see Belgium enter this match as the favourites to pick up maximum points. The Belgium vs Russia odds have the Red Devils on offer as clear favourites to emerge victorious and take a big step towards the knockout stages of the competition.

Russia may have home advantage in this match but that does not change the fact they come into the game as the outsiders to win. As highlighted above, Russia lost both matches against Belgium in their qualifying group, conceding 7 goals in the process. However, the games against Belgium were the only two defeats suffered by Russia in the group and they finished on 24 points having won all 8 of their other matches.

Interestingly, Belgium and Russia have met twice in a major football competition with both games coming at the World Cup. Unfortunately for the Russians, they lost both matches at the 2002 World Cup and the 2014 World Cup. Records show that Russia have yet to beat Belgium in international football under their current system.

3. Where to Watch Belgium vs Russia

Belgium had little trouble scoring goals against Russia during the qualifying campaign and despite being the away team for this match, playing in Russia should hold little fear. Belgium defeated Russia 4-1 in the exact stadium this match will be played and they will be aiming for a similar result, especially with the attacking talent they have available in their squad.

Look for the best Russia vs Belgium predictions that have been made by our tipsters!

If Belgium manage to hit the same heights as they did during the group match, expect to see plenty of goals. You can surely back Belgium to score over 3.5 goals. However, Russia showed during the 2018 World Cup how they are capable of defeating teams that are regarded as being superior to themselves.

Russia met Spain in the round of 16 at the 2018 World Cup and held the Spanish to a 1-1 draw before going on to defeat them via a penalty shootout. As it seems unlikely Russia are going to be able to keep a clean sheet in this match perhaps the best possible outcome for them is a score draw. Bookies offer nice odds for the draw as well as for both teams to score.

Theye1938 about 1 year ago
But then Russians are playing on their stadium, so I wouldn't be so sure.
Show all comments 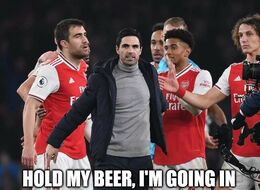 Load more fun
Articles
Play responsibly
Didn't find what you were looking for? Try our lucky clover.
Belgium vs Russia