Afer a brilliant 2014/15 Champions League, the teams have been reduced to just Barcelona and Juventus who will battle it out for the accolade of being European Champions on Saturday 6th June.

After impressive seasons, both teams have already been crowned champions of their respective leagues. They also both overcame strong opposition in the semi-finals and, though Bayern Munich fand may disagree, it is hard not to argue that the season’s best two teams have reached the final – which promises to be a thriller!

There are lots of ways to bet on Champions League final whether you like to bet big at short odds or bet small stakes at double-figure prices. However, one way you can certainly have a bit more money in your pocket to enjoy betting with is by opening a new customer Bet365 account via the JohnnyBet bonus code – JBVIP. This will get you a matched deposit bonus of £200, $200 or €200.

Bet on FC Barcelona at bet365

Bet on Juventus at bet365

If you’re one of those punters who like betting lots at short odds then you might want to consider taking the 4/11 UEFA Champions League final odds that Barcelona win at anytime, or the 8/13 that they win during 90 minutes. Their form has been scintillating all season and you only have to look at the fact that they’ve conceded just 19 goals in 37 La Liga games this season to know they’re going to be very hard to beat.

However, Juventus fans will point to the fact that Real Madrid came a close second to Barcelona in La Liga and the Italian Champions had too much game for them in the semi-finals. Juvenus have also scored in their last 7 games, and they may not be the pushover everyone imagines they will be. Of course you could still play the 4/11 for Barcelona to be crowned champions, and still collect if it’s a draw after 90 minutes – but perhaps the 3/1 for a draw at full-time represents a bit of value in the Champions League final Juventus vs Barcelona betting.

However, we much prefer to get involved in the correct score betting markets. If the game is to be a draw the it’s very hard to see Barcelona conceding more than one goal against a Juventus team who would be happy to play defensively and nick it on the break 1-0. Therefore the 7/1 that the game ends 1-1 after 90 minutes looks the value bet.

Of course, if the final is as entertaining as everyone expects it to be then we’re never going to want it to end – and it may be worth having a bet on it going to penalties. It’s 12/1 that Barcelona win on penalties – and what a night that would be! 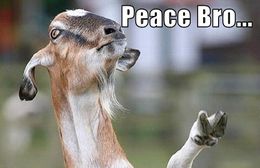