Therefore, next seasons final will be played at the Krestovsky Stadium in Saint Petersburg, Russia, as the venues have each been pushed back one season.

We begin our Champions League final 2021 betting tips by taking a look at the defending champions, Bayern Munich. They fully deserved to win the Champions League last season as they were clearly the best team in the competition. Bayern Munich won their group with a 100% record and went on to defeat Chelsea, Barcelona, Lyon, and Paris Saint-Germain to lift the trophy.

Who will win the Champions League?
Bet
Odds

Looking at the draw for the group stage this season and Bayern Munich will be happy to see Atlético Madrid, Red Bull Salzburg, and Lokomotiv Moscow. With the addition of German international forward Leroy Sane, Bayern Munich are going to be difficult to stop and it would be a shock if they did not reach the final of the Champions League this season.

When predicting who will win Champions League final 2021, much will depend on the draw in the knockout stages as different teams will play each other when the seeding and country restrictions are removed. However, if Manchester City were to win their group, along with Bayern Munich, they would avoid each other in the round of 16 and possibly go all the way to meet each other in the final.

Of course, you know you’re going to play against good teams. It just shows the challenge we’re facing and how far we’ve come. Istanbul almost got to the quarter-finals in the Europa League as well. Now they’ve signed Rafael and it will be a nice little reunion with him. We’ve got that experience and you want to play against the best players in the world and they certainly have a few of them. We have always wanted to be in the Champions League. We’re known for playing really well against good teams so we’re looking forward to it. - Ole Gunnar Solskjaer during his press conference, goal com

Raheem Sterling, Gabriel Jesus, Sergio Agüero, Kevin De Bruyne, Riyad Mahrez, and Bernardo Silva are fantastic forward thinking players but their problems could come in defence. If the addition of Rúben Dias and Nathan Aké can make the difference, Manchester City could reach the 2020/21 Champions League final, with the possibility of playing Bayern Munich if the teams are kept apart in the draw.

If you still need some Champions League final tips, check what our tipsters have to say!

Read on for more Champions League final betting odds as we look at some of the other teams who have the potential to reach the final.

Continuing our Champions League final predictions and we come to another Premier League club in Liverpool. They won the trophy in 2019 that also played in the final of the previous season so know what it takes reach the showpiece occasion. Liverpool have kept their Premier League title winning squad intact and have added the experience of Thiago Alcântara to central midfield.

Jürgen Klopp was extremely disappointed to see his team lose in the round of 16 last season but the group stage draw has been kind to Liverpool. It would be a massive shock if they failed to reach the knockout stages this season and Liverpool are an extremely dangerous team in knockout football. You would not back against them when making Champions League final 2021 betting tips and Liverpool are one of the main contenders with Bet365 to win the competition.

Some of the other teams capable of reaching the 2020/21 Champions League final include last season's runners up, Paris Saint-Germain, Spanish trio Real Madrid, Barcelona, and Atlético Madrid, plus the English Chelsea and German Borussia Dortmund. If you are surprised by the lack of Italian teams, maybe you can find some answers and get familiar with Calcio tips by reading the related article.

You can put your Champions League final betting tips on the line by taking advantage of the many great promotions we have available for the bookmakers highlighted above. 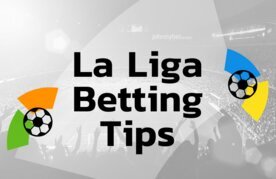 Keirock57 6 months ago
Do it again, Bayern!!! Show them all who's the best team in the world, mia san mia!!!
Show all comments