The gulf in class between Bayern Munich and Chelsea was clear for all to see in the first leg of this Champions League last 16 clash, which the Germans won 3-0 with a dominant display at Stamford Bridge.

The Londoners will now need a minor miracle to come away from the Allianz Arena with a positive result, but the good news for bettors is that there is still plenty of value to be found in this second leg, which will take place on August 8th. The match will be played behind closed doors to avoid uncontrollable spread of the coronavirus.

In our Bayern Munich vs Chelsea predictions, we will explore all angles of this game, and see if any case – no matter how unlikely – can be made for the visitors.

If not, we’ll reveal just how many we expect Bayern to beat them by!

Let’s get the formalities out of the way first: in the ‘to qualify’ market, Bayern are as short as 1.50 with Bet365 to make it through to the quarter finals.

Learn the current betting odds and bet wisely! Bayern at 1.36 with Bet365.

The bookmakers see absolutely no way possible for Chelsea to score the three goals they need – and the clean sheet – to take this tie into extra time, but the most optimistic of bettors can back the London outfit at 67.00 to overcome all of the odds.

More of interest are the Bayern Munich vs Chelsea odds that pertain to this second leg, and in those the Germans are priced at 1.33, the visitors at 8.50 and the draw at 5.25.

The first leg of this tie was instructive for bettors, because it focused solely around Bayern Munich pouring forward and trying to score while Chelsea tried manfully to prevent them from doing exactly that.

It was goalless at half time, which suggest that Frank Lampard’s men were at least successful in that regard, but they came unstuck in the second period when Serge Gnabry scored twice in the space of three minutes.

It wasn’t long before Robert Lewandowski, naturally, was also on target, and at 3-0 with more than 15 minutes to go it looked as though the floodgates might open for the Germans.

But Chelsea were able to at least hold on to some semblance of respectability, even if Marcos Alonso was sent off late on and Jorginho received a yellow card that will see him suspended for this second leg.

So where do we go from here? Well, Bayern will not rest on their laurels in the second leg, and they will look to win on home soil with no regard given to resting players.

Indeed, they are shaping up as one of the more likely winners of this tournament, and Chelsea will surely need to man the barricades – given their lengthy injury list and players suspended – to come away with anything other than another heavy defeat.

With a three-goal cushion, the hosts will enjoy this Bayern Munich vs Chelsea Champions League encounter, and it is hard to see past this exciting team from achieving anything other than another heavy victory.

So how can we make our expectation of a heavy home win count in our Bayern Munich vs Chelsea betting tips?

Clearly, we’re expecting Bayern to score at least once here and that automatically feeds into our best – we’ll be taking Bayern with a -1 goal handicap at odds of 1.90.

This is because of Chelsea’s list of absentees, and also because they go to Munich with very little to play for other than pride.

But the Germans are so good in both the attacking and defensive facets of the game that they will take some stopping, and we simply don’t see Chelsea as being good enough to do that.

And for another play at 1.90, why not back Bayern in the half time/full time market, which guarantees another payout should they dominate as expected.

Sadly, you cannot watch Champions League football for free on your TV almost anywhere in the world these days.

In the UK you’ll need to subscribe to BT Sport, while in Germany you’ll need a Sky Sport or DAZN package – none of which comes cheap.

And that’s why we recommend anybody wanting to enjoy a Bayern Munich vs Chelsea live stream for free keeping their eyes peeled to their favourite bookmakers’ app.

Many betting firms offer live streaming these days, so maybe you can sign up for a new customer account with them to enjoy all of the action without the expensive fees.

Muct1969 about 2 months ago
Haha, and where is Lampard with his babies? Giroud has to save him now? Good joke 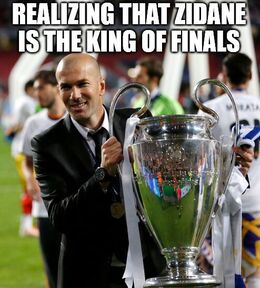 Load more fun
Play responsibly
Didn't find what you were looking for? Try our lucky clover.
Bayern Munich vs Chelsea