Football fans around the world will be looking forward to 2015 Copa America which, as usual, should be a dazzling display of wonderful skills and crazy goal celebrations – in typical South American style!

This year’s tournament takes place in Chile between the 11th June and the 4th July with South America’s best 12 teams are set to do battle, and they have been split into 3 group for the opening round-robin stages.

Hosts Chile find themselves in a group alongside Ecuador, Bolivia and Mexico – and they should have no problem qualifying for the next stages from Group A, probably along with Mexico.

Argentina will also be expected to easily qualify from Group B, though the runner-up spot is likely to be a hard fought affair between 2011 winners Uruguay and the runners-up that year Paraguay. Jamaica, who are expected to be the whipping boys of the whole tournament, make up the group.It will also be a big surprise if both Brazil and Colombia don’t qualify from Group C at the expense of Peru and Venezuela.

Many people will be fancying Argentina to win and they are the 9/4 favourites, whilst Brazil are second favourites at 3/1. Meanwhile, hosts Chile are likley to attract plenty of support from their passionate fans - whilst Colombia could be a shrewd pick and they are joint third favourites at 6/1. Uruguay 10/1 and Mexico 12/1 are the two other teams priced below 25/1.

Bet on Argentina at bet365

Before we give you our Copa America predictions you might want to make our Copa America 2015 free betting tips more exciting with a new customer bet365 betting bonus. To qualify for a 100% matched deposit bonus, just open a bet365 account using our bonus code – JBVIP.

Argentina were best of the South American teams in the last World Cup, but it is Brazil who have been showing the best recent form. Brazil have won 8 out of 8 games since the World Cup which includes victories over Argentina, Chile and Colombia.

Register at bet365 via JohnnyBet

Since the World Cup, Argentina have also taken revenge over 2014 world Cup Winners Germany, and have been defeated just once in 7 games since that World Cup Final defeat.

The team out of the big four who have been performing worst since the World Cup is defintely hosts Chile who have won 3, drawn 2 and lost 3 of their 8 games since. Meanwhile, Colombia’s only defeat since the World Cup, was the aforemetioned game with Brazil – and they have notched-up 6 victories.

Whilst Brazil and Argentina will have their supporters, and the likes of Neymar and Messi will be looking to stamp their class on the tournament, this may however be the time for Colombian star James to outshine them and lead Colombia to victory at 6/1 – making them our Copa America 2015 free betting picks. 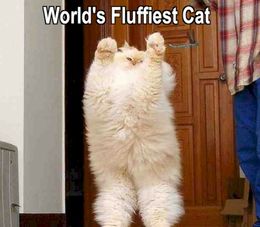