The 72nd Primetime Emmy Awards will be held on September the 20th and was due to take place at Microsoft Theater in Los Angeles. However, due to the COVID-19 pandemic the way the awards will work this year has been changed and the event will be staged virtually from the actors' homes across the United States.

Prior to the Emmy awards 2020 date , the 72nd Primetime Creative Arts Emmy Awards will be held between the 14th and 17th of September.

Despite the interesting arrangements this year, the 2020 Emmy Awards will still have a host and Jimmy Kimmel will oversee the proceedings. Below we will take a look at the potential Emmy Awards 2020 winners and the current betting odds surrounding the event. We have some superb Emmy Awards 2020 nominees and below you will find our Emmy’s 2020 predictions for some of the leading categories.

Game of Thrones won this category last year but there are two dramas who missed out in 2019 and they will both be hoping to succeed in 2020. Many Emmy Awards 2020 betting predictions believe Succession have it in the bag. Ozark is likely to be the other main challenger for this category but in terms of writing, acting, and directing, it is difficult to beat Succession.

It was extra sweet because it was the day after my birthday. It felt like a little extra goodwill. People are always so nice to you on your birthday, and just when you think it’s going to be over, you wake up the next morning and get three Emmy nominations! - Maya Rudolph on getting three Emmy Awards 2020 nominations, GoldDerby

The odds for best drama have Succession seen as a favourite, while Ozark are an underdog. Sandwiched between them we have The Crown but everything is pointing towards Succession.

Remaining with drama and next in our Emmy Awards predictions we come to the best lead actor and actress in a drama. Again, our Emmy Awards 2020 betting tips turn to Succession and it appears to be a straight fight between Brian Cox and Jeremy Strong. It is the third Emmy nomination for Cox, who has a fantastic resume behind him and that could count for a lot in the final reckoning. Strong has already picked up the award for best actor in a drama series at the 2020 Critics' Choice Awards and could be about to make it a double at the Emmy’s.

Check out the odds for Emmy Awards 2020 at Unibet!

In terms of the award for lead actress in a drama, Laura Linney Is the bookmakers’ favourite. The actress stars as Wendy Byrde in the successful Netflix series Ozark and already has four lead actress Emmy Awards in the display case at home. It is her second straight nomination for Ozark but Linney faces competition from Olivia Colman, Jennifer Aniston and 2019 winner, Jodie Comer. Interestingly, there has been a lot of recent support for Zendaya and the young actress makes for a great outside prediction.

The final category in our Emmy awards 2020 betting tips focuses on the best lead actor and actress in a comedy series. Beginning with our Emmy Awards 2020 betting predictions for lead actor in a comedy and once again we see the name Ted Danson in the running. The American won this award back in 1993 and returns for his role in The Good Place. However, Danson faces tough competition from a man who will be aiming to win his first Primetime trophy, Eugene Levy. Interestingly, it is the newcomer who is slightly ahead in the odds. However, do not rule out Ramy Youssef.

Check out the free tips for Emmy Awards 2020 from our amazing tipsters!

While there is still some debate for the best lead actor in a comedy series, the same does not apply for the best actress. Catherine O’Hara of Schitt’s Creek leads the way and she is aiming to pick up her first Emmy since 1982. Her character, Moira Rose, is a big fan favourite and it will be interesting to see if O’Hara can hold off the challenge of Rachel Brosnahan (The Marvelous Mrs. Maisel). Brosnahan is a two-time Golden Globes winner she is many people’s choice in the Emmy’s 2020 predictions .

Do not forget to sign up for an account with us to find out more about betting promotions and bonuses in the lead up to the event. In addition, if you would like to watch the Emmy awards 2020 live , we recommend you create an account with one of the many leading online bookmakers highlighted on our website. They will be showing an Emmy awards 2020 live stream throughout the night on what is sure to be a fantastic occasion.

Witakes 12 days ago
Succession is a fantastic masterpiece. I'm keeping my fingers crossed hoping they will win.
Show all comments Hide all comments 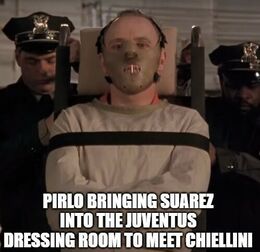