Are you ready for the best Euro 2020 / 2021 odds? You probably are aware that Euro Championship was meant to be held in 2020, however, due to the rapid spread of coronavirus, it was decided to postpone it till 2021. We are getting near the tournament's final of the 16th edition of the European Championship, which has been taking place in various venues across the continent.

Portugal were eliminated in the round of 16 despite being defending champions, and the team they beat in the final in 2016 – France – missed their chance of revenge here having been eliminated at the same stage. The tournament kicked on June 11 at the Stadio Olimpico in Rome when Italy defeated Turkey, and four weeks of non-stop action will culminate with the final at Wembley Stadium on July 11 with Italy facing England.

As ever, there are plenty of betting odds and markets to explore, with the very best EURO 2020 / 2021 bookmakers offering great prices on a range of possibilities.

In this article, we are going to focus on the three very best bookies around: Bet365, William Hill, and Unibet. That, of course, doesn't mean that there aren't more bookies with fantastic Euro 2020 / 2021 odds, you can check 1XBET too for example.

Bet365 is the best betting platform and app for bettors who want a quick and easy experience – placing your wagers has never been this easy. William Hill offer a wide range of unique markets, in EURO 2020 / 2021 and other sports, that you simply cannot get anywhere else. And Unibet have a fantastic range of promotions and bonuses, and they will really up the ante for this tournament. Grab our bonus codes, sign up for a new account if you haven’t already, and get ready for some exceptional EURO 2020 / 2021 betting.

As far as the EURO 2020 / 2021 favourites are concerned, it’s England who are getting the nod with Unibet. You can easily see why. They went very well in the Nations League, reached the semi-finals of the World Cup and, of course, they would have home advantage with Wembley set to host the semi-finals and final. They also have Harry Kane who has already scored four goals in the tournament and is one of the favourites in the Euro 2020 / 2021 top goalscorer tips and predictions available in the related article. They defeated Germany, Ukraine, and Denmark on their road to the semi-final and they have conceded only one goal in this tournament.

The other losing World Cup semi-finalist, Belgium, were also a consideration with William Hill. They possess some of the best in the world in Eden Hazard and Kevin de Bruyne, and many observers believe that 2021 could finally be their year to win a major tournament. After scoring nine points in the group stage, they defeated Portugal in the round of 16, but they lost to Italy in the next stage.

It goes without saying that the world champions, France, had our respect, too. Available with Bet365, there was plenty of interest from bettors in a squad containing Pogba, Griezmann, Mbappe and Kante. They managed to win their group but surprisingly they were defeated by Switzerland in the round of 16.

Of course, it’s not just about the favourites, with the EURO 2020 / 2021 betting odds offering up plenty of interesting outsiders as well. The Netherlands qualified for the finals in real style, and despite being in the doldrums for several years now they are finally getting back to the standards set by their famous teams of the past. Frank De Boer has many quality youngsters at his disposal, such as Memphis Depay, Frenkie de Jong and Wijnaldum, and EURO 2020 / 2021 seemed to be an excellent time to back them. They proved their quality in the group stage they finished with nine points. However, in the round of 16, they surprisingly lost to the Czech Republic and were eliminated from the tournament.

Open an account at Unibet where there are great betting odds for the upcoming Euro Championship!

Spain have fallen off the radar in recent years, but they can’t be ignored given that their squad is largely drawn from players at Barcelona, Real and Atletico Madrid. They have lots of international pedigree too. Although they failed to score a single goal against Sweden and dropped points against Poland, they somehow managed to advance to the knockout stages. However, having defeated Croatia after extra time and Switzerland after penalties, they were eliminated by Italy in the semi-final.

Who would disregard Germany as well? They were the best international team in the world for a number of years, and while World Cup 2018 was an absolute disaster for Joachim Low’s men they have begun to rally since. Toni Kroos, Joshua Kimmich, Serge Gnabry, Timo Werner….this is a side packed with quality. They finished second in the so-called group of death but in the round of 16 were eliminated by England.

Portugal were also one of the most interesting candidates to win, but it turned out they wouldn't repeat their success from 2016. They didn't have the strongest team on paper and the reigning European champions said goodbye to this year's tournament in the round of 16 where they lost to Belgium.

Next up in the betting, cases can be made for Italy, who will enjoy home advantage in Rome for their three group games. The Italians won all three games in the group stage without conceding a single goal, which is surely a big achievement. They had a little trouble winning over Austria in the round of 16, but later they played a great game against Belgium, defeating them and advancing to the semi-final, where they won over Spain. It is wise to be up-to-date with Euro 2020 final betting odds that clearly show who to bet on and are available in the related article.

It's also interesting to look at who can become the Euro 2020 / 2021 top goalscorer. After the group stage and the round of 16, there were already some big favourites. First of all, Cristiano Ronaldo again proved his huge skills as he scored five goals, with three of them against Germany and France. Right behind him there were a few other strong contenders. Patrick Schick scored five goals before the Czech Republic were eliminated, being one of the biggest surprises during this tournament. Romelu Lukaku, one of the best strikers in the world, scored four goals, but his team was eliminated in the quarter-final.

It seems the only players who can still score more goals than Ronaldo are Harry Kane and Raheem Sterling. They have four and three goals to their names, respectively, and their team is ready to face Italy in the final, so they will have their chances to become Euro 2020 / 2021 top goalscorer. Whatever EURO 2020 / 2021 bets you place, the great news is that we have already experienced a fantastic tournament to watch and hopefully you can still make some profit from Euro 2020 / 2021 odds to enjoy afterwards!

Biggest brands on the market provide a broad betting offer for EURO 2020 / 2021. You can find the market for the European Championship at brands like Bet365, Unibet, Betway or William Hill.

According to bookmakers, the biggest favourite to win the tournament is England. The odds for the English National Team to win it all are set at 1.80.

Biggest brands on the market can have a live streaming offer set and ready for their users. If you don't have the option to watch it on your TV, you can check the streaming offer at 1XBET or Unibet to see, if they broadcast matches at EURO. 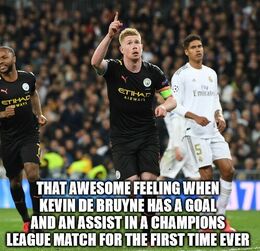