When it comes to Euro 2020 / 2021 top goalscorer odds it is worth recalling that although Euro Championship was meant to be held in 2020, due to the coronavirus outbreak it was decided to postpone it till 2021. If you're looking for information on Euro 2020 / 2021, just keep on reading to find out the current betting tips for the best goalscorer of Euro 2020 / 2021!

As well as betting on who we think will win Euro 2020 / 2021, there is also a range of supporting markets where we can also let our expertise and judgments shine. One of the most popular side betting markets for tournament football is the Top Goalscorer category, where we access some tasty odds about the most prolific strikers in the sport. And by applying some simple logic and powers of deduction, we can give ourselves an excellent chance of accurately predicting the Euro 2020 / 2021 Golden Boot winner.

So, to get us started, let’s have a look at the general ideas behind finding the likely Euro 2020 / 2021 top goalscorer.

If we go back to the European Championship of 2016 and look at the top goalscorer charts there, an obvious pattern emerges. At that tournament, eventual champions Portugal met France in the final. By the end of the Portuguese’s victory, Antoine Griezmann had claimed the Golden Boot with six goals, while half-dozen players were behind him on three goals: two Frenchman and two from Portugal among that group. The takeaway point? Backing the attacking players from the teams we expect to get to the final is the smart way to go – obvious, but worth repeating.

Register at Bet365 and look for the best odds for Euro 2020 top goalscorer!

Another angle of attack revealed itself at World Cup 2018. Harry Kane won the Golden Boot there with six goals, and while England went as far as the semi-finals it’s worth noting that five of his goals came in two games against weak opposition: a hat-trick against Panama, and a brace against Tunisia. So, if we can identify an attacking player likely to net regularly in the group phase, that could be another way to go.

We’re not going to read too much into the goalscoring records of players in Euro 2020 / 2021 qualifying: after all, strikes recorded against the likes of San Marino and Gibraltar don’t really count for much! Our Euro 2020 / 2021 top goalscorer predictions and Euro 2020 / 202 Golden Boot betting tips start with identifying teams we expect to reach the semi-finals and/or final. You can find helpful some Euro 2020 betting tips and predictions that focus on main contenders which are available in the related article.

Looking at the draw bracket, our selected teams would be France/Germany (it’s too hard to split them!), Belgium, England and the Netherlands. And then we can look at their groups: France and Germany have a tough pool to contend with; Belgium have Denmark, Russia and Finland; England take on Croatia, the Czech Republic and Scotland; finally, the Netherlands will play Ukraine, Austria and North Macedonia.

Leading the Euro 2020 / 2021 top goalscorer odds was Harry Kane, who as we know leads the line for England – one of our identified teams. Although he failed to score a goal during the group stage, ha has already hit the net four times during the knockout stages. Three goals for England were scored also by Raheem Sterling who has become one of the contenders in this matter. Then we have Cristiano Ronaldo as one of the Euro 2020 / 2021 top goalscorer favourites thanks to his five goals scored during the group stage. Remember you can watch players score goals at this tournament with some of the best free Euro 2020 / 2021 live streaming options captured in the related article.

Memphis Depay was of interest as a Dutchman before the Netherlands were eliminated from the tournament, as was Antoine Griezmann for France, while it will take some persuading for most to take Federico Chiesa’s chances seriously. Further down the betting market, Lorenzo Insigne is a very intriguing but risky selection, while you suspect goals are almost guaranteed from Ciro Immobile.

We have a sound foundation to work with in our Euro 2020 / 2021 top goalscorer tips, and we can start by running the rule over two players who get injured quite often. Harry Kane and Memphis Depay have not both missed lots of football this season due to injury, but you always wonder how sharp they will be heading into the tournament. As a result, they can probably be swerved with our bets here.

It’s frustrating, because Depay in particular should have been on the radar as he scored two goals in the group stage. The Netherlands had the easiest group in the competition, but without a proven goalscorer it is still hard to really get behind any one of their players. There was a case for betting on Wijnaldum who scored three goals in the group stage. He plays in a more advanced role for Holland, and he seems to perform to a much higher level for his country than he does for club side Liverpool. However, the Netherlands lost to the Czech Republic in the round of 16.

As for our main tips, Mbappe was certainly worth a second look before France were eliminated in the round of 16, but our top bet went to Romelu Lukaku, the Belgian striker who has been in lethal scoring form for Inter Milan this season. Once upon a time, it was argued that he didn’t score enough goals, but that seems to have been rectified in Serie A and just look at the players queuing up to create chances for him: De Bruyne, Hazard, Mertens, Carrasco, etc. Can he fail to score goals at the tournament? Euro 2020 / 2021 top goalscorer odds show that it's almost impossible and he already proved that in the group stage where he scored three goals! Unfortunately, the Belgians were eliminated in the quarter-final by Italy.

As always, such tournaments bring some surprising names that are on top of the top scorers chart. This year, there are also a few players who weren't supposed to shine but for some reason, they score goals and for sure were of your interest while betting on the Euro 2020 / 2021 top goalscorer. For example, Patrick Shick scored five goals in his five matches, a result that only Cristiano Ronaldo managed to surpass with his five goals and one assist. Haris Seferovic and Xherdan Shaqiri from Switzerland scored three goals before their team were eliminated in the quarter-final.

There are a lot of great strikers at Euro 2020. Among the best you can consider Harry Kane from England, Ciro Immobile from Italy, or Raheem Sterling from England.

The favourite to become the top goalscorer at EURO 2020 is Cristiano Ronaldo. Although Portugal were already eliminated, he scored five goals in the group stage.

We recommend backing up Cristiano Ronaldo, Harry Kane, or Raheem Sterling. They are the leading force of their teams and most probably they will go far in the tournament.

Gz_Thase over 1 year ago
Romelu Lukaku- my favorite!!!
Show all comments 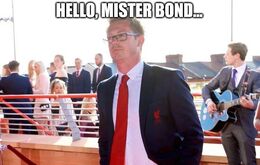