What we can say in the first words of our France vs Germany betting tips is that we already know from the draw that Group F is going to be very difficult to call. The group consists of Hungary, France, Germany and defending champions Portugal.

We could not have asked for a more exciting group and in the first round of matches two of the biggest nations in European football will go head-to-head. France will meet Germany at the Allianz Arena in Munich on the 15th of June. This has to be the pick of the first round of group games at the tournament and is sure to catch the attention of football fans around the world. The odds for this match have Germany at 2.60 and France at 2.90 to win.

France reached the final of the 2016 European Championship but lost to Portugal and will be hoping to go one better this time. As the current World Cup holders, this France squad know what it takes to win big tournaments. Will they get off to the perfect start by defeating Germany in Munich or will the Germans take a massive step towards the knockout stages by winning the match?

Read on to find out more with our France vs Germany predictions plus the latest Germany vs France betting odds.

Germany came through a qualifying group which contained Netherlands and Northern Ireland as the two main rivals for the top two qualifying positions. They could not have asked for a better start as Germany defeated Netherlands 3-2 away from home and this placed them in early command of the group. Despite suffering a 4-2 defeat in the reverse fixture against the Dutch, Germany followed this with a good 2-0 away win against Northern Ireland which is always a difficult place to play and get a result.

The group is incredibly difficult - you have the reigning European and world champions, then Germany, as well as the team that will come from the play-offs. Every team will be pushed to the limit from the beginning. The first game against France: they are a very experienced team, they've played the same way for the last three or four years, which doesn’t make our challenge any easier. - Joachim Löw after the groups were drawn, UEFA official website

Germany finished top of the group; 2 points clear of 2nd place Netherlands. They reached the semi-final of the 2016 European Championship before being defeated by the French. However, their most recent major tournament ended in disappointment as Germany were eliminated at the group stage of the 2018 World Cup.

Go to Bet365 and enjoy the best betting odds for the France vs Germany match!

This experience should make them aware of just how important it is to take something from this match. Playing in Munich should work to their advantage and all three of Germany's group matches will take place at the Allianz Arena. Having failed to defeat France in their last 5 meetings, perhaps it is the fact that this game is taking place in Germany is what makes the France vs Germany odds fall in favour of the hosts. Continue below as we take a look at the French in the next section of our France vs Germany tips and predictions.

France were handed a tough draw in their qualifying group for the 2020 European Championship. The French are always going to be favourites to qualify for a major tournament but being drawn alongside Iceland and Turkey meant it was not going to be easy. France soon realised this as they lost 2-0 in Turkey in their third match of the group and they were also held to a draw at home by the Turks. However, beating Iceland both home and away help the French to finish 2 points clear of Turkey at the top of the group.

Nonetheless, it was not a vintage qualifying campaign by France which was summed up in their 2-1 home win over Moldova towards the end of the group. France were actually losing this game after 9 minutes and did not equalise until the 25th minute, eventually getting the winner in the 79th minute.

It is perhaps this type of performance plus the fact the game is being played in Germany which is made the French the outsiders in the Germany vs France odds. We have more predictions for France vs Germany and information about where to watch Germany vs France.

France have a strong recent record against Germany and are undefeated in their last 5 games against them. France defeated Germany at home in the Nations League and in the 2016 European Championship semi-final. However, their two most recent meetings in Germany have both ended level and you can attractive odds for this match to end in a draw with both teams scoring.

Where to watch Euro 2020 live? Well, it depends on where you live of course, but usually, you'll be able to see all European Championship matches on your public, national television channel. But if for some reason you won't be able to find a Germany vs France live transmission on your TV, you can watch it online. Not necessary on paid platforms. For example, you will probably be able to watch France vs Germany live streaming for free thanks to bookies such as 1XBET, Bet365, Unibet, or William Hill, where you can also place bets with the help of our France vs Germany betting tips. 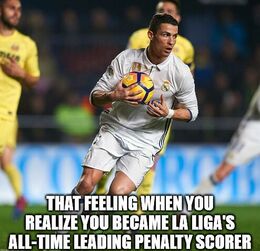 Load more fun
Articles
Play responsibly
Didn't find what you were looking for? Try our lucky clover.
France vs Germany