Any forecasters making their France vs Poland betting tips, will suggest that this is very close to being a WC 2022 sure bet. That reflects the French team's prominent ability and the lacklustre performances the Poles served up so far. However, in knock-out football, anything can happen and here we preview the match and make a couple of predictions, together with some suggestions for alternative betting markets. The latest odds for France vs Poland see the French as favourites available at just 1.30 with Bet365 and Pinnacle.

Which team was going to be France's “Last 16” opponents was in the balance right up to the last few minutes of the final round of group games, as Mexico pressed hard for a crucial third goal against Saudi Arabia, which would have taken them through. Still, it wasn't to be and Poland, despite barely “throwing a punch” at Argentina, made it and now finds themselves with a huge task of somehow getting past the current champions.

My players are not tired. They just put a lot of energy into the first two matches. We have a last-16 tie coming up and we also need to take into account that games are now lasting 105 minutes. I was not neglecting this game but the focus was on Sunday. - Didier Deschamps after the surprising loss to Tunisia, Reuters

The French comfortably qualified as winners of Group D, although a final match defeat to Tunisia wasn't the ideal preparation for the knock-out stages, it should be noted that they rested many of their senior players for that contest. The Poles surely will be more fired up but will have to find a way of improving their supply to star striker Robert Lewandowski, otherwise, this looks to be a WC 2022 sure bet in the favour of France, even though goalkeeper Wojciech Szczesny has been one of the stands out performers of the tournament so far.

The game will take place at the Al Thumama Stadium, where neither side has played previously, just 8 miles outside the centre of Doha, with a 6 pm kick-off local time, on Sunday 4 December. These teams have met 16 times, and the French have not lost against this opponent for 40 years. Goals in this fixture have been at a premium recently though, with only four scored in the last five meetings, so maybe a France vs Poland best prediction has to be for a narrow French victory.

Out of the 16 mentioned matches against France, Poland won only three. However, their most valuable victory was in the only encounter both teams have had in the World Cup. In 1982, the Polish team won 3-2 in the third-place game, winning their second WC medal in history. However, since then, Poland has managed to pick only one win with four draws and three losses.

After an embarrassing loss to Tunisia, France should go back to its strongest lineup. The only question mark we see is in the right-back where we could see either Kounde or Pavard, depending on the approach Deschamps chooses. In the midfield, Tchoumeni and Rabiot will again be the key pieces, while Mbappe, Griezmann, and Dembele will be providing Giroud up front.

It's hard to predict what Michniewicz will invent for the game against France. In the most defensive scenario, he could go with three centre-backs or three midfielders. However, we should see most of the players who have gathered the majority of minutes during this year's tournament. If Poland wants to surprise France, they need to provide solid defence and supply Lewandowski with help up front - something they were unable to do against Argentina.

The French are massive favourites to win this contest with the early France vs Poland winner odds showing as a miserly 1.30, with Poland out at a massive 13.00 and it is 5.00 for the draw. Of course, tournament football can throw up many surprises so nothing should be taken for granted. It's a similar case to our preview for England vs Senegal with the latest tips and odds as we at JohnnyBet agree in the related article that in the Round of 16, everything can happen.

Coming back to France vs England, in the other markets, it is possible to get attractive France vs Poland odds of over 40.00 in favour of the Poles winning in extra time, or nearly 20.00 for them to win on penalties. A 3-1 victory for the French looks good at tempting odds of over 10.00, whilst a narrow 1-0 success for Poland sees a massive price on offer. For something slightly different, why not look at super striker Kylian Mbappe netting himself a hat-trick at over 20.00? He is undoubtedly performing like a player capable of such an achievement.

Under any normal circumstances, making a France vs Poland betting prediction would not take much consideration; the French won the competition four years ago and have a side bursting with quality, whilst the Poles have found themselves into the last sixteen, without really showing any sort of form. However, the circumstances are unique and there looks like there could be shocks around every corner in this tournament.

In Lewandowski, Poland possesses a truly world-class forward, who if given some decent service, will trouble any defence. Therefore, although the obvious France vs Poland prediction is for a French victory, it is hard to believe that having got this far, the Poles won't release the shackles they appear to have been playing in, and have a proper go at their much-fancied opponents.

The longer the match stays goalless, the more nervous the French are likely to become, so for Poland, it will come down to which approach they take. Do they try to stay in the game and gradually work an opening or two, or go for it from the off and try and catch France cold? Most punters making France vs Poland predictions will automatically be pulled towards the French, but there is a genuine suspicion that this one could go to penalties, and then it is just a lottery with two high-class goalkeepers at either end.

Follow the latest France vs Poland winner betting tips shared by our tipsters!

Having settled on an intended selection from any France vs Poland betting tips received, punters should then ensure that when placing the chosen bet, they look at utilising the bookmakers' free offers, which are readily available. Top brands realise that this global tournament attracts an enormous amount of potential new customers, so they need to find a way of enticing interested parties their way and then crucially holding on to them. They do this by providing incentives, in the form of free WC 2022 online betting prospects.

Leading bookmaker 1XBET will give new members up to €130 (or currency equivalent) in a matched bonus; whilst at Bet365 there is a fantastic €50 (or currency equivalent) in additional betting funds available to gamble on their France vs Poland betting picks. Pinnacle is another brand worthy of consideration with their quality operation seeing them develop a very strong customer base.

3.2 How to Bet on France vs Poland

It is all very well receiving France vs Poland betting tips, but those forecasts need to turn into actual bets and it is important to get that done by signing up with an established and well-respected brand, such as Pinnacle, who is a name that can be absolutely trusted in the betting environment. We encourage you to browse the full list of World Cup bookmakers offering the best odds for World Cup matches as available in the related JohnnyBet article.

Register at Bet365 and find the highest betting odds for Poland to defeat France!

Simply fill in all the basic registration details that are put before you, produce any relevant verifying documentation that they request, and literally within moments, you will have an active account. From there, navigate around the website to locate the markets that match up with your France vs Poland betting prediction, and by following the prompts, the actual placement of the wager is fairly self-explanatory.

The match will be played on Sunday 4 December, kicking off at 6 pm local time, at the Al Thumama Stadium just outside Doha.

Bookmakers are in no doubt who is likely to go through out of these two with their France vs Poland odds, clearly favouring the French, who are as low as 1.30 in the betting, with Poland all the way out at 13.00.

No, the last five meetings between these two teams have generated just four goals.

4.4 ⚽ Can France retain their WC title in Qatar?

France vs Poland betting tips indicate that the French are still a very highly fancied team, with great depth to their squad, so they most certainly have a great chance of retaining their title. 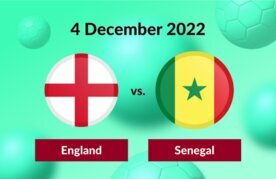 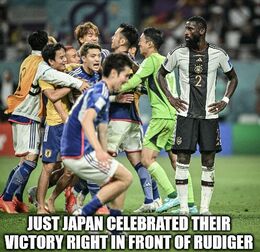 Load more fun
Play responsibly 18+
We use cookies to give you the best online experience. By using our site, you agree to their usage.
Didn't find what you were looking for? Try our lucky clover.
France