Normally you’d read a French Ligue 1 betting tips, and think ‘right, PSG (currently the favourite at 1.72) are going to win the title and everybody else is battling it out for second place.’

Well, in 2020/21, something different has happened. The Parisians are very much still in the hunt for the title, but with seven games to go its Lille who lead the way with a three-point cushion.

They have been the surprise package so far, and having beaten PSG 1-0 in April they show no signs of slowing down either.

So much so, as mentioned above, Lille’s Ligue 1 winner odds have been cut all the way down to 3.00 by the leading sportsbooks…although PSG are still the favourites at 1.72.

Elsewhere, the other French Ligue 1 betting markets are still live, including Top 3 Finish and Relegation, and there is value to be had in those too.

Even this late in the season, there’s some excellent Ligue 1 betting to enjoy….

Given that they are deeply involved in the Champions League still, it would be hard to say that PSG have had a ‘bad’ season.

But the pressure is mounting on Mauricio Pochettino because, normally by now, they have the Ligue 1 title wrapped up.

However, eight league defeats identify that there are frailties there, and the French Ligue 1 odds have reacted accordingly.

I'm not worried, but we'll have to fight to the end. We're an inconsistent team, for a lot of reasons, but we're working on it. - Mauricio Pochettino, Ligue 1 official website

In worse news for the reigning champions, Neymar has picked up a suspension that will keep him sidelined during this crunch time of the campaign, while the likes of Mauro Icardi and Marquinhos have injuries too.

Hence why Lille feature so prominently in the France Ligue 1 soccer tips. They may not have lots of household names in their squad, but they have only lost three games all season and they look well placed to challenge all the way to the end.

Those two teams look well placed for a top three finish, and joining them will be either Monaco or Lyon, who are streets ahead of the rest. Monaco are something of a surprise package, and their eye for goal – allied to Lyon’s lack of form – perhaps gives them the edge in the race for a Champions League spot.

Really, it would be foolhardy to wager against PSG in our Ligue 1 betting tips – they are a better team than Lille, after all, and this is unchartered territory for the current leaders.

In the end, you would expect the likes of Neymar and Kylian Mbappe to serve up the goals required to power PSG to the trophy.

It’s a mystery as to why Lyon are not closer to Lille and PSG in the pecking order. They have only lost four games, and many of the stats hint that they are performing much better than their points tally suggests.

Monaco have had a fantastic season, but the fact that they concede at a rate of greater than a goal per game suggests to us that they can be opposed in our Ligue 1 tips and predictions for a top three finish.

Lastly, let’s serve up some French Ligue 1 free tips for the relegation market. Forget Dijon – they are doomed, so let’s instead focus on who will finish next-to-bottom.

Nantes and Nimes are the two teams that have been identified by the bookmakers as the main contenders, and it’s Nimes who we believe have the most to fear. At the time of writing, they have lost 18 of their 31 games played and conceded 58 goals, so it would take an almighty turnaround for their form to improve.

Nantes, on the other hand, have plenty more going for them. They have only lost 13 games and have conceded ten fewer goals, and while they don’t win many they have the ability to grind out positive results – crucial in a relegation run in.

Whatever happens in the next couple of months, you can rest assured that the 2020/21 Ligue 1 campaign is set up for a fantastic ending!

As mentioned, we still expect PSG to assert their authority at best French Ligue 1 betting odds of 1.72.

There’s still more than 20 points to play for, and in a straight contest with Lille we expect their class to show.

The favourites to finish third are Lyon, and most of the underlying data – such as Expected Goals – suggests they will overcome Monaco in the end.

Most France Ligue 1 betting tips have Nimes as their favourites to be relegated, and it’s not hard to see why when you look at their abject defensive record. Nantes, who have lost far fewer games this term, just seem to have a little bit more about them.

It couldn’t be tighter at the top of the table, and that is reflected in the Ligue 1 betting odds.

The Ligue 1 2020/2021 favourites are still PSG, although their odds of 1.72 show that they are far away from confirmed champions.

Lille’s Ligue 1 odds of 3.00 show just how close they are to completing a surprise victory, and let’s not forget the Top 3 Finish market either – here, you can back Lyon at around the 1.40 mark and Monaco at 1.80.

Finally, we should talk about the Ligue 1 Uber Eats odds for relegation too. Unibet are offering prices for this, and with Dijon down we can look for who will join them – Nimes (2.50) and Nantes (2.60) are the main contenders.

Do you consider yourself to be an expert football tipster?

Do you know Ligue 1 inside and out?

Or do you simply want to take advantage of the best Ligue 1 tips today?

Here at JohnnyBet, our awesome tipsters league is going strong and we continue to give away fantastic cash prizes to the very best tipsters in the competition.

It’s really easy to sign up and get started, and the best bit is that the JohnnyBet tipsters league is free to play – and yet there’s hundreds of euros to be won each season, which will be sent out to you if you are the finest tipster of the week or month.

So stop giving your French Ligue 1 accumulator tips away to your friends for free – make your knowledge count in our game-changing tipsters league!

There’s one reason why bettors all over the world love this competition – the France Ligue 1 live stream feeds are so easy to find.

The very best bookmakers – think bet365, Unibet, William Hill and more – feature France Ligue 1 live matches on their live streaming channels each week, and all you need is an active, funded account to watch.

Apart from making use of our French Ligue 1 betting tips and placing a bet, you can check the latest French Ligue 1 live scores too, so these bookmakers are an outstanding resource for this league. 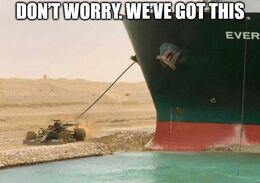