Ever since the release of the first Smartphone's in 2008, people have been enjoying their favourite casino games on the move. Recently, it's estimated that over 50% of all online casino wagering is now done on phones and tablet computers, so it is only to be expected that games developers are bringing out versions of their most popular titles specially designed for mobile play.

This has given people the chance to download fruit machine emulator for mobile play. Fruit machines have been the traditional slots games for decades, and their re-invention for iphone and Android use has ensured that they will continue to be played for many years to come.

StarGames has been one of the biggest online casinos in Europe and beyond, and they have now launched a mobile version of the site, with many of their best games fully compatible with popular devices.

Among the range of mobile phone fruit machine emulators are Book of Ra, Fruitilicious and Sizzling Hot Deluxe, which are fully optimised for playing on mobiles. Thanks to a unique partnership, JohnnyBet readers can get a mobile fruit machine emulator download free, and then play them with no deposit needed at StarGames.

The Book of Ra game features an explorer looking for treasures in an Egyptian tomb. It's one of the more advanced slots, with bonus rounds and superb graphics, featuring classic symbols of the time of Pharaohs, like a Scarab Beetle, the God Isis, and the Book of Ra which acts as a Scatter symbol. This triggers a free spins round whenever 3 or more land on the reels at once, while getting the Explorer symbol right across a payline will result in a win of 5000x the bet amount.

Fruitilicious is a fast and fun fruit machine with images of cherries, lemons, grapes and oranges, plus the number 7 which pays out some of the biggest wins. A nice feature is that winlines are created from left to right, and right to left, while the Gamble game, that is a feature of so many slots at StarGames, can bring in some really huge prizes.

Sizzling Hot Deluxe is one of the most popular fruit machine at StarGames Casino, and has continued its' success on the mobile version of the site. This is again a classically styled fruit machine where the various symbols spin up quick payouts. A Star symbol pays out when at least 3 appear in any positions at once, and the Gamble game lets players double each win amount several times over if they correctly guess the colour of a playing card.

Play these mobile phone fruit machine emulators free with bonus money and Loyalty Points when signing up to StarGames via JohnnyBet.

Join StarGames via the links on JohnnyBet and claim the best possible new player bonus that is better than the one offered to regular players. To begin with, you are credited with 6000 Star points that lets you play games with no deposit required, followed up with a 100% up to €100 first deposit bonus deal. 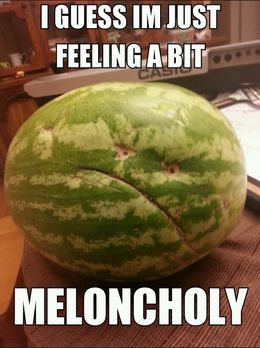