We are excited to bring you our Fury vs Wilder betting tips. The showdown and completion of a rivalry we have all been waiting for was due to take place on the 24th of July 2021 but because of a COVID outbreak in a Fury's camp, it was postponed until the 9th of October. However, this will be the third meeting of the boxers and it is Fury who holds the lead with one victory. Therefore, it provides an opportunity for Fury to cement his place as the superior fighter or for Wilder to level things up and become Fury’s equal. The odds for this fight are clearly in favour of Fury, who is available at just 1.30 to come out on top.

We make no excuse for starting our Wilder vs Fury tips and predictions with the WBC and The Ring heavyweight champion. Tyson Fury will believe he should be coming into the fight with a 2-0 lead over Wilder as the first contest ended in a controversial draw back in December 2018. The decision was booed by the crowd, who thought Fury was the clear winner and he managed to avoid the majority of Wilder's big shots.

He’s the one that’s coming off a knockout loss and one-sided fight. He’s the one who’s got to tell himself all these reasons why he lost and sack everybody on his time and blame everybody and point the finger. He still hasn’t moved on from defeat, that’s what I think is happening with Wilder. But he’s not to be underestimated, he’s got nothing to lose and everything to gain. - Tyson Fury about Deontay Wilder before the fight, Mirror

However, there was no doubt who came out on top in the second fight and Fury won via a seventh-round technical knockout to claim the WBC and vacant Ring magazine heavyweight titles. Interestingly, the Wilder vs Fury fight betting odds leading into the second fight started in favour of Fury but flipped to Wilder closer to the fight. With so many Deontay Wilder vs Tyson Fury 3 betting picks convinced Fury is going to win, that is unlikely to happen on this occasion. Indeed, at the time of writing, the betting odds for Tyson Fury vs Deontay Wilder III are 1/3 in favour of the former.

Standard bonus on Unibet
$20 Free Bets and $250 Risk Free Bet
Bet on this fight at Unibet!

Fury approached the second fight between the pair with the intention of ending it early and he clearly saw something in Wilder that led him to that approach. Fury closed the distance between the two men and although a dangerous ploy, it worked nicely for the Gypsy King. Our betting tips for Wilder vs Fury are leaning towards the possibility of another knockout blow in favour of the defending WBC and The Ring heavyweight champion.

Register at Bet365 and enjoy the best betting odds for Fury vs Wilder!

You can get great odds with Bet365 for Fury to win the fight by knockout, technical knockout, or disqualification. We continue our preview of Wilder vs Fury rematch with a closer look at the American boxer.

For the Deontay Wilder vs Tyson Fury 3 winner to be the American, many onlookers believe he is going to have to land an early knockout blow. The longer the fight progresses, the less change there is of Wilder succeeding and this may see him come out of the blocks quickly, hoping to land the knockout victory.

When writing a Fury vs Wilder fight preview, it is important to look back at the previous fights. In the second fight, which is the only one of the two to see a winner, Wilder was suffocated by the approach of Fury, who was happy to be close to the American, making it difficult for Wilder to wind up a big shot.

Wilder will have been working hard in training on his movement, getting away from Fury and giving himself some space to complete his own work. That may be easier said than done and there are high odds with Unibet for Wilder to win. Don't forget to check our general betting tips and predictions for boxing available in the related article.

Follow the latest betting predictions for Wilder vs Fury posted by our tipsters!

Possessing such frightening power, landing the knockout blow remains the best bet for Wilder to defeat Fury. The American must come out of his corner fast, with the intention of getting the job done early to succeed. You can get a fair price with Bet365 for Wilder to win by knockout, technical knockout, or disqualification. You can also get attractive odds with William Hill for Wilder to win between round 1 and round 6.

If you want to catch this or any other fight live, follow our guide about live streaming offers for boxing available in the related article. However, this is a fight you do not want to miss and Fury vs Wilder live streaming could be available at one or more of the top online bookmakers, including Bet365, 1XBET, William Hill, and Unibet. In addition, the fight will be shown live via pay-per-view on ESPN and Fox Sports in the United States and BT Sport in the United Kingdom. Do not forget to check out our bookmaker bonus codes and promotions before using our Fury vs Wilder betting tips.

4.1 🥊 Who is the favourite in the Fury vs Wilder fight?

According to bookmakers, it's Tyson Fury will more probably win, priced at 1.30. Wilder is rather an underdog here and you can back him at over 3.20.

If you don't have access to broadcast on TV, we advise you to check if our most recommended brands such as 1XBET and Unibet have a live streaming offer for this fight on their websites.

We recommend you go to sportsbooks such as Bet365, William Hill, Unibet, and 1XBET. They all have a tremendous betting offer for boxing and other fighting sports and, so you can place your bets with the help of our Fury vs Wilder betting tips at the best odds available on the market. 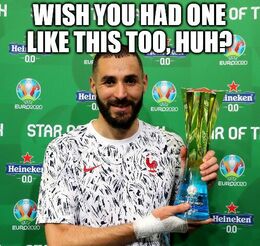 Load more fun
Articles
Play responsibly
Didn't find what you were looking for? Try our lucky clover.
Fury vs Wilder