Fans do not have to wait long for the much anticipated final series of Game of Thrones. The show has been a massive hit and the audience numbers for the final series could break viewing figure records.

The final season, which will be season eight, is to be aired in the United States and United Kingdom in April 2019.

There has been much debate between fans of the show as to who will rule Westeros and Game of Thrones betting odds have been released ahead of the screening of the first episode of season eight.

Continue reading to find out the Game of Thrones betting odds and predictions.

1. Who Will Rule Westeros?

Bet on Game of Thrones at William Hill!

Theories have been rife linking Bran Stark with the Night King and his ability to look into the future and time travel makes him a very dangerous person. However, if Bran Stark was the Night King or linked in some way to the Night King, his main aim would be to destroy Westeros not rule the kingdom.

So, if the answer to the question, ‘who will rule in Westeros?’ is not Bran Stark, who could it be? Read on for more Game of Thrones betting tips.

There are two major players in Game of Thrones who have recently joined together in more ways than one. Jon Snow and Daenerys Targaryen are joint second favourites to rule the Seven Kingdoms come the end of the show at 4/1 with William Hill.

Jon Snow started the series as Ned Stark’s bastard son but we have since discovered he is the son of Rhaegar Targaryen and Lyanna Stark, giving him a legitimate claim to the Iron Throne. In addition, Jon Snow has been the Lord Commander of the Night’s Watch and the King in The North.

He has also cheated death, having been brought back to life by Melisandre and that suggests he has a large part to play in the final episodes of the show. Jon Snow has shown he can lead, fight and make allies with the most difficult of people and that makes him a leading contender to win Game of Thrones.

Who Will Rule Westeros? - Best odds

She also has dragons and that is a big advantage when heading into battle. Daenerys Targaryen at 4/1 is a strong contender and rightly one of the favourites to rule Westeros come the end of the final episode.

Sansa Stark may not be a standout character in terms of her fighting ability or for the way she has ruled armies. Indeed, she does not possess any special ability as such but she has learned a great deal about statecraft and deception and it could be that rather than brutal force which wins the day.

Sansa Stark is available at 14/1 with William Hill to win Game of Thrones.

From one Stark to another and we cannot forget Arya Stark. She executed Littlefinger in series seven and could therefore take on his face and enter Westeros as him without anyone knowing it was her. Most of the south do not know about his death and this would make it easy for Arya Stark to enter Kings Landing undetected.

So use our LVBet promotional code 'JOHNNYBET' and get access to some great EXCLUSIVE bonuses!

Second bookmaker that we recommend you trying is William Hill, so check out what is the promo code for William Hill to get some great bonuses aswell!

This will allow her to kill the people on her list and rule Westeros. You can back Arya Stark at 14/1 in the Game of Thrones betting odds.

Our final Game of Thrones betting tips look at a rank outsider in Melisandre. She is a is a Red Priestess in the religion of R'hllor, the Lord of Light but this has never been fully expanded upon in the series. She is very powerful and can produce strong magic, as we have seen in previous series. Her full title is High Priestess of the Red Temple of Volantis, the Flame of Truth, the Light of Wisdom, and First Servant of the Lord of Light.

Melisandre has a huge army called the Fiery Hand which she can call upon and it could be this which puts an end to the Night King and his Winter Army. Melisandre is available at 100/1 to be the final ruler of the Seven Kingdoms. 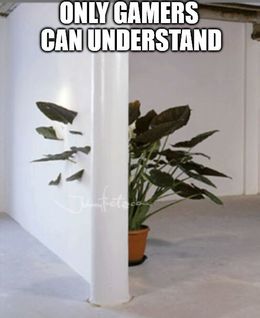 Load more fun
Articles
Play responsibly
Didn't find what you were looking for? Try our lucky clover.
Game of Thrones