Italy have the advantage of playing all of their 2020 European Championship games at home, which obviously has its impact on our Italy vs Switzerland predictions. Each of the three Group A Italy fixtures will be played at the Stadio Olimpico in Rome and there is sure to be a strong Italian presence in the crowd for every match.

Italy's second game in the group is against Switzerland. The match will be played on the 16th of June following the other match in Group A between Turkey and Wales. Italy come into the tournament as one of the favourites to reach the latter stages of the competition and they cannot afford to drop points in this game if they are to win the group. The odds for this match have Italy at 1.90 to win.

However, Switzerland also have desires of at least reaching the knockout stages of the 2020 European Championship. They progressed from their 2018 World Cup group in Russia and will want to do the same in this competition. Italy share a significant border with Switzerland so this should be a fantastic occasion for both the players and fans but which team will come out on top? Continue below to find out more in our Italy vs Switzerland betting tips and for the latest Switzerland vs Italy betting odds .

Italy are the clear favourites to win Group A and if the other teams all take points off each other, a win in this match could see them close to securing 1st place. The Italians enjoyed a tremendous qualifying campaign during which they won all 10 of their games. They finished 12 points clear of second-place Finland which highlights their superiority throughout qualifying and only Belgium can match their 100% record.

If we want to reach the semi-finals and Final in London, we’ve got to go through the whole journey. Let’s focus on getting through the group first. Nothing is to be taken for granted. Maybe some of the favourites will go out early, but if you want to go all the way to Wembley, you need to beat everyone in front of you. - Roberto Mancini before the tournament, Sky Sports

However, Switzerland are arguably tougher than any of the teams with which Italy were drawn in their qualifying group. Nonetheless, Italy do have the home advantage and they are very strong when playing in their own country. They are undefeated in their last 51 competitive home matches and have a good recent record against the Swiss.

Discover the best Italy vs Switzerland predictions made by our tipsters!

Everything seems to be pointing in the direction of an Italy win in this game. The Italy vs Switzerland odds have the hosts as the favourites. Read on for more Switzerland vs Italy betting predictions as we take a look at the Swiss.

Switzerland were drawn in European Championship qualifying Group D along with Denmark, Republic of Ireland, Georgia and Gibraltar. This was a tough group but Switzerland managed to finish top, winning 5 of their 8 matches and losing only one. They finished one point clear of second-place Denmark to book their place in the tournament.

Switzerland have qualified for 4 previous European Championship finals but only once have they managed to make it out of the group stage. They reached the round of 16 at the 2016 European Championship and will be hoping to do the same in this competition but they may have to pick up points from their other two games in the group.

Go to Unibet and look for the best live streaming options for Italy vs Switzerland!

The Swiss have failed to defeat Italy in their last 8 attempts and have recorded just one victory in their last 14 meetings which came back in 1993 at home during a World Cup qualifying campaign. Only once in their history have Switzerland defeated Italy away from home and that was in a friendly match in 1982. Therefore, it comes as no surprise to see the betting odds for Italy vs Switzerland having the Swiss as the outsiders to win this match.

3. Switzerland vs Italy Other Bets

Next in our Italy vs Switzerland predictions we take a look at the possibility of a draw. Interestingly, each of the last 3 meetings between the teams have ended in a draw. All 3 matches were friendlies played in Switzerland, with the most recent being in June 2010. So, it is difficult to take anything significant from these results but the Swiss will use them as motivation to show they can compete with the Italians.

Switzerland boasted one of the best defensive records of the group winners during qualifying, conceding 6 goals in the 8 games. However, Italy surpassed that with the concession of only 4 goals in their 10 qualifying matches. With the Swiss most likely to set up with defence in mind for this match, we could see a low scoring game even if Italy go onto win.

If you are wondering where to watch Switzerland vs Italy, throughout the 2020 European Championship you can enjoy live streaming of the tournament at 1XBET, Bet365, William Hill, or Unibet. If you would like to bet on this game and watch Italy vs Switzerland live stream, use our links to create an account and get some fantastic bonuses. This way, you can also place your bets using our Italy vs Switzerland predictions. 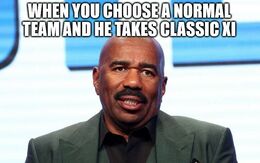 Load more fun
Articles
Play responsibly
Didn't find what you were looking for? Try our lucky clover.
italy vs switzerland