After a month of high octane action, the LOL World Championship has reached its final conclusion, and in our League of Legends World betting tips we deliver our verdict on who we expect to prevail.

One of the pre-tournament favourites, DAMWON Gaming, have done what was expected of them – they have cut through the competition and will now take their place in Saturday’s final, which will be played in the Pudong Football Stadium in Shanghai starting at 18:00 CST.

The South Korean outfit have been in unstoppable form, taking advantage of their straight passage through to the group stage by winning five of the six games they played. In the quarter-finals, they blasted aside DRX 3-0, and in the much-anticipated semi-final with reigning champions G2 Esports they won comfortably enough with just the single game dropped.

In the final, they will meet something of a surprise package in the Chinese outfit Suning, who have certainly qualified the hard way. They were drawn in a ‘group of death’ against G2 Esports and Team Liquid, but they came through it unbeaten with four wins and two draws before beating G2 in the play-off decider.

In the knockout stage, they have cruised past JD Gaming (3-1) and Top Esports (3-1), and so despite being the underdogs they must be quietly confident of causing an upset.

So let’s take the chance to look at the two teams in more depth in this League of Legends Worlds 2020 preview before hopefully coming up with a value selection or two that bettors can follow in what should be a thoroughly entertaining final.

The LoL Worlds 2020 final betting odds have been released and as ever there are lots of different markets to explore.

We’ll start with the most obvious – the match-winner – and here DAMWON Gaming are a comfortable 1.40 favourite with Suning available at 2.75.

We can of course bet on the individual map winners, with odds offered on the first three games (if one team wins all three then, of course, there won’t be a fourth or a fifth). This is an interesting way to wager on DAMWON, if you wanted to, because you can get slightly extended odds of 1.53 on them to win each – Suning are 2.38.

Register at Unikrn and wager on League of Legends World Championship final!

Thunderkick have some excellent betting markets that sports fans will be familiar with. They are offering a handicap line of -1.50/+1.50, and you can get odds of 1.80 on DAMWON on the minus side and Suning on the plus side.

And as ever, we should point out that our LoL Worlds betting odds have been taken from what we consider to be the three best bookmakers for esports betting – bet365, Unikrn and Thunderpick. So, if you are serious about betting on esports we recommend ensuring you have a live account with these three firms.

Suning surprisingly managed to reach the final, but the Chinese team eyes to win the trophy, especially on their own turf in Shanghai.

I’m very happy and excited to play in the finals. All five of us are very good players, and we have great team synergy, so I’m very hopeful about the result. - SwordArt (Suning) for InvenGlobal

The first question we have to answer in our predictions is not whether or not we believe that DAMWON Gaming deserve to be LoL Worlds 2020 favourites, but whether their odds of 1.40 represent value or not.

It’s quite apparent that they are the best team in the competition, with players like Canyon – the kill leader for anyone who has played six maps or more – and ShowMaker in red hot form.

But we shouldn’t diminish the achievements of Suning in simply getting to the final, given the strength of opposition that they have overcome to reach this stage, or the qualities shown by the likes of huanfeng and Bin, two guys who have emerged as a couple of the sharpest shooters in the business.

The first of our LoL Worlds 2020 final predictions is that this final might just be a lot closer than most are expecting. Most will underestimate Suning, the third seed of the LPL representatives, but they showed calm under pressure in the semi-finals and they won’t bow to pressure in the final – that’s the beauty of being the underdog!

But DAMWON are an esports juggernaut – the kind of team capable of tearing G2 Esports a new one, as they did in the last four – and that sheer power has to be respected by bettors. In our League of Legends Worlds 2020 predictions, we expect DAMWON to triumph in a hard-fought contest.

So, we’re backing DAMWON but in a closer-than-expected final. That informs our Lol Worlds final betting tips quite nicely.

As mentioned, there are a variety of markets available to bet on, and you can double up your profits by taking DAMWON to win and Over 3.5 Maps, both at 1.40.

One of our favourite plays is to back DAMWON to win Map 3 as well. Suning know they have to start hot, because if DAMWON win the first map or two then they will be very difficult to stop.

There’s a chance that Suning will win the first or second game, but we expect DAMWON’s class to eventually tell – they remain the pick of our League of Legends worlds betting tips.

While live streaming is not unique to esports events, they are very optimal for broadcast in this format and have always been popular at major streaming sites. Because of that League of Legends World Championship Final live stream won’t be too hard to find on the web in case you want to tune in and watch a couple of matches.

Most people prefer to watch League of Legends matches on Twitch, but that’s not the only place where you can find this live stream. Due to extreme attention that the tournament is receiving, many online platforms ranging from YouTube to sports betting sites and even small gamer blogs will broadcast at least parts of the tournament. This provides a lot of freedom for the fans, who can decide the best way for them to watch based on the type of device they have and their personal preferences. We hope that our League of Legends World Betting Tips will come in handy and will help you to identify the winner of this prestigious championship. 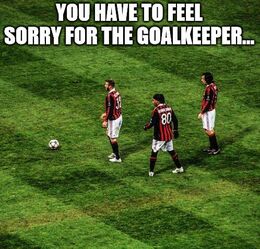