The Champions League group stage starts next week, so don’t waste time and get familiar with the best Liverpool vs Milan betting tips. Many football fans see this match as one of the most interesting encounters on the first matchday. Even though the Milan vs Liverpool bookmakers odds suggest who is going to win, with such great teams there is always room for surprises. However, the current odds for this game have Liverpool as favourites priced at 1.50 with Milan available at about 6.00.

Let us start with what every football fan can expect from this game. Making betting predictions for Milan vs Liverpool is a tricky business. On paper, The Reds are clear favourites once you take a look at the quality of their squad. However, you should never underestimate the Italians, especially when they play on their ground and the Champions League is the competition. This is why in our Liverpool vs Milan tips and predictions we don’t think it’s going to be an easy win for the guests.

However, it will require a lot of effort from Milan to win or at least draw. It’s a pity that Olivier Giroud is suffering from COVID and won’t play at San Siro, because during his career he’s already scored eight goals against Liverpool. But the Rossoneri can finally count on Zlatan Ibrahimovic, which shapes yet another Liverpool vs Milan prediction that both teams will score at least one goal. The rest of our most important betting tips for Milan vs Liverpool include:

2. Betting Odds for Milan vs Liverpool

As you already know what the best Liverpool vs Milan ante-post predictions are, you may be wondering what odds are available for these events. First of all, be prepared that due to Liverpool being strong favourites to take three points, it’s not easy to find attractive Liverpool vs Milan betting odds. Nevertheless, bookmakers such as Bet365 and Unibet has a great betting offer for Milan vs Liverpool with about 1.70 for both teams to score. You must agree that this is a great price for something that is not far from possible.

You can get as much as 1.57 with Bet365 for over 2.5 goals and nearly 1.40 with Unibet for Liverpool to score the first goal – something they did in five out of their last seven games (including friendly games). There are also some interesting goalscoring odds for Liverpool vs Milan included in the Champions League offer at William Hill. Although it may sound really brave, we encourage you to consider making good use of Milan vs Liverpool Champions League odds like 2.80 for the first half being the highest-scoring half or 2.0 for the combination of Liverpool’s win and over 2.5 goal scored. As you can see, if you properly combine our Milan vs Liverpool betting predictions with these Liverpool vs Milan ante-post odds, you can make a great profit.

Start of Champions League is a good moment to test your predictions. Back them up at Bet365!

2.1 Betting on Milan vs Liverpool

As highlighted above, there is a lot of great odds for this outstanding Champions League match. The most convenient way to enjoy them is to follow the list of our most recommended sportsbooks with Bet365, William Hill, 1XBET, and Unibet being top choices. We want you to remember that once you register at any of these brands using our links and our promo codes, you can get very nice welcome offers for sports betting. From exclusive free bets to deposit bonuses – the range of available promotions is very wide, so if you want to bet on Liverpool vs Milan, there is no better way than doing it with us.

We're still pretty ambitious and would like to show the really hard work from last year, qualifying for the Champions League, that it was worth it. That's how we will play the games. - Jurgen Klopp, UEFA's official website

It’s worth mentioning that both teams started this season very well. Milan won six points in their first two Serie A games, having defeated Sampdoria and Cagliari. That is a relief for the fans of Rossoneri who worried about the lack of quality transfers after losing Gianluigi Donnarumma and Hakan Calhanoglu for free to PSG and Inter, respectively. Liverpool noted two wins and one draw in their first three Premier League fixtures with two points being dropped in a very difficult game against Chelsea.

From the most recent news that may have an impact on both Milan vs Liverpool tips and Liverpool vs Milan odds, you should know that the Reds will miss Roberto Firmino ‘s dealing with hamstring injury, while the Rossoneri will be without Olivier Giroud due to COVID protocol. Also, although there are some doubts as for Frank Kessie’s health, the midfielder should be ready to at least come off the bench during the second half.

Fans in the United Kingdom and Ireland can catch Liverpool vs Milan transmission on BT Sport. However, if you don’t have access to this channel or television in general, you’ll be pleased to know that there is a way to find free Milan vs Liverpool stream online. All you have to do is check whether brands such as Bet365 and Unibet offer Liverpool vs Milan live streaming on their platforms. Remember, however, that the availability of such coverage depends on your location.

Check out the stream options at 1XBET

5.1 ❓ When and where will Liverpool vs Milan be played?

This match is scheduled to be held on the 15th of September at San Siro in Milan.

5.2 📺 How to watch Milan vs Liverpool live online?

If you want to find free live stream options for this game, we advise you to check whether Unibet or Bet365 have a suitable broadcast offer on their websites.

To use our Liverpool vs Milan betting tips and place your bets at the highest odds, we recommend you stick to our most recommended bookmakers such as William Hill, Unibet, and Bet365. 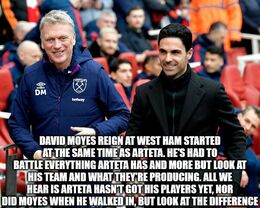 Load more fun
Articles
Play responsibly
Didn't find what you were looking for? Try our lucky clover.
Liverpool vs Milan