The Champions League is resuming as of 7th August 2020. Thus the match between Manchester City and Real Madrid will be held between 7th August 2020 and a venue is soon to be confirmed. The match will take place behind closed doors, as the coronavirus restrictions have not been shifted entirely.

The first leg of this Champions League last 16 tie between Manchester City and Real Madrid was nip and tuck throughout at the Bernabeu, and it was a game that could have gone either way until a madcap last ten minutes.

First, Raheem Sterling was brought down in the penalty area after 83 minutes, and Kevin de Bruyne stepped up to fire Manchester City into a 2-1 lead from the spot.

And then, just three minutes later, Real’s defensive lynchpin Sergio Ramos hauled down Gabriel Jesus when he was clear through on goal, and that earned Ramos a red card and a suspension from this second leg.

So it’s advantage City in more ways than one as we look ahead to the second leg of this tie.

But if there’s anything we’ve learned in recent years, it’s not to write off this Real Madrid side with Zinedine Zidane at the helm. Three times the Frenchman has led them to glory, and it’s absolutely not impossible that Real will score the two goals they need to have a chance of taking the spoils and progressing to the quarter finals.

There could still be some life in this contest, so how do we see it going? Let’s take a look in our Manchester City vs Real Madrid predictions.

As ever, there are two sets of Manchester City vs Real Madrid odds to consider in this two-legged Champions League tie.

The first are the odds for this match, with City installed as a warm favourite at 1.57 with William Hill and Real Madrid an outsider at 5.25. The draw can be backed at 4.40.

Do Real Madrid have what it takes? It's not absolutely impossible...

And then, of course, we have the ‘to qualify’ market, in which the English outfit are as short as 1.10 with Bet365 to make it through to the last eight. The Spaniards can be backed at 7.00.

So what is the state of play in this fixture right now?

Clearly, if Manchester City score just once in this second leg then the size of the task facing Real is huge: they would be facing a two-goal deficit and would be on the back foot due to the English side’s two away goals – now they would need three goals to stand any chance.

It is increasingly unlikely that Madrid can keep a clean sheet here. They conceded five goals in two games against PSG, shipped in both matches against Club Brugge in the group phase and have conceded in each of their last three La Liga outings.

And that’s even before we mention the attacking pedigree of Manchester City, who blasted 16 in six in the group phase and who have scored at least once in 93% of their Premier League games.

In short, it will take nothing short of a miracle for the Galacticos to keep their hopes alive here, and so the writing is on the wall in this Manchester City vs Real Madrid Champions League clash.

So we can already see how this contest is shaping up, but how can we make those ideas count in our Manchester City vs Real Madrid betting tips?

With both teams susceptible from a defensive perspective, once again goals look set to be on the menu and so that has to be the basis of our wagers.

As far as the match winner is concerned, Manchester City don’t need to change a thing here, whereas Madrid will, at some point, have to throw caution to the wind.

That plays into City’s hands, and so backing the hosts to win the game is the smart value play.

For football fans in the UK and Spain, it is always annoying that you have to pay a subscription fee to watch the Champions League, namely BT Sport and Movistar+ respectively.

There are different rules for people in other countries too, so is there a way to watch the Champions League for free?

Not as such, but depending on your location you might be able to access a Manchester City vs Real Madrid live stream with your bookmakers’ website or app.

So check the listings of your bookie, because you might just be able to enjoy this game on your computer, phone or tablet.

Phroper1951 12 months ago
City was not looking like a team that is prepared for a team like Real, so I think that Zidane can surprise everyone.
Show all comments 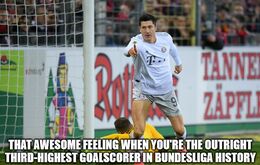