This is a fight that a year ago, perhaps no one would have predicted to happen but now it's really happening, so we are happy to bring you our Mayweather vs Paul betting tips . The Logan Paul vs Floyd Mayweather date was set on the 6th of June 2021. The current Mayweather vs Paul odds have the former as the huge favourite, priced at just 1.05.

It is clear Floyd Mayweather is the bookies favourite for this contest but let us take a closer look at the match with our Mayweather vs Logan Paul predictions .

The Mayweather vs Paul fight announcement should not come as a surprise considering some of the fights, we have seen this year, such as the meeting between Mike Tyson and Roy Jones Jr. This is a matchup between one of the greatest boxers of all time, who comes into the contest with an undefeated record and a YouTube star.

This fight is billed as an exhibition bout, meaning it will not be recorded as an official boxing event. Nonetheless, both men will be entering the ring determined to come out on top. In many respects, all the pressure is on Mayweather, who was an extremely successful professional boxer. Paul, on the other hand, is best known for his appearances on YouTube but is aiming to carve out a career for himself in the squared circle.

Therefore, we could see quite an aggressive approach from Paul and this will allow Mayweather to showcase his defensive skills. Continue below for more Logan Paul vs Mayweather tips as we analyse the odds.

Find out what are the betting odds for this fight at Bet365!

As highlighted above, the Logan Paul vs Floyd Mayweather betting odds fall heavily in favour of the latter, who is just 1.05 to win this fight. Paul is out at 10.00 and this suggests he has truly little chance of winning and the odds are significant considering it is a two horse race.

There are other Mayweather vs Paul odds available for this fight, including First to Bleed, Will Logan Paul Be Knocked Down, and Will the Fight go the Distance. In terms of the First to Bleed market, Paul is the favourite, although this is closer than the fight winner odds. The Will Logan Paul Be Knocked Down market is offering interesting odds in favour of the knock down happening, with No on offer at a much higher price. Interestingly, the Will the Fight go the Distance market offers great odds, which we will come into more detail below.

3 years ago a fighter from the UFC said my name and I had to put a muzzle on that b****. Logan Paul can get the same treatment before I go conquer Japan again. - Floyd Mayweather via Twitter

There is no doubt the majority of Mayweather vs Logan Paul predictions will be in favour of the former professional boxer but it could pay to remember this will be an exhibition fight. Therefore, although Mayweather is likely to be in full control throughout the contest, he may allow the fight to go on for longer. It is more likely the two fighters will deliver a sparing show than Mayweather causing what could be significant injury to his opponent should he go on full attack mode.

Take the meeting between Mayweather and Conor McGregor as an example. Mayweather comfortably outmatched his opponent but he paced himself throughout the contest and managed to keep things interesting for the audience. However, Mayweather remained in control at all times and we could be in for a similar outcome in this fight.

You only have to take one glance at the Floyd Mayweather vs Logan Paul stats to understand the gap between the two men.

So, with all of the above information in mind, we come to our Mayweather vs Paul betting tips . It would be foolish to go against Mayweather in this fight but there is little value in backing him to win. However, as highlighted above, Mayweather may want to keep the contest alive for as long as possible and that could see the fight go the distance. The Mayweather vs Paul odds offer attractive odds for the fight to go all the way.

There is a chance Mayweather will draw blood during the contest if he decides to unleash some of his trademark blows. You can back Paul to be the first to bleed at a valuable price.

Check out the betting tips from our tipster!

This fight is sure to draw big interest from both the boxing and live streaming world. It is highly likely we will see Logan Paul vs Floyd Mayweather PPV packages being released and that could make it difficult to find a free Mayweather vs Logan Paul live stream . Our advice is to bookmark this page and follow our website not only for the Mayweather vs Paul betting tips, but also to get updates regarding a live stream and plenty of betting bonus offers leading up to the fight. 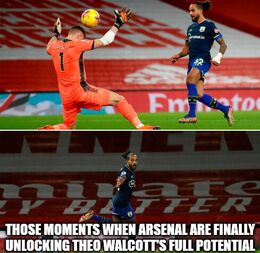