Today is a great day to analyse some Morocco vs Portugal betting tips. When forecasters sit down to deliver their Morocco vs Portugal betting picks, one thing they are bound to consider is the fact that no African country has ever appeared in a World Cup semi-final. The odds certainly reflect that, with Portugal being massive favourites, and their last 16 thrashing of the Swiss will definitely have reminded the other quarter-finalists of their quality. Bet365 has Portugal available at nearly 1.70, Morocco at close to 5.80, and a draw at over 3.50.

However, Morocco will present tougher opposition and here we deliver a thorough review; analyse the markets, and offer up some of the best Morocco vs Portugal betting picks.

The scenes that followed Morocco's historic penalty shoot-out success against Spain will live long in the memory; but they now have to compose themselves and go again, because they genuinely have a fantastic opportunity to become Africa's first-ever World Cup semi-finalists, and once there who is to say they cannot go one further and make the actual final. Of course, Portugal will have something to say about that, but the “Atlas Lions” may never get a better chance to make the last four... at least.

To achieve such a feat they will need their heroes of the last 16 victory over the Spanish to turn up again, especially at the back, where they laid their bodies on the line, time after time, including Achraf Hakimi, who will have some mixed emotions in that match, having been born in Madrid. Sofyan Amrabat will cover every blade of grass from midfield, that is a given, and in Hakim Ziyech, they do possess a match-winner.

The Portuguese however, finally sparked against the Swiss and will have certainly sent a warning not just to this opponent, but also to all the others still in the tournament, with a demonstration of the wonderful ability in their ranks. Gonçalo Ramos, with his magnificent hat-trick; Bruno Fernandez, Bernardo Silva, and João Félix, all played with a swagger, and reminded everyone just what a great team the Portuguese can be when everything clicks into place – and that was all undertaken without Ronaldo on the pitch until the last 20 minutes when the game was already won.

Not even in my best dreams did I think about being in the starting team in the knockout phase. I'm just happy to contribute to the team's victory. - Goncalo Ramos after his stunning performance against Switzerland, Reuters

The match will be played at the Al Thumama Stadium, just 8 miles outside the city centre of Doha, with a kick-off time of 6 pm local time, on Saturday 10 December. This is the ground that resembles the 'gahfiya', a traditional woven cap worn by men across the Middle East, as well as parts of North Africa, and maybe that is why Morocco has taken such a liking to it already at this tournament.

This will actually be their third visit to the venue, having won twice in the group stages, including their shock 2-0 success against Belgium. For Portugal, it will be their first visit, so perhaps there is a slight advantage for the “Lions” but there is plenty of experience in the Portuguese line-up, so it shouldn't really play a part.

Can Morocco surprise again and beat Portugal? Find the latest prices for that to happen at Bet365!

After overcoming Spain, the Moroccans will have so much belief in their camp, so any World Cup tips that dismiss them completely, would be best ignored. They are a very good outfit and the Portuguese will have to be at their best to get past them. The Morocco vs Portugal best prediction is for a terrific clash of contrasting styles, with the first goal likely to be hugely important.

The only two times these teams have met were in the World Cup tournaments. In 1986 in Mexico, where Morocco was one of the biggest surprises of the tournament, the African side won 3-1 in the group stage. Four years ago, Portugal took its revenge, winning 1-0 also in the group stage.

* - Morocco won after the penalty shoot-out.

During this tournament, Morocco hasn't changed its starting eleven too often. That approach is now bringing some troubles as Nayef Aguerd is dealing with an injury and it's unknown whether he'll make it on time to face Portugal. The same goes for Saiss and Amrabat, which may eventually force Walid Regragui to make a few forced changes.

Before the match against Switzerland, Fernando Santos made some surprising changes in Portugal's starting XI and he may want to repeat them now. Therefore, we expect to see Ronaldo and Cancelo again on the bench, with Ramos and Dalot getting another chance to play from the start. Also, while Danilo and Nuno Mendes are probably out, Ruben Dias and Pepe will form the line in the centre of Portugal's defence. In the midfield, Carvalho may maintain his place and put Neves on the bench again.

Despite knocking out the Spanish, leading bookmakers such as Bet365, Pinnacle and 1XBET do not anticipate Morocco repeating the achievement against Portugal. The Europeans have been installed as huge favourites with Morocco vs Portugal winner odds in their favour at 1.67, compared to the Moroccans at a massive 5.75, with the draw at 3.60.

Even though Ronaldo was left out of the starting eleven against the Swiss he is still the favourite for the first goalscorer at 5.00, followed by hat-trick hero Gonçalo Ramos at 6.50; in actual fact, there are seven Portuguese players ahead of any Moroccans in the list, with their shortest price players being: Youssef En-Nesyri at 11.00, and Abderrazak Hamdallahat 12.00. While we're on the goalscoring topic, learn about the current frontrunners in the race for the Golden Boot from our betting guide with tips for the potential World Cup top goalscorer available in the related JohnnyBet article.

In the correct score market, it is 9.50 on a 2-1 Portugal victory; whilst Morocco to win by the only goal is 15.00. Those who see the Portuguese running away with it might be tempted with 4-0 at 34.00, but anyone brave enough to forecast a 3-1 success for the Atlas Lions can get a tasty 67.00. For the same price in the half-time/full-time section, place the bet on Portugal/Morocco; whereas a result the other way around is 29.00; a Portugal/Draw is 19.00; and if the thought is for a close match all the way through, then 5.50 is on offer for the Draw/Draw.

Not too many would have had this marked down as a possible quarter-final, but Morocco has done incredibly well to see off firstly the Belgians in the groups, and then memorably, the Spanish in a never to be forgotten penalty shoot-out. What they need to do now is retain the confidence gained from those victories, but put the emotions from them out of their minds. If they do they can absolutely upset the WC 2022 odds and pull off another shock result.

Follow the latest tips for betting ahead of the Morocco vs Portugal World Cup quarter-final!

That said, they will be coming up against a team in Portugal who may just have timed their return to prime form just at the right time. They looked sensational at times against the Swiss last time out when scoring six, and have so many attacking options at their disposal it is frightening.

When making Morocco vs Portugal predictions it is obviously necessary to recognise no African team has been beyond this stage; but that could be an extra incentive to push the powerful Moroccans to that next level, which is going to be required. It is unlikely that Portugal will enjoy as much freedom on the pitch as that which they were afforded, and then exploited so clinically, against Switzerland.

The “Atlas Lions” have seen off their nearest European neighbours, but the Morocco vs Portugal prediction is for their next nearest to prove to have just a little too much for them, and the Portuguese run out narrow winners. Remember to take advantage of our betting predictions ahead of the England vs France quarter-final provided in the related article as a part of our extensive World Cup coverage at JohnnyBet.

Players looking to cash in on their Morocco vs Portugal betting picks should look to place their WC 2022 online bets using the free offers that are available at the leading brands. These companies understand the significance of this tournament and its massive gambling attraction. These incentives are aimed at encouraging an initial increase in new membership in the short term, with the intention of retaining their custom longer term.

Bet365 has a terrific promotion that sees them provide €50 (or equivalent in local currency) to assist in initial wagers, so that players can place a bet on their Morocco vs Portugal betting tips without risk; whilst at 1XBET they will match by 100% new account holders opening deposit up to €130 (or equivalent in local currency), both given away simply for signing up to their websites.

3.2 How to Bet on Morocco vs Portugal

If you are new to placing a WC 2022 online bet then pay a visit to a leading bookmaker such as Pinnacle and register for an account, The process is really straightforward and just requires a few basic details, before being able to locate the markets that correspond with the selection chosen from your Morocco vs Portugal betting tips.

There are prompts all the way through to the correct section in which to turn your Morocco vs Portugal betting prediction into an actual bet; it could not be simpler.

The game will take place on Saturday 10 December, kicking off at 6 pm local time, in the Al Thumama Stadium, Doha.

Just a few days before this crucial game, the early favourites are Portugal as would be expected given their pedigree and their stunning six goals against the Swiss; they currently have the best price of 1.67; Morocco is showing at 5.75; whilst it is 3.60 for the draw at full-time.

4.3 ⚽ What is the furthest either team has gone in past World Cups?

For the Moroccans the quarter-finals are already the furthest they have been; whilst Portugal made the semi-finals way back in 1966, in England.

There will be no shortage of Morocco vs Portugal betting tips for this match and the likes of Bet365, 1XBET, and Pinnacle consistently have competitive odds; as well as offering an excellent online gambling experience. 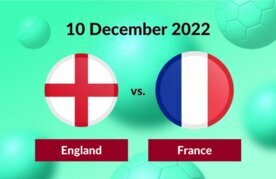 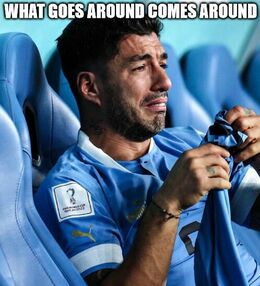