Some of the top online slot machines are based on television sitcoms and movies. There are so many television platforms available today that it can be difficult to watch them all but Netflix is one of the most popular. One of their best television series to date is Narcos and there are currently three series to enjoy.

In addition to the television series there are many other Narcos products to sample, one of which is the Narcos Slot Machine. The game has been produced by NetEnt and was released in 2019, closely following the theme of the television programme. Check our Narcos slot machine review and get more information about it! In text below, we will also show you, in what online casino you will able to play in this title.

For those who do not know, Narcos is a television series which follows the rise and fall of Pablo Escobar, the notorious drug lord in Colombia. Therefore, the Narcos Slot Machine is based on Escobar and his time as a drug lord in South America. If you want to watch the series before playing the slot you can but of course it is not necessary and you can still get full enjoyment for playing the game having not seen the series.

You will notice a close resemblance to the characters from the show on the reels of the Narcos Slot Machine. There are three rows of five wheels and in total, due to the ‘win-all-ways’ mechanism used on the slot, there is 243 ways to win, which is good.

The Narcos Slot is available for desktop, laptop and mobile devices and you can play from a minimum of £/$/€ 0.20 to a maximum of £/$/€ 400 per spin. As always, only set this to an amount you can afford to lose.

When you get your stake amount, you can begin playing the game. There are several features on this slot which make it exciting to play. When spinning a winning combination that includes the wild special agent police badge, the walking wild feature is activated. For every spin, the walking wild will move one position to the left and continue to do so until it is no longer part of a winning combination.

If you see a car coming from the reels you have activated the drive by feature. A person shoots from the car and changes the high symbols into wild symbols.

Start your adventure with Narcos!

The final feature is for free spins and these feature a car. If you land three of these you will win 10 free spins and on each of these spins one or more high symbols are transformed into wild symbols.

In addition to the symbols highlighted above, you will find the standard slot machine symbols plus flamingos a cartel member, planes, a blonde woman and two DEA agents. They combine with the features above to make a fantastic slot.

The Narcos Game not only looks fantastic but it is a lot of fun to play, with some great prizes to be won. You can find it in casino section Bet At Home with promo code, which allows you to get quite impressive bonus!

We want to remind you, that with JohnnyBet, players can count on many codes for slots online in William Hill and many other online casinos! 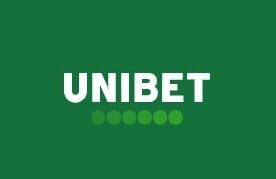 Load more fun
Articles
Play responsibly 18+
We use cookies to give you the best online experience. By using our site, you agree to their usage.
Didn't find what you were looking for? Try our lucky clover.
Narcos