The Nobel Prize 2022 betting odds are currently really competitive in the “peace” category, which is normal as that is the prize which generates the most interest, as a rule. The prizes themselves consist of a gold medal, a diploma, and nearly $1 million in prize money, which probably explains why the betting odds for the 2022 Noble Prize favourites are always close. Here we preview the awards, focusing particularly on the literature and peace categories.

To accurately conduct a Nobel Prize betting preview it is probably necessary to appreciate that the winner is decided by the Nobel Committee, who reach a consensus between themselves on the result. In the late 19th century, wealthy Swedish inventor Alfred Nobel established that his fortune should be used to fund five annual prizes given “to those who, during the preceding year, shall have conferred the greatest benefit on mankind,” although it was in actual fact the beginning of the 20th century, 1901 to be precise, and five years after his death, that the first prize was handed out.

Nobel Prizes for Physics, Chemistry, Medicine, Literature, and Peace, were later joined by Economic Sciences. The selection process is thorough, the administration of which is controlled by the Nobel Foundation. The prizes however are awarded by four organizations, as stipulated in Alfred Nobel’s will. The Swedish Academy confers the prize for literature, and the Norwegian Nobel Committee decides the coveted prize for peace. The Royal Swedish Academy of Sciences is responsible for the physics, chemistry, and economics prizes; whilst it is The Karolinska Institute that bestows the prize for medicine.

Register at Bet365 and look for the current prices for the Nobel Prize in literature!

Betting on Nobel Prize in 2022 is looking like it will be highly competitive, especially in the “peace” category, where several genuine candidates have emerged, all with realistic chances of success. Some of the most famous people in world history have scooped one of the highly sought-after prizes including Sir Alexander Fleming, Ernest Hemingway, Winston Churchill, Nelson Mandela, Mother Teresa, and Martin Luther King.

The events of the world around us will have a massive impact on the destination of some of the awards, particularly the peace award, where some impressive and hugely courageous nominations will battle it out, with a guarantee that whoever walks away with the prize, will be well deserving.

When considering the Nobel Prize 2022 betting odds the essential thing to do is undertake some appropriate research on the main “players” in all the categories. They will all be deserving for their achievements in their specific fields, but for diverse reasons, and much will depend on the judging panel.

Standard bonus on William Hill
Bet £10 get £30 in free bets
Join, get free bets, and bet!

That is why Nobel Prize outright odds can fluctuate quite dramatically from bookmaker to bookmaker. It is, however, a potentially lucrative move, and one of the better alternative gambling markets. If you want to bet on this market knowing you interact with top brands, browse our thoroughly selected list of the best legal online bookmakers provided in the related ranking.

The Nobel Prize in Literature betting odds have not yet been released. Unlike the peace prize, the Laureates in this category are nominated by members, professors, and previous Nobel Laureates, in literature.

Among the strongest contenders for this year's award are Ukrainian Serhiy Zhadan, whose genre includes poetry and translation; Georgi Gospodinov from Bulgaria, a skilled novelist and poet; and Salman Rushdie from the UK, who excels in short stories, and essays.

These awards are decided by a five-person Norwegian committee. There are many individuals showing up well in the early Nobel Peace Prize 2022 outright odds, which are exceptionally competitive with as many as half a dozen potential winners emerging. The Kyiv Independent is amongst the early Nobel Prize favourites in 2022 for peace; joined at the top of the betting by Volodymyr Zelenskyy, the heroic Ukrainian leader.

Head to Unibet and check if there are already competitive prices for this year's Nobel Prize!

The United Nations High Commissioner for Refugees (UNHCR) then shows for their sterling work; followed by two individuals, who are both strongly fancied amongst shrewd tipsters to take away the big prize. These are Greta Thunberg, the Swedish environmental activist, and Alexei Navalny the Russian anti-corruption activist and prisoner.

Other names in the frame include David Attenborough, the World Health Organisation (WHO), The Arctic Council, and the Committee to Protect Journalists. Make sure to use our guide to comparing betting odds before you decide at which bookmaker you will wager on the Nozbel Prize in 2022.

Unlike sports, Nobel Prize predictions have no “form” as such, they are achieved in a subjective manner, voted for by a panel, who evaluate accomplishments, whilst at the same time taking in consideration various social and technical aspects.

This makes putting forward a Nobel Prize 2022 winner prediction all the more tricky, as a punter needs to think “outside the box” to some degree. The significance of certain events can overtake others, making a Nobel Prize 2022 betting prediction something that requires careful thought, before committing to any one individual.

4.1 🏅 What are the odds for Nobel Prize in Literature this year?

The Nobel Prize in Literature 2022 odds have not at this present moment in time, been released, although, with the decisions on the laureates just a month away, they should be available very shortly.

This year's Peace Prize winner betting odds reflect the incredible openness of the event this time around. Favourites are the likes of Volodymyr Zelenskyy, the UNHCR, Greta Thunberg, and Alexei Navalny, with Nobel Prize Betting Odds just single points different, from 4.00 to 8.00 meaning it is anybody's contest.

4.3 🏅 When will we learn who will be the Nobel Prize laureates this year?

The 2022 Nobel Prize announcements will be released at the beginning of October, with the laureates then invited to the Nobel Week in Stockholm in December, joining the 2020 and 2021 laureates.

The Nobel Prize 2022 outright betting odds in each category will inevitably be quite cagey. None of the brands will be giving too much away, which is why it is advisable to stick to those leaders in the industry, such as Bet365, William Hill, and Unibet, who can be guaranteed to be consistent with their Nobel Prize 2022 betting odds. 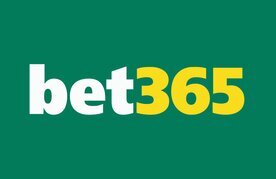 Load more fun
Articles
Play responsibly 18+
We use cookies to give you the best online experience. By using our site, you agree to their usage.
Didn't find what you were looking for? Try our lucky clover.
Nobel Prize