Sports fans have been waiting 5 years for this event and in addition to our 2020 Olympics tips and predictions, we will bring you details of where to watch Summer Olympics 2021 and perhaps most importantly, where to bet on Olympics 2021. There are plenty of fantastic events to look forward to throughout the games, so let’s move on and begin the Summer Olympic Games 2020 betting preview with a look at some of the sprint races.

We start our Summer Olympics 2021 sprints betting predictions with arguably the most popular event of any Olympic Games, the 100 metres. Usain Bolt won the men’s 100 metres in Rio in 2016 but has since retired from the sport, meaning we will see a different man at the top of the podium in 2021. Noah Lyles is one of the hottest prospects in athletics right now and the American is the reigning 200m World Champion. Although he set a personal best of 9.86 in May 2019 for the 100 metres, it's Trayvon Bromell who is considered the favourite in the Olympics 2021 odds for the men’s 100 metres.

I don’t think about rivals a lot. I mean, honestly, in my head I don’t have any rivals. Track and field is one of those sports where you need to focus on yourself and your own lane. Medals are always more important. Records get broken all the time, but everybody remembers a medallist. - Noah Lyles in an interview before the 2021 Olympics, the Guardian

Looking at some of the other betting picks for Tokyo 2021 Olympics in the men’s 100 metres and Andre de Grasse of Canada is a major contender. Having won bronze at the 2019 World Championships in Doha, de Grasse has a personal best of 9.9 seconds and will be hoping to claim the gold medal in Tokyo. Some of the other Summer Olympics 2020 contenders for the men’s 100 metres includes South Africa's Akani Simbine, Ronnie Baker from the United States, and as one of the potential Tokyo Olympics 2021 underdogs, we have Fred Kerley.

Next in our tips for Summer Olympic Games 2020 we move to the women’s 100 metres. We could be set for a tremendous showdown between Shelly-Ann Fraser-Pryce and Elaine Thompson-Herah, both of Jamaica. As Jamaica's two-time Olympic champion, Fraser-Pryce became the second-fastest woman in history at a recent meeting in Kingston and looks in fantastic shape heading into the event. Before the Tokyo 2020, Sha'Carri Richardson was also one of the biggest favourites. However, she won't participate in this year's Olympic Games due to the ban she received.

Go to Bet365 and find the best betting odds for Olympics 2021 events!

Fraser-Pryce and Thompson-Herah are two of the Olympics 2021 betting favourites and it is unlikely we are going to see any outsiders for Olympics 2021 succeeding in the women’s 100 metres.

Football has long been a part of the Summer Olympics. It has been included in the majority of Summer Olympic Games as a men's event and was added to the official program for women at the 1996 Atlanta Games.

Our Olympics 2021 football betting tips believe Brazil and United States will compete strongly to win the men’s and women’s titles, respectively. However, the Summer Olympics 2020 betting odds at Bet365, William Hill, Unibet, and 1XBET suggest the men’s football gold medal will be closely fought between Brazil and Spain as other favourites such as France, Argentina, and Germany were already eliminated. However, we shouldn't underestimate Mexico who also can grab the gold medal here.

In terms of the women’s football competition, the United States were the clear favourites as they are the most dominant team in the history of women’s soccer. Having lost to Sweden in the quarterfinals of 2016, the United States were determined to put on a show and take the gold medal back to America. The absence of defending champions Germany also enhanced the chances of a United States victory and one of the more confident Olympics 2021 betting predictions was for US success in the women’s football tournament. However, they lost to Canada in the semi-final and the only thing they can win now is the bronze medal.

The tennis competition at the 2021 Olympics will be played on hard court at the Ariake Tennis Park. In terms of Olympic Games 2021 tennis predictions, it is not a surprise that there aren't too many clear favourites. For example, Roger Federer and Rafa Nadal won't play in Tokyo, similar to Serena Williams who also won't compete there. Although Naomi Osaka was back, she was eliminated very early in the women's singles tournament.

Follow the latest betting predictions for Olympic Games 2020 made by our tipsters!

What we do also know is Coco Gauff is not playing at the Olympics to represent the United States as she caught COVID. Ultimately, it's Belinda Bencic who won gold, having defeated Marketa Vondrousova in the final.

Moving to the men’s draw and Japanese star Kei Nishikori was desperate to win a gold medal for his country on home soil. However, world number one Novak Djokovic has said he would take part in the tournament if some fans were allowed inside the venue and that made him the clear favourite in our 2020 Olympics tips and predictions for the men’s tennis gold medal. However, the gold medal was won by Alexander Zverev who defeated Karen Khachanov in the final.

4. Volleyball at Olympics 2021 Tips and Predictions

Volleyball emerged as an Olympic sport in 1964 and has been ever present since the games in Japan. Brazil, United States, and the former Soviet Union are the only nations to have claimed multiple gold medals in the men’s competition and all three nations, the latter of which will be playing as a neutral participant, will be present in Tokyo. Brazil’s men were undefeated throughout the 2019 FIVB World Cup season and lead many people’s Tokyo 2021 Olympics volleyball betting picks. Poland look set to be one of their main challengers having won the 2018 World Championship.

Looking at the women’s competition and our Olympics 2021 betting favourites are China, who are previous back-to-back FIVB World Cup champions. Serbia are also in contention as the current world champions.

Basketball has been a regular feature of the Olympic Games since 1936 and it will come as no surprise to find out the defending champions, for both men and women, is the United States. The US have won medals in 28 of the 30 men's and women's Olympic Games basketball tournaments, with 23 of the medals being gold.

In terms of the men’s competition, Argentina and Men's World Cup winners Spain are potential Summer Olympics 2020 contenders. When making Olympics 2020 basketball tips and predictions for the women’s basketball event, USA has won every gold medal since Atlanta 1996 and it is highly unlikely anyone is going to stop them in Tokyo. Remember to follow the latest tips and betting predictions for basketball matches and tournaments available in the related article.

We know you may want to know everything about Tokyo 2020 transmission, so you can always follow detailed information about Olympics 2021 live streaming and the list of TV broadcasters enlisted in the related article. However, you can enjoy a Tokyo 2021 Olympic Games live stream by joining one of our recommended online bookmakers. We have exclusive promotions and bonus codes for:

Each of these brands are sure to be offering Olympics 2020 live streaming. Why not claim a bonus when using our Olympics 2021 betting tips and you could double the amount of money with which you have to bet?

Bookmakers have no doubts that it's the USA who are the biggest favourites to win the gold medal table. They are available at 1.10. China are the best outsiders and you can back them at 7.00.

If you don't have access to broadcast on television, we advise you to go to 1XBET and Unibet to check whether they have the rights to offer live streaming for Tokyo 2020 games and events on their platforms.

We recommend you follow our most recommended sports betting brands and register at Bet365, William Hill, Unibet, and 1XBET as they have the best betting offer for Olympics 2020, so you can use our Olympics 2021 betting tips there.

Ovens1994 23 days ago
The only reason I watch the Olympics is basketball - I just want to see the USA crashing every opponent on their road to gold medals!!!
Show all comments 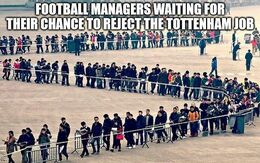