Once a team gets to the knock-out stages, they can begin to dream, as effectively they are just three results from the final; therefore any Portugal vs Switzerland betting tips will need to reflect the moods in both camps. It is possible that the poor showing by Portugal in their final group game, irrespective of the big names rested, will have had a negative effect, whereas the Swiss should be elated, after coming from behind, when it looked like they could be heading home. The Portugal vs Switzerland odds favour team Portugal to win at 1,9, while the draw is priced at 3,4, and for the Switzerland winning the match you can get the odds at 4,5.

There is certainly no WC 2022 sure bet to be had in this one, as it is fascinating clash of styles. Here we look at how they arrived at this game from their respective groups; present a few markets to explore; and deliver our Portugal vs Switzerland prediction.

The game will take place on Tuesday 6 December, with a local time kick-off of 10pm, at the hugely impressive 80,000 capacity, Lucail Stadium, just 10 miles outside of Doha central. This is the show-piece venue which will host the final in a couple of weeks time. The Portuguese have already sampled the atmosphere with a 2-0 victory over Uruguay, but for Switzerland it will be their first visit.

The Swiss were involved in an enthralling final group game against the Serbs, with the lead changing hands three times before they secured victory. For Portugal, it was a limp end to their qualification, although to be fair they had done the hard work earlier in the week, but their defeat to South Korea will have left them a little flat, and with possibly Spain awaiting in the quarter-finals, it will not have done much for their WC 2022 odds.

Switzerland's best ever tournament was way back in 1954 when they reached the quarter-final in their own country. For Portugal they went one better in 1966 in reaching the semi-final before succumbing to the host nation England, who went on to win the trophy. These two have met many times over the years, with the Swiss winning the majority of them, including their last meeting in June of this year, when they secured a 1-0 win in the Nations League, although seven days prior to that the Portuguese had won handsomely 4-0, in their home fixture.

The obvious dangers in the Portugal ranks are the Manchester based duo, Bruno Fernandez at United and Bernardo Silva at City; plus of course Ronaldo, who despite looking a little out of sorts so far, is always likely to nick a goal out of nowhere. For Switzerland - despite now playing Major League Soccer for Chicago Fire - Xherdan Shaqiri still poses a genuine threat, as demonstrated in the win over Serbia.

There isn't much too choose between these two teams, so the Portugal vs Switzerland best prediction is for it to take extra time and possibly even penalties to decide who progresses.

They will not be unmotivated. I trust my team, but this result serves as a warning to them. - Fernando Santos after loss to South Korea, The Telegraph

The leading bookmakers such as Pinnacle, 1XBET, and Bet365, are leaning towards the Portuguese here, with best price Portugal vs Switzerland winner odds of 1.91; whilst it is 4.50 for the Swiss, which is a little surprising as they appear much closer. It is 3.30 for the draw, which looks a good option.

In the alternative markets there really is some excellent value Portugal vs Switzerland odds to be found, with the half-time/full-time betting looking especially appealing. If 31.00 for Switzerland/Portugal sounds good, then 61.00 for Portugal/Switzerland should be doubly impressive; although as this looks extremely tight, the 17.00 on either to be leading at the break, but pegged back to a draw at the final whistle, seems to be a great opportunity.

Check out the odds available at Bet365!

This is a really tough one to make a confident Portugal vs Switzerland betting prediction on, as they are pretty evenly matched. The Portuguese have a better recent tournament record, but to be fair the Swiss always seem to quietly go about their business and sneak under the radar to some extent, so finding a winner is not easy.

In their respective groups neither of them have looked to be particularly threatening, both getting through without seemingly moving into top gear. There is something about Portugal that makes them always look vulnerable, so it is difficult to see them keeping a clean sheet, and with the Swiss hitting three to secure their place in the knock-out stages last time out, they will be confident of creating problems.

However, there is so much attacking flair in the Portuguese squad that it seems impossible for any side containing such talent, not to score several for themselves. Portugal vs Switzerland predictions are much easier when one or the other has home advantage, as both are very strong in that respect, but here it is a different matter, and it is very possible to see this being a high scoring draw, that has to be settled by penalty kicks.

In the bookmakers world, a competition such as this represents a huge opportunity for them to encourage a big increase in their customer base. For a punter this is good news, as anyPortugal vs Switzerland betting picks that you may wish to convert into World Cup 2022 online bets can be done effectively without financial risk, if you take advantage of the free offers that leading brands make available.

1XBET are especially charitable with their 1XBET World Cup promotion, which matches an opening deposit by 100%, up to €130 (or equivalent in local currency); or you may try Bet365 who very generously give new account holders €50 (or equivalent in local currency) to help them on their way. Using either of these excellent offers will mean that a first time user can confidently turn their Portugal vs Switzerland betting tips into actual bets, risk free.

3.2 How to Bet on Portugal vs Switzerland

If placing WC 2022 online bets seems a bit daunting to you, then visiting an industry leader such as: Bet365, Pinnacle, or 1XBET will quickly put you at ease, and make turning your Portugal vs Switzerland betting tips into “live” wagers, a simple procedure.

First of all there will be a need to register as a new player by completing the obligatory fields and depositing any stipulated funds. Then locate a WC 2022 betting section within the website chosen and follow the prompts through to the market where you wish to place the bet. There are easy to follow instructions and very quickly you can place your stake on any Portugal vs Switzerland betting prediction and then sit back and agonise as the game fluctuates one way, and then the other.

The match takes place on 6 December at Stadium 974, with 10pm kick-off, local time.

The Portugal vs Switzerland odds from leading bookmakers such as Bet365, 1XBET, and Pinnacle, all favour Portugal, with a best price 1.91; with the Swiss at 4.50; or alternatively it is 3.30 for the draw.

4.3 🇵🇹 What is the furthest Portugal have ever got in any World Cup tournament?

Portugal reached the semi-finals all the way back in 1966, when they lost to the hosts and tournament winners England.

It is open to debate here, especially on the Portuguese side, with the likes of Ronaldo, Bruno Fernandez and Bernado Silva all laying claim; whilst for the Swiss, look no further than Xherdan Shaqiri. If gambling on first goalscorer, any Portugal vs Switzerland betting tips will heavily feature these stars. 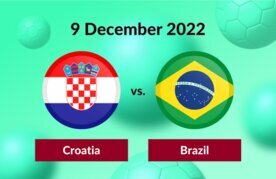 Thuglife.87 about 2 months ago
Switzerland is always capable of making an upset. I can imagine that they'll advance further
Show all comments 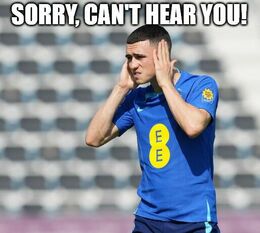 Load more fun
Play responsibly 18+
We use cookies to give you the best online experience. By using our site, you agree to their usage.
Didn't find what you were looking for? Try our lucky clover.
portugal