NextGen Gaming has recently released a number of slots tied in with classic movies from Universal Studios, and joining the range is the chilling Psycho. Based on the Hitchcock film that was released on 1960, the Psycho slot machine looks dark and menacing but will brighten your day with the huge multiplier wins and extra free spins that will come your way as you play it.

Now featured on our top-rated casinos, Psycho can be played using bonus funds and promotions when you register via JohnnyBet.

Anyone who has watched the movie will instantly recognize the image if the house and Bates Motel that forms the backdrop to this stylish game. To add to the atmosphere it's set in the middle of a storm, with lashing rain, all watched over by a mysterious figure at one of the windows of the house. If you haven't seen the film, I won't give away the twist in the tale, but it can still shock over 50 years since it was released.

Played out across five reels, you can wager on up to 25 lines, and the more if them that you have a stake on, the more frequently you will be rewarded with a winning spin. The symbols include someone looking through a keyhole, a detective, cash, motel key and a woman who is likely to come to a nasty end.

Of course the most famous scene of the movie is where she gets stabbed while taking a shower, and this features in the game as well, with the reels spinning across a shower curtain. When a knife slashes across the reels, you know that the Wild symbol is about to make an appearance, and it’s an exceptionally valuable one in this game. Not only does it work in the usual way, replacing other symbols to complete winning lines, it also multiplies the value of such wins, by anything from 2x to a massive 20x. That’s on top of the wins that are paid out for getting several Wilds on a line, which can be as high as 1,250 coins.

Even bigger prizes can come from the Scatter symbol, with just two of them equalling 25x the line bet, and a full line of five being worth 2,500x the line bet amount. The Scatter also has the distinction of being the trigger for 10, 15 or 20 free spins when 3, 4 or 5 land anywhere on the reels at once.

The free spins can be even more rewarding than the base game, as Wild multipliers go all the way up to 40x the win amount, and as there are extra Wilds on the reels, you should get extra prizes throughout. Three or more Scatters in the free spins game will re-trigger the round, with the additional games playing out as soon as the current ones have finished.

Psycho is yet another quality title from NextGen Gaming and can be played with a bonus when you sign via JohnnyBet links. Take a stab at playing the no download Psycho slot machine and with all the multiplier prizes you could make a real killing. 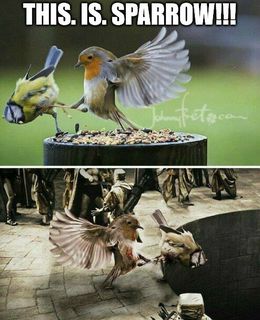