Rainbow Reels slot is a bright and cheerful slot game that is absolutely packed with bonus features and side games. It follows the popular Irish theme and has leaping Leprechauns, Pots of Gold, Rainbows and Wishing Wells to trigger the bonuses, all set against a background of rolling hills.

Play Rainbow Reels slot online, register new account via the links on JohnnyBet and claim lots of free spins and bonus funds to enjoy all of its' features for free.

The Rainbow Reels online video slot has the classic 5 reel layout with 20 paylines, meaning that you can place wagers on between 1 and 20 lines, choosing your coin size to match the amount you wish to place on each spin. With bright and clear graphics, it is easy to get started in just a couple of clicks.

Alongside the picture symbols are the traditional 9, 10, J, Q, K and A symbols, all of which are rendered in a Gaelic style, keeping with the Irish theme. Wins are paid out whenever three or more of the same symbol land on adjacent reels across a payline, although the Leprechaun is Wild, so if you have just two symbols, and he appears in the right place, he will substitute for the third and create a winning line for you.

The Rainbow Reels symbol pays out the biggest wins in the base game, as getting five right across a line will result in a substantial prize of 500 coins heading your way.

Whatever prizes you win playing Rainbow Reels online, you can multiply them several times over in the Gamble game, where clicking on Red or Black as a playing card flashes between the two colours will double your prize and give you the option to try and double it again or again. You can choose to play the Gamble round with any win up to a certain value and it can be a great way to bring in extra cash.

To start the bountiful bonus games, you need to get one of the picture symbols in at least three positions at once, with different rounds triggered by the various icons.

Three, four or five Rainbow symbols starts the Over the Rainbow game where lots of four-leaf clovers appear, and you click on them, revealing prize after prize until you have won 500x your bet amount or one of the clovers reveals 'Collect' and the round ends.

The Pot of Wealth Bonus is a quick game that starts when at least three Pot symbols appear. Click on any of them and they will reveal a prize that can be up to 500x the amount bet per spin. The Wishing Well game works the same way, but is, of course, triggered by the Wishing Well symbol.

With so many bonus rounds, plus lots of winning spins on the base game, the online Rainbow Reels slot game has brought the luck of the Irish to lots of players at Energy Casino, where you can find a lot of incredible games including similar titles to apex slots and other casino games. You can join it when you sign up via the links right here on JohnnyBet.

Great bonuses and welcome packages are waiting for you in this great Irish themed casino slot machine! 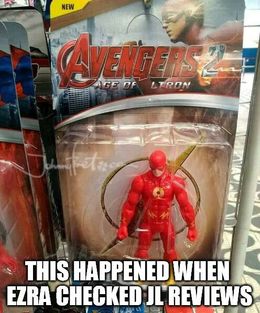