It’s the annual rugby union tournament that gets everybody talking.

The Six Nations returns in 2020 for its 126th edition on the whole and the 21st since Italy were welcomed into the fold to make it a six-team competition.

Wales will be the defending champions after securing a momentous grand slam victory in 2019 by winning all five matches and after an encouraging run at the World Cup they will fancy the job of successfully retaining their title.

However, it’s all change at the top for the Welsh, with new head coach Wayne Pivac replacing the inimitable Warren Gatland in the hotseat.

There’s also been coaching changes at Ireland, with Andy Farrell replacing Joe Schmidt, and Italy, with Franco Smith stepping into the breach.

Typically, we expect some amount of bedding in period as new ideas and tactics are deployed, and so attention – as far as Six Nations 2020 is concerned – has to be on England, who performed so brilliantly at the World Cup before going down in the final.

Eddie Jones remains in the head coach’s position, and that continuity, plus the huge improvements his side showed in Japan, suggests they are a worthy favourite to lift the trophy.

But do we agree with that assertion? Let’s take a look in our Six Nations 2020 predictions.

The Six Nations 2020 odds have been compiled by the bookmakers, and given the events of the past year it’s perhaps no surprise to see England installed as a heavy favourite at 1.83. They also have home advantage in two key fixtures (more on that later).

It’s been a while since France truly contested a Six Nations championship, and so their odds of 7.50 look a tad short, while Scotland have regressed of late and can be backed at 26.00.

Optimist, fantasist, masochist….if you fit these criteria you could always have a bet on Italy to win Six Nations 2020 at 1001.00!

In our annual Six Nations betting preview, we have stressed to the upmost degree the importance of home advantage in determining the outcome of the tournament.

Because each team plays five matches, that means that some teams play three on home soil and others only two, and it is the actual schedule which can determine the final destination of the trophy.

Here’s the interesting thing about Six Nations 2020: England will play three of their matches away from home. But just look at the two opponents that they will encounter at Twickenham: Wales and Ireland.

So, England’s two toughest tests will at least come in front of their own supporters and he trademark Twickenham roar. That is just one reason that they are expected to triumph this year. 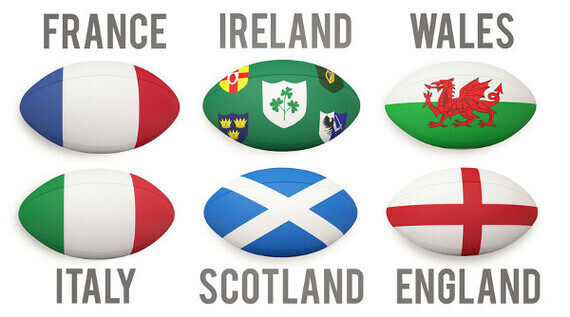 Got your own predictions and want to win some money? Add your own tips and take part in our Tipsters League!

Ireland are the second favourites ahead of Wales solely because they will host the defending champions in Dublin – that’s just how important home advantage is in this competition.

Ultimately, Six Nations 2020 could come down to a straight shootout between England and Ireland in London on February 23.

At this point, we reflect back on the World Cup and how strong England looked. Their forwards played with a frightening intensity, winning a procession of turnover ball that Owe Farrell and co tended to use with faultless precision.

Their opponents never got a chance to breathe, and England’s overwhelming tactics led them all the way to the final, where they ran out of steam against South Africa.

Ireland, meanwhile, were much less authoritative. Beaten by hosts Japan in the pool stage, they were then humbled 14-46 by New Zealand in the quarter-finals. There’s no shame in defeat to the All Blacks, but the manner of their performance was one of being completely outclassed by an outfit that England would go on to beat.

It’s a good question, and one that generates a simple answer. England, who will be a warm favourite for the all-important clash with Ireland, are a decent price at 1.80 and bettors should take full advantage.

There are other areas for our Six Nations 2020 betting tips to explore. The fixture list has been very kind to England with three ‘easier’ away games backed by the home dates with the Welsh and Irish, and on that note there is every chance Eddie Jones’ men can achieve a long-awaited grand slam.

That’s an outcome which England can be backed at odds of 2.70 to achieve, and that too looks excellent value to us.