As far as Slovakia are concerned, they will be hoping to match their exploits from the 2016 European Championship when they qualified for the knockout stages. They managed to do that by finishing third in the group and that is probably their most realistic chance of progressing in this tournament. Read on as we take a closer look at both teams in our Slovakia vs Spain tips and predictions.

We begin our Slovakia vs Spain preview by taking a look at the Spanish and they are the number one Spain vs Slovakia contender to take maximum points from this match. Spain had little trouble in qualifying for this tournament and went 10 games without defeat in their qualifying group. Sweden, who also feature in Group E at the European Championship were the team who pushed them closest but they were 5 points adrift in second place.

Avoiding France and Germany? At first you breathe a sigh of relief, but you never know. It is true that if you meet them in the group then you can't play them until the final, but I'm happy. We ended up in a very challenging group and there is not a single weak team among us. - Luis Enrique after the groups were drawn, MARCA

Spain were extremely disappointed to be eliminated at the Round of 16 stage at the 2016 European Championship and they suffered the same fate at the 2018 World Cup in Russia. However, despite being eliminated at that stage of the competition, Spain still managed to progress from the group stage and maximum points from this match will give them the perfect opportunity to finish top of the group.

Discover the best odds for Spain vs Slovakia game at Bet365!

Slovakia found it tough to qualify for this tournament and they finished 3rd in their group behind Croatia and Wales. However, they went through to the playoffs where they defeated Republic of Ireland via a penalty shootout and Northern Ireland 2-1 after extra-time.

Get advice form our tipsters who prepare the best Slovakia vs Spain betting predictions!

This is only the second time Slovakia have qualified for the European Championship and they are the Slovakia vs Spain underdog. When making Spain vs Slovakia betting predictions, we must look at the previous matches between the teams and Spain have won 4 of their 6 meetings, with one draw and one victory for Slovakia. The win for Slovakia came during the 2016 European Championship qualifying campaign and they picked up a good 2-1 win at home.

However, it is worth pointing out that this game will be played at the San Mamés, Bilbao and that hands Spain the home advantage. The Slovakia vs Spain odds are probably correct in their prediction that Slovakia are going to struggle to take anything from this match and they are the outsiders.

3. Other Bets for Spain vs Slovakia

A good Slovakia vs Spain prediction is for a narrow Spanish victory. Even when defeating Slovakia at home during 2016 European Championship qualifying, the match ended in a 2-0 victory for Spain and having taken a two goal lead after 30 minutes, they failed to add to their total. Slovakia are going to try and make it as difficult as possible for Spain to score and even if they win, it could be with under 2.5 goals.

You can back a Spanish victory and under 2.5 goals at very tempting odds with most of the bookies. If Sergio Ramos is fit, he will start and is likely to be on penalty duty. The Real Madrid defender is also a threat from set pieces and is available at great odds to score at any time.

The Slovakia vs Spain online broadcast is available on RTVS for Slovak fans and Mediaset España for those watching in Spain. There is also the possibility of following a Slovakia vs Spain live stream. Spain vs Slovakia free live streaming could be on offer at William Hill, 1XBET, Unibet, and Bet355. We recommend you sign up at each of these online bookmakers and take advantage of our promo codes plus Slovakia vs Spain betting tips. 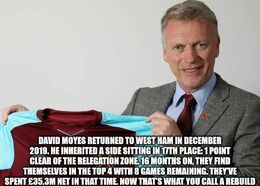