It’s the second most prestigious ranking event after the World Championship, and so in our UK Championship betting tips we have to reflect on a tournament that all of the players really want to win.

The 2020 edition of the UK Championship will, sadly, be moved from the Barbican Centre in York to the Marshall Arena in Milton Keynes due to the coronavirus pandemic, and that will once again mean that no fans are present in the venue – how will that affect matters?

What has been interesting during the 2020/21 season so far is that the thing most expected to happen – previously unheralded players reaching the business end of events due to less pressure of playing in empty rooms – hasn’t materialised, with most of the big guns stepping up to the plate.

At the European Masters, former world number one Mark Selby triumphed over a resurgent Martin Gould in the final, and the ‘Jester from Leicester’ was playing some excellent snooker at the recent Champion of Champions event before being downed by Neil Robertson in the semi-finals.

Robertson went on to lose in the final to Mark Allen, who played some of his best snooker for quite some time, while in the English Open the Aussie would taste final defeat once more against current world number one Judd Trump. And then, in the final of the Championship League, Trump was defeated by Kyren Wilson.

Browse through helpful snooker tips and predictions!
Go for our tipsters' advice!

So there’s plenty of form players heading into this event, which will get underway on November 23, and so we’ll have to dig deep to find betting predictions for UK Championship that hit the mark!

The odds for UK Snooker Championship have been released by the bookmakers, and the favourite is the current number one ranked player in the world, Judd Trump, who is a best price with Bet365. The reigning world champion, Ronnie O’Sullivan, is next in the UK Snooker Championship betting odds with William Hill, while Neil Robertson can be backed as the third option with the same firm.

Who will win the UK Championship? - Best odds

Slightly further down the pecking order we have Mark Selby, and then the field starts to spread to longer odds for defending champion Ding Junhui, Kyren Wilson and Shaun Murphy. Plenty will be interested in betting on Mark Allen, while a trio of former world champions – John Higgins, Mark Williams and Stuart Bingham make up the rest of the top section of the betting.

Generally, it pays not to make bold UK Snooker Championship 2020 tips and predictions, because typically it’s the best players in the world who get their hands on the trophy. Ding, O’Sullivan, Selby, Robertson, Trump and Higgins….they have all shared this trophy since 2010, and at one time or another all could claim to be the best snooker player on the planet.

We’re not suggesting there will be any upsets in our UK Championship 2020 predictions either, and once again we expect one of the leading pack to get their name on the trophy. It’s interesting, because from a betting perspective we would argue that Trump is too short. We’re not saying he won’t win this tournament, but with so many quality opponents in the field do his odds reflect his probability chance of lifting the silverware? We would argue not.

Register at Bet365 and enjoy the best betting odds for UK Championship 2020!

And then we have Ronnie O’Sullivan, who has claimed that he enjoys playing in front of empty crowds because he doesn’t feel so much pressure to perform. He won the World Championship in those conditions earlier in the year, but the Rocket has also admitted that he doesn’t particularly enjoy the sterile atmosphere in Milton Keynes. Having not been quite at his best of late, he’s another to swerve. Otherwise, making a clear case in our UK Snooker Championship winner predictions is difficult, although three players in particular do catch the eye

Given how well they have been playing of late, both Neil Robertson and Mark Selby have to be at the heart of our 2020 UK Championship snooker betting picks. They have form and are both multiple-time major winners, so we know they have the pedigree to win this prestigious event.

And we were surprised to see Mark Allen available at such long odds, and so he is also in our betting tips for UK Championship 2020 winner. The Champions of Champions victor is also a former Masters winner, so we know he can deliver on the big stage too.

Fans in the UK are treated to hours’ worth of live streaming for 2020 UK Snooker Championship courtesy of the BBC and Eurosport. But if you want a slightly different method of watching, why not try your favourite betting apps and sites – they may just have a UK Championship live stream for you. There’s no better way to watch our UK Championship betting tips in action! 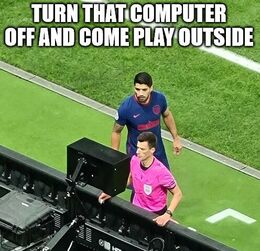