Today, you shouldn't be surprised to see that all Wales vs England betting tips show England as clear favourites to come out of this fixture victorious. That's because bookmakers' feeling is for the English not only to win this game, but also the group, and in many intelligent “experts” minds, possibly the tournament itself. As for the Wales vs England winner odds, currently, Bet365 have England at just around 1.50 to win with Wales available at above 8.00.

However, whilst many may have this down as a WC 2022 sure bet in favour of the Three Lions, the Welsh are certainly not without a chance. Even with only one point to its name, Wales still can advance to the knockout stages, but they must win and hope for Iran to get a draw against the USA. Ahead of this exciting Wales vs England fixture, here we examine the history of past meetings and present a brief preview of what should be an exciting encounter.

The game will take place on 29th November, with a local time kick-off of 10 pm, at the 40,000-capacity Ahmad Bin Ali Stadium. Although only 14 miles outside Doha city centre, the ground is in close proximity to the desert and to mark that, the merchandise, hospitality, and food outlets set up alongside will be shaped to resemble sand dunes.

Yes, we lacked a little bit of zip and quality in the final third and we were not able to open up to create really good chances, but we had to show another side of ourselves in terms of the resilience without the ball, the recovery runs, defending our box well, defending any number of corners and set plays that came in. - Gareth Southgate after the goalless draw against the USA, Sky Sports

This will be the 104th meeting between these two, with the English being successful 68 times, including a 3-0 victory the last time they met in 2020. The third tournament game for these two rivals could well turn out to be one of the most exciting of all the group-stage matches. If WC 2022 odds are to be believed, everything can happen. With the current situation in Group B, both teams must win as England would like to finish first and avoid playing against the Netherlands in the round of 16.

Reveal the latest tips for Wales vs England created by our tipsters!

For Wales, they will not want to be going home straight away, having qualified for only their second Finals appearance, and first since they made the quarter-finals back in 1958. They don't have a good situation with only one point after two games; that's why the Wales vs England best prediction has the Three Lions just edging it, through the extra quality in their ranks.

One of Wales's problems is the suspension of Hennessey. The starting goalkeeper saw a red card against Iran and he won't play against England with Danny Ward from Leicester City ready to replace him. Although Gareth Bale and Aaron Ramsey played poorly against the USA and Iran, this fixture is too important to leave them on a bench. As a result, we expect the best possible formation as Rob Page shouldn't risk and he should just trust his best players.

Because of the goalless draw against the USA, England has to put its biggest strengths into the clash with Wales. In the right-back position, Kyle Walker or Trent Alexander-Arnold may replace Kieran Trippier, while Phil Foden may replace Bukayo Saka in the XI. Of course, there's no way Harry Kane will sit on the bench, even though he's far from his best form. A possible change is also giving some rest to Jude Bellingham and giving a chance to Jordan Henderson.

Not surprisingly the leading bookmakers such as William Hill, Bet365, and Unibet, have released their actual Wales vs England winner odds and they favour England. Currently, they also have England at the best price to win the group, and at a very low offer to just qualify, with Wales being a clear outsider to make it to the round of 16[/b]; it can be expected that England will be very short-priced favourites, to win the game.

With that in mind, punters seeking the most lucrative Wales vs England odds will be well advised to look towards other markets, such as half-time/full-time, first goalscorer and correct score. In the meantime, you can take a look at the latest Canada vs Morocco winner odds for another of the WC 2022 third-game-week matches we covered in the related article.

Making a precise Wales vs England betting prediction is obviously difficult, considering they both are in a need of a win. This is also very much a “local derby” in international terms, meaning that any Wales vs England predictions have to take that into consideration too.

Wales is fired up to finally celebrate their first tournament appearance in 64 years, so they certainly are not going to be any sort of pushovers, even though they didn't shine at all in the first two games. Many players involved will be familiar with each other, with a high percentage of them competing together regularly in the English Premier League.

If England had come through their first two games unscathed, then there would have been a real chance the Welsh could force a draw out of this; but taking the inevitable extra-competitive nature of this particular match and the current situation in Group B into account, a Wales vs England prediction has to see the Three Lions proving to be just too strong for their plucky neighbours.

Even though the odds are not yet available, punters can still make their Wales vs England picks in preparation for placing a bet, and if that bet can then be a free one, then all the better. This tournament represents a bookmakers' biggest month, with a lot of competition for new customers, so they will do their utmost to encourage keen gamblers to their sites.

Standard bonus on William Hill
Bet £10 get £30 in free bets
Bet on England or Wales!

One way of doing this is to provide tempting WC 2022 online betting opportunities, with the likes of William Hill giving away a generous €30, Unibet €40, and Bet365 an impressive €50 in free bets. Making this the perfect way to put your Wales vs England betting tips to the test but without financial risk.

3.2 How to Bet on Wales vs England

Having made your Wales vs England betting prediction, you will be keen to place your selection at a respected brand. New players should head to one of the leading bookmakers such as William Hill, and complete the registration process, which is perfectly straightforward and will only take a matter of minutes.

Deposit your funds as directed, then follow the prompts to the markets for which your Wales vs England betting tips can be made, and turn the forecast into a “live” wager. You can apply the same process to our all our WC 2022 betting tips such as Ghana vs Uruguay predictions available in the related article.

Visit Bet365 and look for the best pries for Wales to make a surprise and defeat England!

The match takes place on Tuesday 29th November, at the Ahmad Bin Ali Stadium, with a 10 pm kick-off, local time.

The leading bookmakers have released their Wales vs England odds, and England is a favourite available at around 1.50.

4.3 ⚽ What is the time difference in the UK when this match kicks off?

Qatar will be 3 hours ahead of the UK, so it will be 7 pm when this game starts in the two teams' own countries.

These two sides have quality throughout their respective squads, but for the Welsh, the undoubted stand-out player is Gareth Bale and for the English it is Harry Kane, so any Wales vs England betting tips for first goalscorer, will probably feature these two superstars. 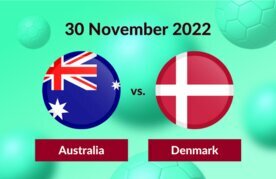 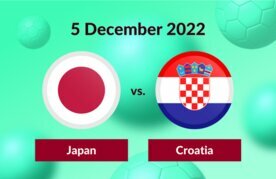 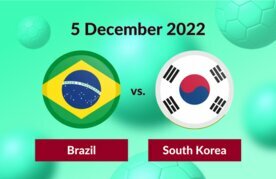 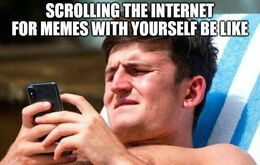 Load more fun
Play responsibly 18+
We use cookies to give you the best online experience. By using our site, you agree to their usage.
Didn't find what you were looking for? Try our lucky clover.
Wales