Continue below as we take a look at the players in contention to win the tournament in our Snooker World Championship 2021 predictions .

Choose your favourite and back him at Bet365!

Another former champion is also a serious contender if the odds are to be believed and Neil Robertson is available at 6.5 with Bet365. Can the Australian win his first World Snooker championship since 2010? Read on as we take a closer look at some of the main contenders to lift the trophy this year.

We begin our Snooker World Championship 2021 predictions by looking at the world number one, Judd Trump. He has enjoyed a successful 2020/21 season, winning several trophies including the English Open, Northern Ireland Open, World Grand Prix, and German Masters. Trump won the Snooker World Championship for the first time in 2019 before falling foul of the Crucible curse the following year. Nonetheless, there is no doubting Trump has a tremendous all-round game, capable of scoring heavily and winning tactical battles. The Englishman is quite rightly considered the favourite to win the 2021 World Snooker Championship but who will be pushing him close?

You can never write off Ronnie O’Sullivan, and Mark Selby has won a couple of tournaments this year, but on present form you have got to say Neil Robertson is the favourite. - Jimmy White, Eurosport

Ronnie O'Sullivan has perhaps not been fully focused on some of the recent World Championships, which is a great test of a players mind as well as playing ability. Perhaps the lack of an audience helped O'Sullivan on the way in 2020 as he went on to lift the trophy. He looked especially determined to succeed last year and his form has been decent throughout the season. The question is, does O'Sullivan have the stamina and mentality to defeat the likes of Trump in a long match? Regardless of form going into the tournament, O'Sullivan can beat any other player on his day and that makes him a serious contender to win the 2021 Snooker World Championship.

Neil Robertson is another player who has the ability to succeed at the Crucible this year. The Australian already has the UK Championship and Tour Championship in the bag this season but a doubt remains over his tendency to be drawn into a dogfight in the longer matches at the World Championship. Robertson has failed to get beyond the quarter final stage of the Snooker World Championship in his last six attempts and it will be interesting to see if he can at least go one better this year.

Mark Selby won the Snooker World Championship three times between 2014 and 2017 and is a huge danger to the three men highlighted above. Despite being inconsistent last year, Selby still managed to make the semi final of this event and that is the sign of a great player. If it were not for O'Sullivan, chances are Selby would have claimed his fourth World Championship title in 2020. The longer format matches at the Crucible suit Selby’s game and he has won the European Masters and the Scottish Open recently, meaning he is in good form. Selby must be considered a serious contender to win the 2021 Snooker World Championship. 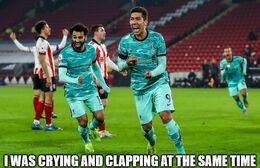