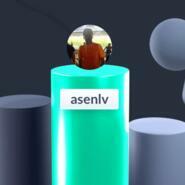 In another fifth 1/8 finals of the World Cup at the 40000 stadium " Al Janub " in Wakra rivals are Japan and Croatia. For the team from the " Rising Sun " this is the 4th participation in the eliminations in their history, but they have never been past it. They were considered as one of the two outsiders in the group and that was absolutely normal after two of the last 4 championships were in this one- Spain and Germany. The team started with a match against " Bundesttima " and by the break they were already losing the score. However, after the 70th minute they did the unbelievable and scored two goals and recorded 3 points. This was followed by a seemingly easy match for them against Costa Rica, who lost 0:7 in their first match. However, that didn't work out and they even recorded a 0:1 minimum loss and thus blew their chance to qualify after the second games and made it difficult to move on. In the last match Spain was waiting for them, but it would have been very difficult for them to be eliminated. The duel did not start well again and they were behind in the opening minutes. However, given the fact that in the other group Morocco came first and the favourites in the duel decided to keep their strength and the logical thing happened and Japan not only won the duel , but also came first in the group. The European team is the current number 2 in the world and after the first match they made 0:0 against Morocco, followed by a match with Canada , which was won more than convincingly with 4:1, although they conceded the first goal. However, this still meant little as all teams could have gone on. Their advantage was that even a draw against the third-placed team at the last World Cup would have guaranteed them a place here. Although not very easy, they managed to achieve it and finished in second place. In this knockout match, however, it is unlikely that they will like the draw, and Japan's luck in these finals must run out. Prediction-2