The Super Cup is a traditional match played between the winners of the Champions League and Europa League from the previous season. The 2020 Super Cup will come around quickly due to the fact the finals of the major European competitions in the 2019/20 campaign were delayed.

However, it means fans can already get excited about the upcoming Super Cup fixture between Bayern Munich and Sevilla. The match was originally scheduled to be played at the Estádio do Dragão in Porto but has since been switched to the Puskás Aréna, Budapest. The game will take place on the 24th of September and there is the possibility of some fans being allowed inside the stadium to support the teams, which is great news.

We will take a closer look at this game in our Bayern Munich vs Sevilla betting tips and highlight the latest Sevilla vs Bayern odds below.

Before making Bayern vs Sevilla predictions , let's take a closer look at the bookmaker odds for this game and see which team is the favourite in their eyes. The Super Cup 2020 odds are falling in favour of Bayern Munich. In fact, the Sevilla vs Bayern betting odds with Bet365 see the German Bundesliga and Champions League winners as a strong favourite to win the match.

This news should come as little surprise to those who saw Bayern Munich in action during their Champions League campaign. Following the lockdown, Bayern Munich have been superb, with some incredible results and performances, such as the 8-2 victory over Spanish giants Barcelona in the quarter-final of the Champions League.

Bayern Munich have become arguably the best club team in Europe over the past few months. Every aspect of their team looks strong and they have added the pace and trickery of winger Leroy Sane to their ranks - the former Manchester City man will be available for this game.

The Bayern vs Sevilla odds look less favourably on the 2019/20 Europa League winners. Sevilla did a fantastic job to defeat Wolverhampton Wanderers, Manchester United and Inter Milan to lift the Europa League last season. The Spanish club have a tremendous recent history in the competition and are the record holders in terms of the number of times they have won the tournament.

However, the Bayern vs Sevilla betting odds give them little hope of winning this game. Read on as we continue our Super Cup 2020 betting tips .

2. Bayern vs Sevilla - Preview and Predictions

We begin our Sevilla vs Bayern predictions by taking a look at the recent form of the German club. Bayern Munich have won each of their last 21 matches in all competitions, which is an incredible record. The only team that has really gone close to beating them was Paris Saint-Germain in the Champions League final but the French club failed to take their chances, mainly down to the great saves of Manuel Neuer in goal.

If you are looking for free tips for Bayern Munich vs Sevilla match in the Super Cup, check our tipsters!

Sevilla come into the match having won each of their last 6 games in all competitions. They may not have won each of their last 21 matches like their opponents but Sevilla have remained undefeated in 21 games which means they are difficult to beat. Therefore, do not be surprised if the Super Cup 2020 is a closely fought contest.

Continuing our Super Cup 2020 betting predictions , let's take a look at the potential number of goals we could see in this match. Sevilla have scored 2 or more goals in 3 of their last 4 games in all competitions ahead of the 2020/21 La Liga season. They have managed to find the back of the net at least once in 11 of their last 12 matches and will believe they have what it takes to score in this game.

Both Teams to Score

Bayern Munich have been scoring goals for fun and they have netted 3 or more goals in 3 of their last 4 matches, ahead of the new German Bundesliga season. You must go back 21 games to find the last time Bayern Munich failed to find the back of the net. Therefore, it makes sense to back both teams to score.

This should be a great game and you can follow a Bayern vs Sevilla live stream at some of the world’s leading online bookmakers. We recommend you sign up for an account at Bet365, 1xBet and William Hill, all of which offer excellent live streaming services. Plus, you can take advantage of our exclusive offers when creating your account.

Buthationd 6 days ago
I like Sevilla but their chances are extremely low here. Bayern is too strong for them and they will surely grab another cup.
Show all comments Hide all comments 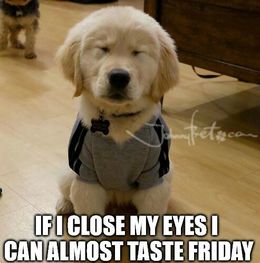