Most punters will dismiss any Brazil vs South Korea betting tips that suggest anything but a Brazilian victory, completely out of hand; which is understandable given the size of the task facing the massive underdogs. The South Americans are huge favourites for this tie, and remain many gamblers World Cup betting pick to win the whole tournament.

Here we review how these two have had very contrasting journey's to this game; recommend some potentially lucrative markets to try; and offer up some considered predictions.

It was almost inevitable, given the drama that has unfolded throughout this tournament, that the teams for this last 16 tie was in the balance right up to the last whistle, of the final group game. Brazil were just a goal away from slipping into second spot but the Swiss couldn't find a fourth goal. It looked like fellow South Americans Uruguay would scrape through to join them, however, a sensational 91st minute winner from South Korea's Hwang Hee-chan, following great work from star-man Son Heung-min, meant it was the Asian side who pinched runners-up spot on goals scored – four to Uruguay's two.

The Brazilians are massive favourites going into the match, which will be played on Monday 5 December, with a 10pm local time kick-off, at Stadium 974, which is probably the quirkiest of all the eight grounds being used at the tournament. It has a capacity of 40,000 and is made up of 974 shipping containers, which will be dismantled at the tournament's conclusion. The South American champions have already sampled victory here, beating the Swiss in their middle group game.

This is one of those fixtures which will probably be classed as a World Cup sure bet, by the bookmakers, such is Brazil's overwhelming strength of favouritism to win the game. They have met on seven previous occasions, with the South Koreans winning once in a friendly, back in 1999.

This is only the 3rd time that the Koreans have made it out of the group stages in eleven attempts, with a semi-final appearance at their own event in 2002, the furthest they have previously got.

They have an almighty challenge ahead if they want to better that achievement, as they first of all have to get past the five-times winners, who despite the continued doubts about Naymar's fitness, have within their ranks the hugely talented Vinícius Júnior, whose performances in the opening two group games were imperious. The Brazil vs South Korea best prediction is that the Brazilians will prove to be just a little too good; but there is every chance they will get a mighty fright, before clinching a victory.

The Brazil vs South Korea winner odds reflect the large distance in rankings between these two sides, as well as the past records at previous tournaments. Leading bookmakers such as: Bet365, Pinnacle, and 1XBET have acknowledged Brazil's near 30 places higher positioning and have them as clear winners of this tie at 1.25, with South Korea at 13.00, and the draw in 90 minutes at 5.75.

Should a gambler be prepared to try and be more precise with their selection, then there is still money to be made in the other markets. Brazil vs South Korea odds for the correct score of 2-0 to Brazil, can get odds of 6.00, with a 3-1 success an enticing 13.00.

If you are feeling brave, for a South Korea 1-0 victory, the current World Cup best winning odds for that scoreline are 29.00, and even the 0-0 draw at 16.00 maybe worth a punt. Switching to half-time/full-time betting could be up for consideration. The Draw/Brazil at 4.00 has a good look about it; or you could regard 29.00 for South Korea/Brazil as really tempting. More World Cup betting predictions you can find on our website.

Check out the odds available at Bet365!

There were some who thought that after losing to Ghana in their second group game, South Korea had missed their chance, but such is the fighting spirit within their squad that it shouldn't really have come as a surprise to see them come through so dramatically at the expense of Uruguay. With that in mind it would be foolish to completely right off their chances here, regardless of the quality of their opponent.

Any Brazil vs South Korea betting prediction has to take these sort of things into consideration, and any complacency will very likely be punished. In Son Heung-min they have a world-class operator; but the trouble is, the Brazilians have five or six of their own.

All things considered, it is difficult to offer up a serious Brazil vs South Korea predictions that do not have the South Americans progressing into the quarter-finals. In a tournament full of shocks, a victory for the South Koreans would top the lot, and probably with the longest World Cup winning oddsso far.

I don't really know what to say other than that, mentally, the Cup is very demanding. It drains you. The intensity of the matches, the preparation - they are components of analysis that we have to delve into deeper, but they are all considerable. - Tite during press conference, Reuters

World Cup online betting is always huge, and is only going to increase as the tournament hits the knock-out stages, which is why the leading bookmakers provide free bet offers, to attract new players, with the intention of building a base of loyal returning customers.

Bet365 provide a very tasty €50 (or equivalent in local currency) in additional funding, to act as a welcome to their excellent site; whilst IXBET will generously match a deposit to the tune of 100% up to €130 (or equivalent in local currency); to use on your Brazil vs South Korea betting picks. Remember that you should check out the special World Cup betting offer at 1XBET. With that in mind Brazil vs South Korea betting tips should be considered with these free bets seriously taken into account.

3.2 How to Bet on Brazil vs South Korea

Having made your Brazil vs South Korea betting prediction, you will want to know how to turn that into an actual bet. Sign up with one of the leading bookmakers, such as Pinnacle, who operate in more than 200 countries, and have established a name in the industry as one of the most trusted brands.

Once there, register yourself as a new player and deposit the necessary funds into your account, and then locate the markets that match up with your Brazil vs South Korea betting tips. Simply follow the straightforward prompts to place your bet, which will then be displayed in your online betting slip.

The game will take place on 5 December at Stadium 974, kicking off at 10pm local time.

The Brazil vs South Korea odds suggest that this is almost a World Cup sure bet with Brazil showing at 1.30, whilst the South Koreans are a massive 13.00.

4.3 ⏱ What time will it be in Brazil when the match kicks off?

Qatar is 6 hours ahead of Brazil, so it will be 4pm over in Rio when the game starts.

When looking at most forecasters' Brazil vs South Korea betting tips, they will point towards a comfortable Brazilian victory, and for good reason; they are favourites for this game, as well as for the whole tournament; so yes they most certainly can walk away with the trophy. 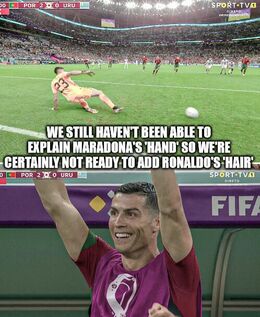 Load more fun
Play responsibly 18+
We use cookies to give you the best online experience. By using our site, you agree to their usage.
Didn't find what you were looking for? Try our lucky clover.
brazil