There are 8 groups in total, with 4 teams in each group. The teams will play each other home and away, giving each team 6 matches, 3 of which will be at home and 3 away. 26 of the teams automatically entered the competition at this stage whereas the additional 6 teams came through the qualifying rounds. There are 14 different countries represented in the group stage of the Champions League this season.

We begin our betting tips for Champions League by taking a look at the bookies favourites to win the competition. At the time of writing the Champions League winner betting odds with Bet365 has two teams leading the way. The first of those teams is Manchester City and they have been desperately trying to win the champions league under the guidance of Pep Guardiola since 2016.

Who will win the Champions League?

However, they have struggled to reach the final and have yet to do so in the history of the competition. Last season presented a good opportunity to play in the Champions League final but they failed at the quarter final stage, losing against Lyon, which was a disappointing result. Manchester City have attempted to strengthen their team defensively with the addition of Nathan Aké and Rúben Dias but it remains to be seen if this is enough for them to win the tournament this season. There is no doubt they will progress from the group stage given their favourable draw but it is the knockout stages where Manchester City tend to encounter problems. And if you want to see what are their chance to win in England according to Bet365 odds for Premier League, just read the related article.

All the teams who are in the draw, they are there for one reason - they are really good teams. Atalanta were the surprise team in Italy and have settled in that position, Ajax is famous for sensational youth development and football. It’s a very interesting group, so let’s see. I can’t wait to analyse the opponents next week. It’s an interesting one, all different ways. So let’s make sure that we are ready for them. - Jurgen Klopp during his conference press, Liverpool Echo

Moving on in our predictions for Champions League 2020/2021 and we come to the defending champions, Bayern Munich. The Germans were the winners of the Champions League last season, reaching the final thanks to some excellent performances including the 8-2 victory over Barcelona at the quarter final stage. They may have lost Spanish international midfielder Thiago but they have added former Manchester City winger Leroy Sane to their ranks.

Bayern Munich have Atletico Madrid in their group but they should have little trouble progressing to the Round of 16. Having kept the majority of the winning squad intact from last season, Bayern Munich lead the way in both our Champions League predictions and the Champions League winner betting odds.

Next in our betting tips for Champions League we take a look at the small group of teams considered as serious contenders to win the competition. Liverpool lead the way for the other contenders with Bet365 in the Champions League betting odds and they were disappointed to miss out at the Round of 16 stage against Atletico Madrid last season.

Who will be the Champions League top goalscorer?

Liverpool have added experienced midfielder Thiago Alcântara and forward Diogo Jota to their ranks. This squad know what it takes to win the Champions League and considering they have been drawn in a group with Ajax, Atalanta, and Midtjylland, Liverpool should have little difficulty in reaching the knockout stages.

Paris Saint-Germain reached the final of the Champions League last season and the current Champions League winner betting odds have them as one of the contenders to lift the trophy come the end of this campaign. With the likes of Kylian Mbappé, Neymar, Ángel Di María, and Mauro Icardi, there is no doubting the quality of their attacking threat but manager Thomas Tuchel has been keen to bring in reinforcements. PSG have been handed a tough group with Manchester United and RB Leipzig so the passage to the Round of 16 is far from straight forward.

It is impossible to count out Spanish giants Barcelona and Real Madrid when making predictions for Champions League. Perhaps neither team have the quality of previous seasons but both should come through the group stages without too much difficulty. Entering the knockout rounds, both Real Madrid and Barcelona still have what it takes to beat anyone on their day and the Champions League betting odds have them available as less favourites to win the tournament.

Other contenders include Juventus, Chelsea, Atletico Madrid and Manchester United.

Feeling like you need some cool Champions League statistics and predictions?
Check our tipsters!

Not only that but you can take advantage of our Champions League betting tips or even make your own to place a bet on the competition. 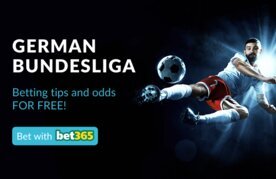 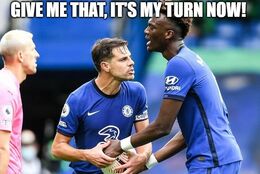