This season we celebrate the 30th edition of the best club tournament in Europe, so let’s take a look at some of the finest Champions League 2021/2022 betting tips. All of the remaining 16 teams playing in this competition have one goal in mind – to reach the final and win the most precious trophy. The list of Champions League favourites is long but who will win the ticket to Saint Petersburg? The current Champions League 2021 / 2022 odds at Bet365 are in favour of Manchester City and Bayern Munich, priced at 3.75 and 4.50, respectively.

Once the group stage was completed, we already knew that there would be a lot of great football to enjoy during this season’s knockout stages of the Champions League. None of the Champions League 2021/2022 favourites will have an easy path to winning their round of 16 ties and advancing to the quarter-finals will require a lot of effort. In our Champions League preview, we established the list of the hottest round fo 16 stage duels that includes:

Standard bonus on William Hill
Free Bet up to £30
Bet now with the best odds!

With such exciting matches, there will be enough opportunities to place your Champions League bets. And this is just the first knockout stage before the final that will be played on the 28th of May at the Krestovsky Stadium in Petersburg, Russia as the eight better teams will later fight in the quarter-finals. So, what are the best Champions League 2021 / 2022 tips and where to find the highest betting odds for Champions League? Continue reading and find answers below.

With so much time left to the round of 16, it’s really hard to prepare accurate Champions League 2022 betting predictions. However, there are a few things we can be sure of. First of all, if you consider betting on the 2021/2022 Champions League, always assume there will be at least two goals scored in every match. Let’s be honest – this competition involves the best teams in Europe that have tremendous quality in their squads and in the knockout stages there's no room for messing around anymorw.

When it comes to Champions League tips and predictions regarding potential top goalscorers, Roberto Lewandowski, Sebastien Haller, and Mohamed Salah are the name of players who scored the most goals during the group stage and are very likely to continue hitting the net in the knockout stages. Our Champions League 2021/2022 ante-post predictions advise you to bet on them to score at any time during their games – more often than not it will be a successful bet, especially against weaker teams. If you like to bet on European football you can take a look at the Serie A best betting tips from JohnnyBet.

Pick your favourites and bet on Champions League at William Hill!

Although it’s still too early to predict which two teams can reach the final, there are some obvious hints for who that may be. First of all, our Champions League 2022 winner betting tips indicates that probably there will be at least one team from England in the final. Why? Five out of the last eight finalists represented Premier League and two out of the last three Champions League winners were Liverpool and Chelsea who both defeated Tottenham and Manchester City, respectively. Also, Manchester United may play better after Ralf Rangnick became their coach replacing Ole Gunnar Solskjaer, which makes them one of the Champions League 2021/2022 contenders.

The rest of our Champions League 2021/2022 betting tips and predictions include:

It’s interesting to see how William Hill set their Champions League 2021/2022 outright odds when it comes to the nationality of the winners. England is a clear favourite here, priced at 1.66. Because of the great strength of Bayer, Germany is next at 4.50. France and Spain are available at about 10.00, while Italy can be backed at 17.00. If you want to risk, Champions League winners odds have a team from any other nation than already mentioned ones available at a juicy price of 13.00 with Ajax being the biggest favourite here. Before you place your bet, remember to register at our most recommended brands using our links and bonus codes.

Go to Bet365 and check whether you can find there live stream offer for Champions League!

4. Where to Watch Champions League

People in the United Kingdom and Ireland can catch Champions League 2021 and 2022 live coverage on BT Sport, while fans from the United States and Canada can watch Champions League live transmission CBS and DAZN, respectively. In Europe, depending on your location, Champions League broadcast is available on platforms such as DAZN and Amazon Prime Video in Germany, Sky Sport in Italy, Movistar+ in Spain, and beIN Sports and Canal+ in France.

However, you don’t need access to television to follow Champions League matches live. All you have to do is to check the best options for Champions League live streaming with bookmakers such as Bet365, William Hill, 1XBET, and Unibet. Remember to register there using our promo codes and links, which gives you an opportunity to start betting with great welcome bonuses. Thanks to that, you will be able to place your bets following our Champions League predictions while watching the free Champions League 2021 / 2022 live stream.

First, 32 teams are divided into 8 groups where they compete with each other and the best two teams from each group advance to the knockout stages. Two-legged ties are played in the round of 16, quarter-finals, and semi-finals. In the end, the two best teams play in the final.

You shouldn’t worry if you don’t have access to Champions League live broadcast on television. You just have to check whether sports betting brands such as Bet365, Unibet, and 1XBET offer Champions League 2021/2022 stream online on their platforms. Remember that the availability of UCL live streaming depends on your location. 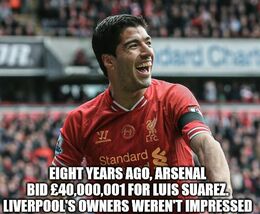