The UEFA Champions League is arguably the biggest club football competition in the world. The biggest clubs from the top European leagues including the Premier League, La Liga, Serie A, Bundesliga and Ligue 1 are involved and each match night is a great spectacle.

This season will be the 65th season of the tournament as a whole and the 28th season since it changed from being the European Cup to the Champions League.

The defending champions are Liverpool, who defeated fellow Premier League club Tottenham Hotspur to win their 6th Champions League. However, they have not added to their squad this summer while many of their European rivals have been busy in the transfer market.

The 2019/20 Champions League final will be played at the Atatürk Olympic Stadium in Istanbul, Turkey. Who will reach the final and where can you watch Champions League live streaming this season?

The UEFA Champions League is the most popular club football tournament in Europe and possibly the world. Therefore, the demand to watch live coverage of the games is huge and Champions League broadcasters pay huge amounts of money to screen the games live.

BT Sport have once again secured the rights to show live Champions League football in the United Kingdom. They show every match live and you pick which game you would like to see from the huge choice of channels.

Other big television companies around Europe which show the Champions League live include beIN Sports and Movistar, who offer coverage in Spain, Sky Sport who show live Champions League in Italy, Telekom Sport in Germany and RMC Sport in France.

Many of these are pay channels and you need a subscription to watch the games but there are some free Champions League broadcasters. They include RTE in Ireland, Polsat in Poland, RAI in Italy. HRT in Croatia, RTL in Belgium and Univision in the United States.

However, perhaps the best way to enjoy all the action this season is via Champions League live streaming.

With the group stage draw complete, there are plenty of games you do not want to miss. Real Madrid vs Paris Saint-Germain, Bayern Munich vs Tottenham Hotspur, Juventus vs Atletico Madrid, Barcelona vs Borussia Dortmund and Liverpool vs Napoli are just some of the matches you cannot afford to miss in the Champions League this season.

Don’t forget to sign up for a free JohnnyBet account ahead of the 2019/20 Champions League group stages. We will have Champions League betting tips, predictions and odds by JohnnyBet plus you can join the Tipster League and win great prizes. 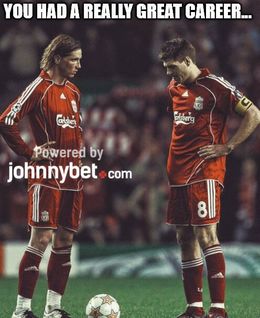