Another season of the oldest national competition in the world is about to end, so we prepared some of the best Chelsea vs Leicester betting tips before this year's final. The match will be played on the 15th of May at Wembley and both teams will do their best to win and grab this prestigious title, especially that for the first time during the COVID pandemic there will be over 21,000 fans watching the game live from the stadium. The odds for this match have Chelsea at 1.90 and Leicester at 4.10 to win.

As it is shown by the odds, there are no clear favourites here. Of course, Chelsea has a little bit stronger team and their form after replacing Frank Lampard with Thomas Tuchel is incredible, but Leicester has already shown this season that they can compete with everybody and they don't fear clubs from the top six. Read on for more Leicester vs Chelsea predictions and Chelsea vs Leicester odds. We also have some information about where to find the best Leicester vs Chelsea live streaming.

We start our Chelsea vs Leicester preview with a few words about the bookies' favourites. It is understandable why most experts and fans treat Chelsea as contenders here. Once Thomas Tuchel became their coach, The Blues started to play amazingly well – they have already come back to the Premier League's top four and reached the Champions League semi-final. This is why bookmakers such as Bet365 see FA Cup final favourites in them.

Obviously, it’s going to be a privilege to lead the team out to the final. I think in terms of the performance, I feel we deserved it. I’m delighted for the players. They’ve shown that they’re constantly learning. I said to them last year after the semi-final loss that failure is an actual real integral part of succeeding and even though it’s tough and it’s difficult we’ve got to take it and learn from it. - Brendan Rodgers before the FA Cup final, The Guardian

On their road to the final Chelsea won against Morecambe, Luton Town, Barnsley, Sheffield United, and Manchester City. In these five matches, they let their opponents score only one goal. Their best game was in the semi-final where they were strong enough to outperform Manchester City, denying them the chance to win the treble this season. It is also worth noting that Chelsea played in the three of four last FA Cup finals but they won only once – in 2018 against Manchester United. Continue for more Chelsea vs Leicester tips and predictions and Leicester vs Chelsea betting odds.

Register at Bet365 and look for the best odds for the Chelsea vs Leicester match!

Although Chelsea has everything to win, we can't underestimate Leicester. After their successful race for the title in the 2015-16 season, they have always been close to the Premier League's top four. This season they play very good football and thanks to some weaker performances of Liverpool, Tottenham, and Arsenal, they have a big chance to qualify for the next season's Champions League. However, we have to remember that the Foxes were surprisingly beaten by Slavia Prague in the Europa League's round of 32. That may be one of the reasons why bookies such as William Hill treat them as outsiders.

For Leicester, this year's FA Cup final is a great opportunity to win the first trophy since they won the Premier League in 2016. They earned the ticket to the final after beating Stoke City, Brentford, Brighton, Manchester United and Southampton. Even the oldest Leicester fans may have trouble remembering their last FA Cup final appearance as it was over 50 years ago. That should be enough motivation for the Foxes to bring their best game and try to win against Chelsea. Read on to get more FA Cup final betting tips and betting odds for Chelsea vs Leicester.

We already mentioned the strength that lays in Chelsea's defence, but Leicester is also a team that can be very well-organised and effective in preventing their opponents from scoring goals. In January the Foxes showed that in the match against Chelsea where they won 2-0. Overall, in the last eight games between these clubs, we saw more than two goals scored only twice. This is why one of the best Chelsea vs Leicester betting predictions is that there will be under 2.5 goals that are available with bookies such as Unibet.

Chelsea vs Leicester | Both Teams To Score - Best odds

However, we have to remember that this is a final and both teams want to win. With offensive players like Kai Havertz, Timo Werner, or Hakim Ziyech in Chelsea and James Maddison, Jamie Vardy, or Kelechi Iheanacho in Leicester, it isn't that bold to opt for both teams to score that is available at great odds with 1XBET. You can also play something a little bit safer and follow popular odds for Leicester vs Chelsea to bet on Chelsea to win without conceding a single goal. This concludes our Leicester vs Chelsea betting tips and predictions.

Check what predictions for the 2021 FA Cup Final have been made by our tipsters!

If you are wondering where to watch Chelsea vs Leicester, we have some valuable information for you. When it comes to FA Cup final live transmission in TV, fans in the United Kingdom can choose between BCC and BT Sport. Fans from other European countries can enjoy FA Cup 2021 final live streaming thanks to providers such as DAZN, Eleven Sports, or Sport Klub, depending on their current location. However, if you don't have access to the TV, you don't have to worry.

That's because Leicester vs Chelsea live stream will also be available via the best sports betting sites on the market. For example, you can register at 1XBET, Bet365, William Hill, or Unibet to watch Leicester vs Chelsea transmission for free. In most cases, all you have to do is open an account and make a small deposit. Remember that while watching this match, you can place your bets as well with the help of our Chelsea vs Leicester betting tips. 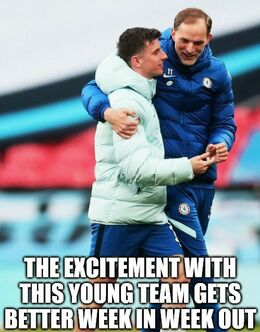