The draw for the 2020/21 Champions League group stages has been complete and we look forward to bringing you our Chelsea vs Sevilla betting tips. This match will be played on the 20th of October and is in the first round of fixtures from Group E. Rennes of France and Krasnodar of Russia make up the group.

Both Chelsea and Sevilla will fancy their chances of progressing from this group into the knockout stages considering the opposition. However, both will be aiming to get off to a good start by winning this game and the pressure will be on Chelsea as they are the hosts. The Blues fell at the Round of 16 stage last season and were comfortably defeated by Bayern Munich.

Sevilla on the other hand tasted success in European competition as they defeated Inter Milan in the final of the Europa League last season.

1. Chelsea vs Sevilla – The Favourites

Chelsea finished in second place in their Champions League group last season although it was a close run thing as third place Ajax were only 1 point behind. Chelsea recorded their best results away from home and they struggled to pick up victories at Stamford Bridge, winning only one of their three group matches.

I am happy with the draw in the fact that we analysed straightaway the teams we are playing against. We are very aware that every Champions League group is very tough. So I know a lot of the reaction afterwards was what a great draw it is for Chelsea but we can’t approach it with that mindset at all. They are very tough games. Sevilla won the Europa League last year, and both of the other teams are emerging teams that will cause us a lot of threats and dangers, so let’s see. - Frank Lampard after the group stage draw, Metro

Frank Lampard’s team suffered a defeat at the hands of Valencia and were held to a 4-4 draw by Ajax, although Chelsea did well to come back into that match to take a point. Their overall form in the Champions League is not great and Chelsea have won only one of their last 5 games in the competition. Furthermore, Chelsea have picked up just a single victory in their last 7 home Champions League games.

However, when making Chelsea vs Sevilla betting predictions it is worth remembering the signings Chelsea have made over the summer. Hakim Ziyech, Timo Werner, Kai Havertz, Ben Chilwell, Édouard Mendy, and Thiago Silva have all joined the club and will have a large part to play in their Champions League campaign this season. There is no doubt this group of players has the talent to win this match but much will depend on how well they can play as a team rather than individuals.

If you want to find the best Chelsea vs Sevilla betting odds, just look at Bet365!

If they can gel, predictions for Chelsea vs Sevilla will favour the hosts who are seen as the favourites to win the match. Continue below for more Chelsea vs Sevilla betting tips as we take a look at the chances of the away team.

2. Sevilla vs Chelsea – The Outsiders

Sevilla tasted yet more European glory last season as they lifted the Europa League trophy for the 6th time. They are by far the most successful team in the history of the Europa League competition but question marks remain over their Champions League credentials. The furthest Sevilla have gone in the Champions League is the quarter final stage which they have done on two occasions, once back in 1957/58 and most recently in 2017/18.

Sevilla will be hoping they can create further history for the club by going beyond the quarter final this season and the first task will be to take something from this match against Chelsea. However, the odds for Chelsea vs Sevilla are not in their favour and the Spanish club are the outsiders to win the game.

Sevilla’s recent record in the Champions League shows they have won only one of their last 6 games in the competition. Their away record shows just a single victory from their last 5 Champions League matches on the road but that did come on English soil as they defeated Manchester United 2-1 at Old Trafford.

Despite only winning one of their last 5 away matches in the Champions League, Sevilla have lost only one of their 6 most recent away games in the competition. That record suggests they could pick up a point from this game and the draw is available at 12/5 with Bet365. We have more Chelsea vs Sevilla betting predictions below.

3. Other Bets for Chelsea vs Sevilla

Sevilla have shown themselves capable of picking up results on the road in the Champions League but with Chelsea's attacking options you feel they will have to score at least once to get anything from this game. The draw and both teams to score is one of the top Chelsea vs Sevilla predictions and the odds with Bet365 are really tempting. Also, check our PSG vs Manchester United betting tips available in the related article - you can make some money from them, too.

Havind 10 months ago
3-0 for Chelsea, they are on fire, come on!
Show all comments 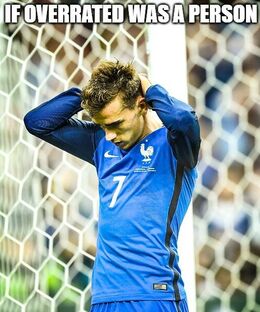 Load more fun
Articles
Play responsibly
Didn't find what you were looking for? Try our lucky clover.
Chelsea vs Sevilla