Conor McGregor announced this week his retirement from UFC, but we, and the bookmakers as well, are not convinced about how long the Irishman will stick with his decision. This would be the second time that the ex-UFC champion declared out of the fighting business, the first being in 2016 after loss to Nate Diaz, only to change his mind couple of days later.

Conor McGregor's UFC career is full of controversy. Changing the MMA sport, Notorious is now recognized as one of the biggest stars in the business. This did not change even after losing by him 2 of his last 4 fights, one of which was against Floyd Mayewather in boxing.

Conor McGregor retired means a lot of rumours about his next step. Although, bookmakers do not really believe in McGregor's retirement announcement and that we will not see the Irish UFC superstar again in the octagon, having him at 2/5 odds to be back in the UFC. They have him also at 2/1 odds to follow Ronda Rousey's steps and appear at WWE event. You can also bet Conor winning mentioned WWE Championship at 3/1. As you can see, bookmakers give some chances that McGregor's WWE career will be also a successful one. We can assume, Conor McGregor special odds give us a little idea what the former UFC champion is up to.

What will be next for McGregor?
Bet
Odds

Will come back to UFC and fight again
Bet with 1XBET
1.40 Place a bet

Will appear at Wrestlemania 35
Bet with 1XBET
2.00 Place a bet

Will fight another professional fight in boxing
Bet with 1XBET
2.88 Place a bet

Will win WWE Championship
Bet with 1XBET
3.00 Place a bet

McGregor likes, when all eyes and attention are focused on him, so we will have to just wait and see for ourselves, if this time he is serious. McGregor's retirement tweet ended with „Pinacoladas on me fellas”, so at least this time we will have something from this.

Majess1997 over 2 years ago
Really? Again? I do not believe that he is finished with UFC. But going to WWE would be something. Conor is box office whatever he does.
Show all comments 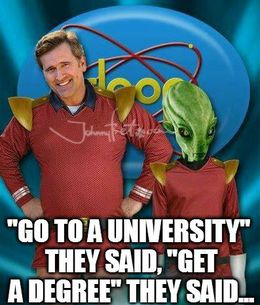