Mirko "Cro Cop" Filipovic is waiting for another great fight. His opponent will be American MMA fighter Roy Nelson. The fight is held on Saturday night, February 17th. The host is Mohegan Sun Arena in Uncasville, and Cro Cop and Nelson will fight for the Bellator 216 gala. It will be the first performance of Mirko in Bellator, and not the first fight against Nelson. Namely, the American celebrated the win in their only fight and Filipovic managed to set up a duel for revenge. Originally, they were set to fight at Bellator 200, but due to injury Cro Cop was forced to withdraw. Who is favored by the bookmaker's opinion, what are the odds on Cro Cop, what are on Nelson? Let's find out.

If you have not heard about Bellator, it's the second most popular MMA promotion in the world, based in California. For Bellator, various martial stars perform, such as Frank Mir, Fedor Emelianenko and many others. Fight between Cro Cop and Nelson will be one of the main events of Bellator 216.

Check out other betting tips!

Mirko Filipovic has 36 wins and 11 defeats in his professional MMA career, with two draws. Roy Nelson's stats look slightly weaker - 23 wins and 15 defeats. Attention should be paid to the current form. So Cro Cop has achieved 8 wins in the last 8 rounds, while Nelson has only won 3 times in the last 9 fights! As for physical attributes, the Cro Cop is 5cm taller and 5kg lighter than the opponent. In their one-of-a-kind fight, UFC 137, Roy Nelson knocked Filipovic in the third round, so he made Mirko really wanting revenge. It remains to see if that will succeed.

World online bookmakers have not yet released odds for Cro Cop and Nelson fight, as well as for other Bellator 216 fights. Most people familiar with MMA betting believe that the odds will be equal to both fighters and that bettors may have little advantage to give Nelson. Our tip? Wins Mirko Filipovic. Why? As you can infer from the above statistics, Roy Nelson is downhill, while Mirko has not lost the fight for nearly five years. In addition to the better form, Mirko seems to want more victory, so we bet on Cro Cop! We hope he will not let us down. 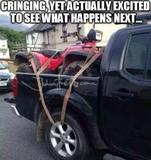